Matt, 41, and the rest of the Countryfile team visited Derbyshire in the East Midlands for this evening’s instalment, home to such landmarks as the Peak District.

At the end of the BBC programme, Matt took to the Chesterfield canals to learn more about the history behind one of the regions popular staple pieces.

Speaking of the archaeological dig which unearthed an infamous Cuckoo boat which were popular on the canals in times gone by, Matt explained: “Now, this find inspired a group of volunteers to build from scratch a Cuckoo boat as it’s called.

“These boats were particular to the waterways in Chesterfield. Cuckoo’s didn’t have any engines and were horse drawn along the canal,” he added.

This has to be the oddest interview I’ve done

Volunteer Michael Edwards told the presenter: “The only way they could move boats in that time was by horse and one horse could pull one boat with 25 tonnes of coal in it and that carried on right until the Chesterfield canal’s working days finished.”

After introducing viewers to horse called Charlie, Matt said: “Charlie can sit back at put his hooves up today though as he doesn’t have to bare this load. But I’m sure you can guess who’s been roped into do it.”

Next seen tied to a harness which was connected to one of the Cuckoo boats, Matt and Michael attempted the feat carried out by horses.

Matt remarked: “I’m just going to start leaning into it,” as he got used to the harness, with Michael telling him: “Turn yourself around the other way. Keep your arms in if we can walk together.

The One Show presenter quipped: “Oh, there’s a technique is there?”

Michael then told the presenter: “We have to be careful we don’t go too fast. We can’t stop it remember,” to which Matt chimed: “I feel like I’m on world’s strongest man.” 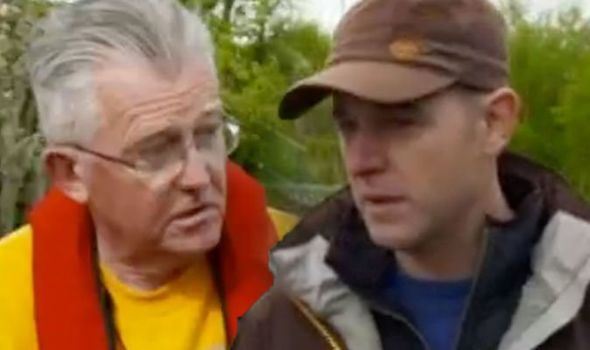 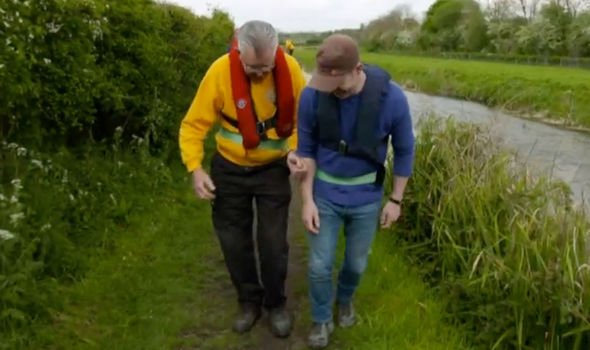 The volunteer went on to explain: “The boat’s about 10 tonnes and it’s got about six tonnes of water on it in tanks because unless the boat’s got weight on it, you can’t steer it.”

It was at this moment Matt commented about the unusual circumstances in which the interview was being conducted.

Matt said to Michael: “This has to be the oddest interview I’ve done.”

Stunned by the presenter’s remarks, Michael quipped: “I’ll take that the right way,” with him and Matt bursting into hysterics as they completed the task.

Viewers at home were in awe of seeing the homage to the canals of Chesterfield, taking to Twitter after the show ended. 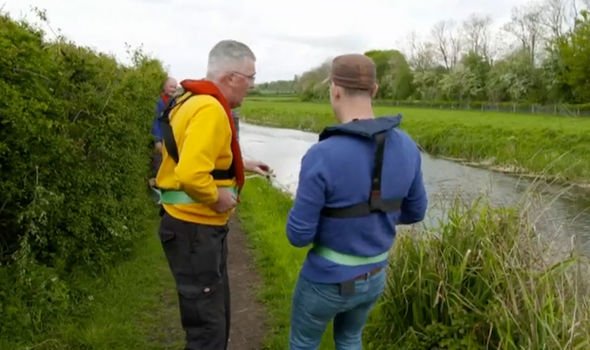 Another added: “Loving this cuckoo makers accent, so reminds me of being a small child but this type of accent is dying out in our youngsters #countryfile.”

Recently, Matt’s Countryfile co-star Helen Skelton, 35, has spoken out about her competitiveness with The One Show host.

Speaking with Express.co.uk, Helen said: “I saw him the other day, we both have camper vans so we had a bit of a camper van off.

“All we talk about at the minute is who has the best van, we are both very competitive,” the presenter continued.

Countryfile continues Sunday at 7pm on BBC One.