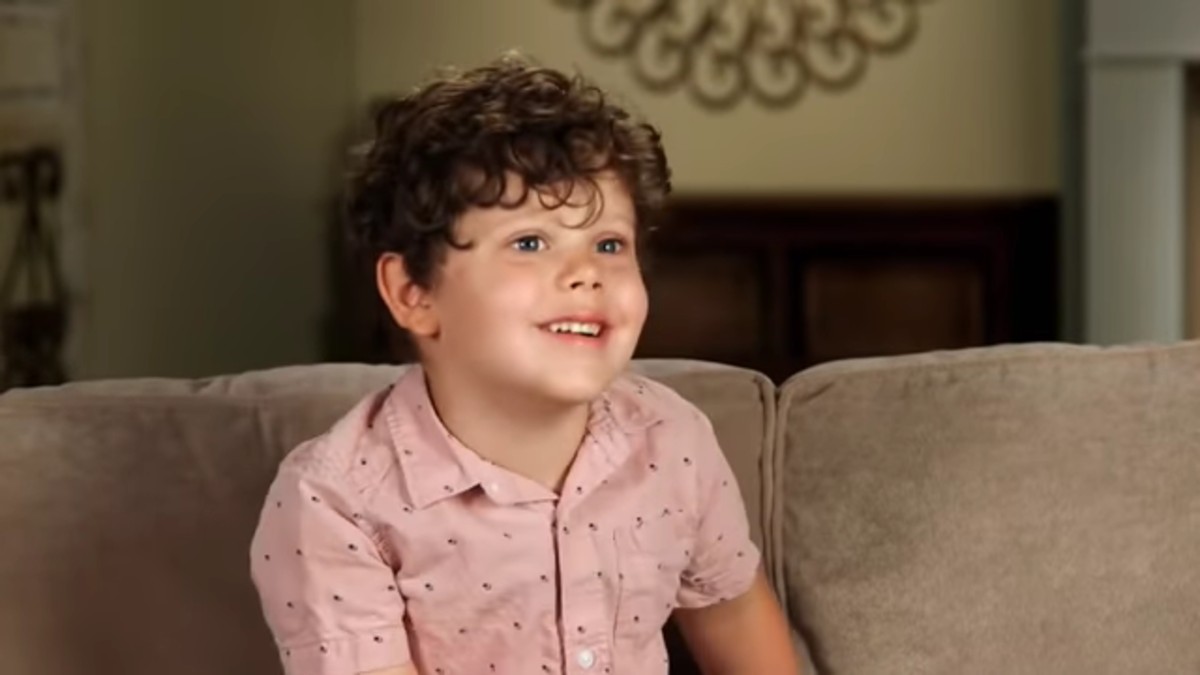 Jessa Duggar’s son, Spurgeon Seewald, has given Counting On fans quite a few laughs during this season.

He has been seen on camera more and more as he gets older and learns to talk more. Spurgeon has even had some time in a confessional alone and other times, he is with his little brother, Henry.

Counting On fans think Spurgeon is “the cutest”

As he comes up on his fifth birthday, Spurgeon is stealing the spotlight. His witty comments and remarks on Counting On have fans gushing about how adorable he is.

During the most recent episode, he spent time with his dad, Ben Seewald, at his Uncle John-David Duggar’s “Datchelor” party.

When asked in the confessional about how the steak was, he said it was good but that he had not had any. When the producer asked how it was good if he hadn’t tried it, he went on about how he didn’t eat because he had eaten crackers in the car.

On Twitter, Counting On fans were raving about Spurgeon and how cute he is. One user said, “Jessa’s son Spurgeon is the CUTEST of the Duggar off spring. I said it. #CountingOn.”

Another went on to say, “#CountingOn spurgeon is the cutest ever omg.”

On social media, Jessa Duggar often updates her followers about cute things that have happened with the children. She is a mom of three, but Spurgeon was the first one to give her that title.

She often shares things he says that are funny or witty, revealing the soon-to-be-five-year-old has a sense of humor. He often aims to make his mom and dad laugh, which translates over to his confessionals on Counting On.

He is the oldest grandchild who gets actual time on the show. Anna Duggar and her children appear infrequently, but they are not given confessional time. Jill Duggar’s son, Israel was recently blurred out from the show, so Spurgeon is the only grandchild who is featured on a consistent basis.

One thing is for certain, Jessa Duggar has her hands full with Spurgeon. He has stolen Counting On viewers’ hearts and continues to have them gush over how cute he is over and over again.

At nearly five, Spurgeon Seewald has managed to garner a whole new fan base because of his charisma.

Counting On airs Tuesday nights at 9/8c on TLC.