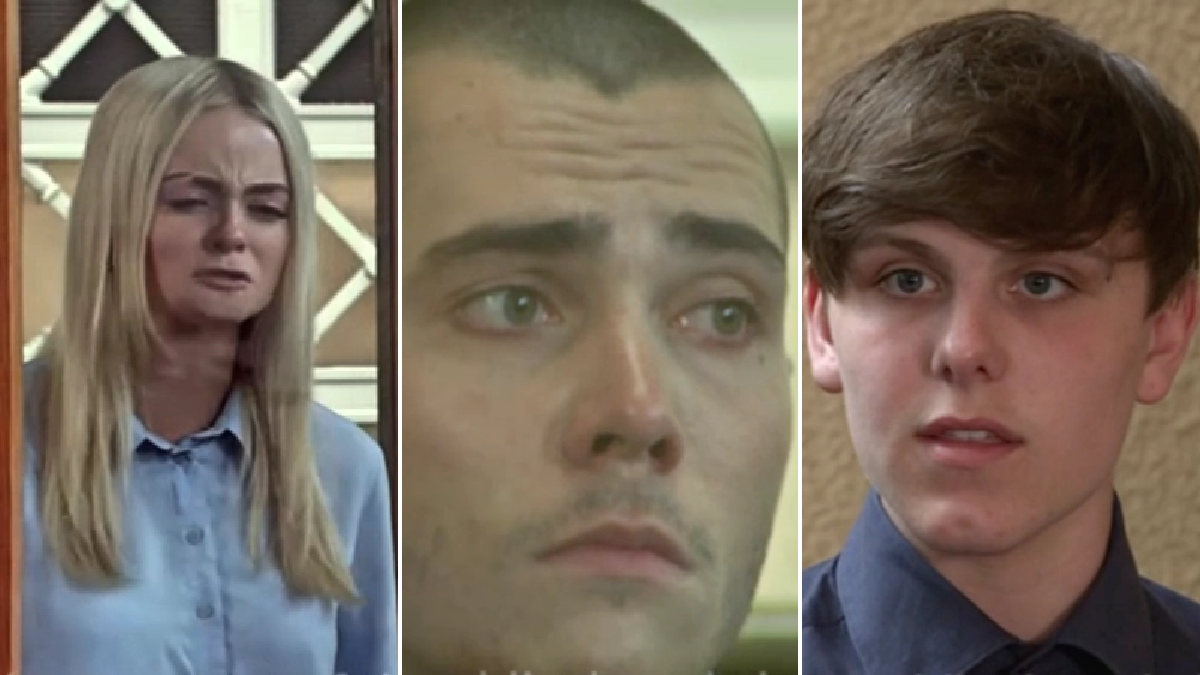 Kelly Neelan (Millie Gibson) stood up for herself in powerful Coronation Street scenes tonight (September 3), after Eli took to the stand and told lies about her in order to protect Corey Brent (Maximus Evans).

The trial continued during tonight’s double-bill of the ITV soap, with Eli facing daunting questions from Sabeen and Imran Habeeb (Zora Bishop and Charlie De Melo).

It was Sabeen’s turn to cross-examine the teen first, asking him to describe what he saw on the night of Seb Franklin (Harry Visinoni) and Nina Lucas’ (Mollie Gallagher) attack.

‘I’ve pleaded guilty to attacking Nina, so I’m not going to lie about that,’ he said. ‘But I just want you to know that Kelly hit her first. She started it all!’.

While viewers know that Kelly did, in fact, slap Nina at the wasteland, she did not partake in the assault that followed. Nina was attacked by Eli and Jay, while Corey carried out a brutal beating on Seb, which ultimately led to his death.

But Eli told a very different version of the story on the stand, claiming that he didn’t see Corey doing anything, before pointing the finger at Kelly.

‘[Corey] was stood behind me,’ said the teen. ‘I didn’t see him at all to be honest, I just remember he was shouting at Kelly to get off Seb.’

Kelly, horrified, refused to sit and listen to the lies.

Getting to her feet, she smacked the glass in front of her, telling the court that Eli’s words cannot be trusted.

The judge was none too pleased, nor was Imran, who desperately tried to get Kelly to be quiet. But it was clear that she wanted to say her piece.

‘You didn’t hear Corey telling me to get off Seb because I didn’t touch him!’ she shouted. ‘That never happened!’

‘I’m not going to sit here and keep my mouth shut while people tell lies about me!’

Kelly knew there was more going on than meets the eye, and even speculated that Corey’s dad Stefan (Paul Opacic) had paid Eli off to keep shtum about what really happened that night.

‘Has daddy paid him to lie for you?’ she said to Corey. ‘How much did it cost?’

The judge had enough, and demanded that Kelly be removed from the court at once. She burst into tears, as Toyah Battersby (Georgia Taylor) escorted her out.

Abi Franklin (Sally Carman), meanwhile, evidently thought Kelly was on to something when she claimed Corey’s dad had paid Eli off. But will she be able to find proof?

Watch The First Trailer For Come Play, Which Is Just Babadook With iPads