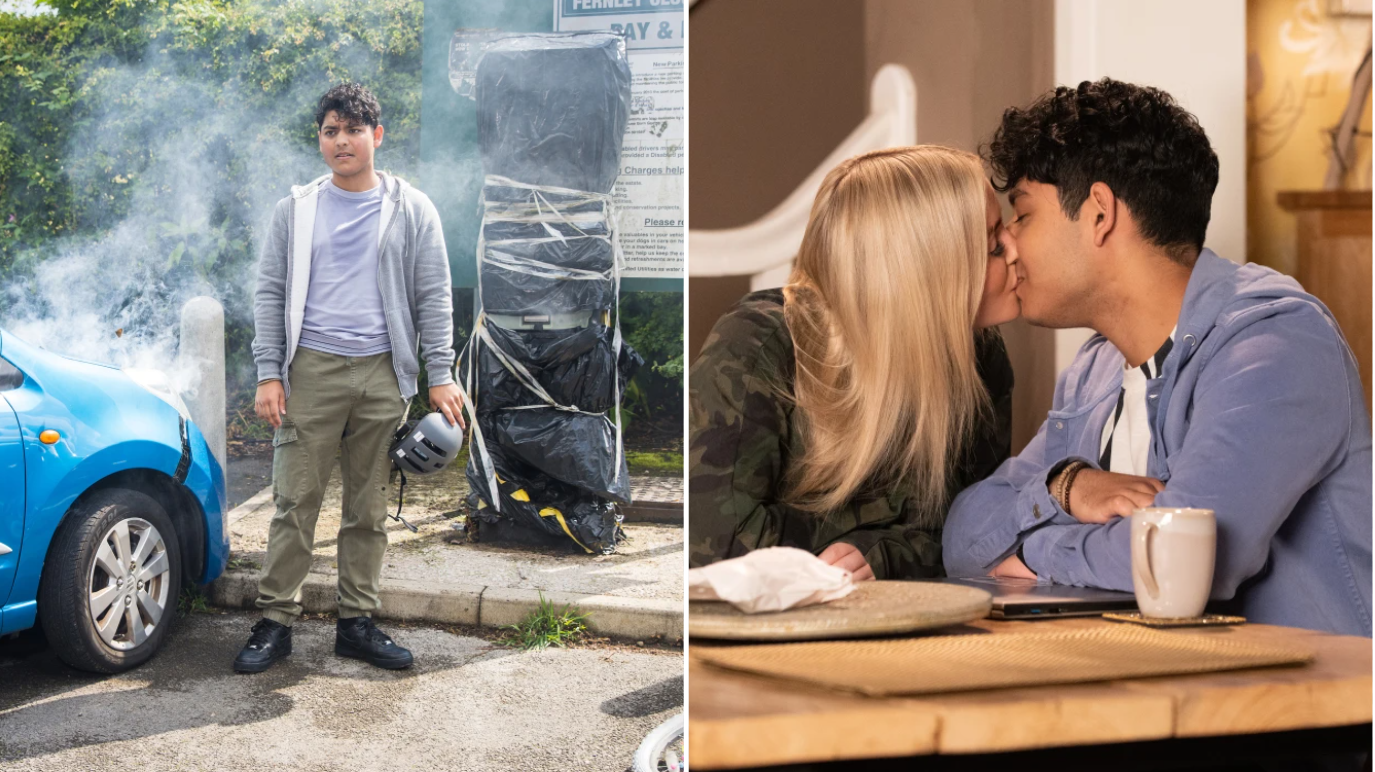 There is a problem, however, as it appears Kelly ends up taking things a bit more seriously than her boyfriend.

After enjoying their first sexual encounter together, love is in the air as Aadi presents Kelly with his mum’s engagement ring.

The next day, Kelly and Aadi meet up with Ellie – the Weathy Gazette journalist – in a hotel bar.

They take part in the Mr and Mrs quiz as part of the competition, but they fail to answer the questions correctly.

Back in Weatherfield, Aadi announces that he’s passed his driving test and Dev (Jimmi Harkishin) is delighted, handing over the keys for Aadi’s new car.

However, when Asha (Tanisha Gorey) confronts Aadi over Kelly’s engagement ring, he explains that it’s not a real engagement – and Kelly overhears everything.

Hurt by Aadi’s comments, Kelly chucks the ring at him, jumps in his new car and speeds away.

Oddly enough, Aadi seems to think using Asha’s old princess bike to get to Kelly will be quicker than going on foot, so he jumps on and sets off down the ginnel.

Eventually, Aadi finds his car crashed into a bollard, but is Kelly okay?

With knowledge Millie Gibson is set to leave Coronation Street soon, we can assume Kelly probably will be okay following this crash – could that be foreshadowing further danger for her this autumn?

Alec Baldwin “So Done” With ‘SNL’ Trump Gig: “I Can’t Imagine I Would Do It Again”