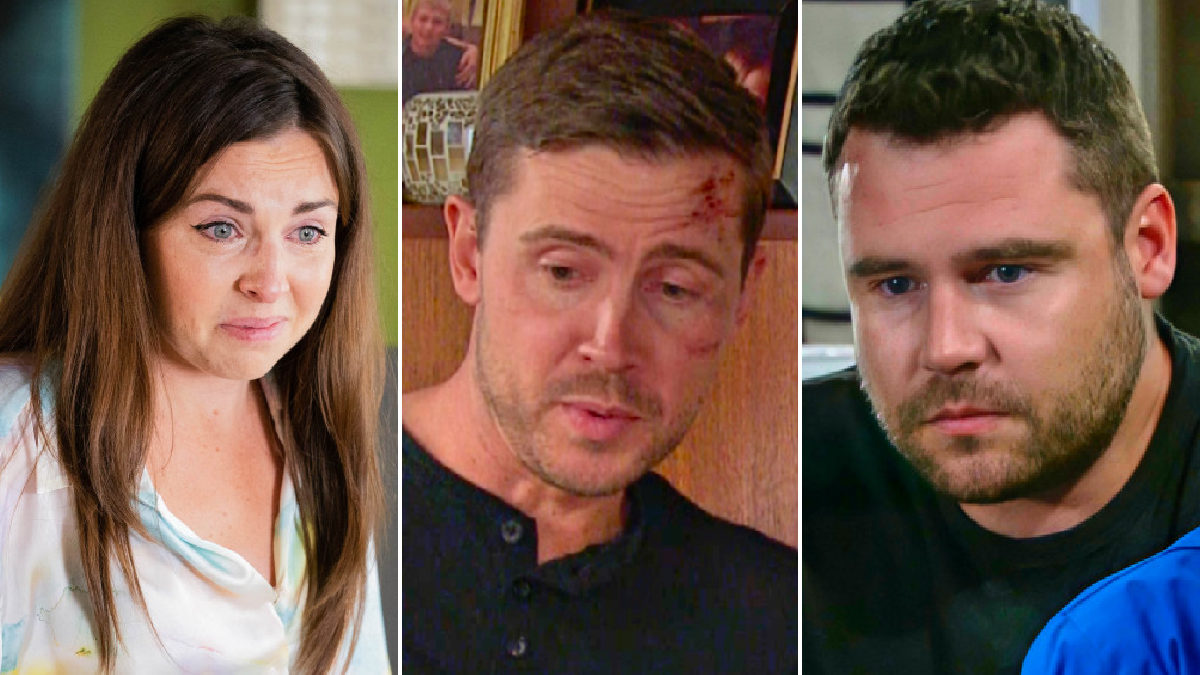 Secrets are revealed and lies are exposed in what promises to be a game-changing week for soap’s finest schemers.

Todd Grimshaw is left to die in Coronation Street, after Shona Platt accidentally knocks him down, but will he be able to remember anything about the incident?

EastEnders’ Ruby Allen continues to struggle with the guilt of what she did to Stacey Slater, and upcoming scenes will see her make a huge confession to Jean. Has she at last come clean about her part in Stacey’s imprisonment? If so, how will Jean take the news?

Summer Ranger, meanwhile, sinks to a whole new low in Hollyoaks, as she claims that Brody Hudson attacked her, hoping that such a revelation will strengthen the hold she has over Sienna Blake. But will her plan pay off?

And over in Emmerdale, Aaron Dingle takes shocking action after catching Liv Flaherty undressing in front of Jacob Gallagher, kicking his own sister out of her home.

In the wake of the Tokyo Olympics having concluded, EastEnders will resume its regular broadcast pattern, meaning that episodes will no longer be available to stream on BBC iPlayer each and every Monday. You’ll just have to catch them when they air instead!

Corrie, Emmerdale and Hollyoaks will air as normal in their respective timeslots.

Todd gets knocked down in Coronation Street

Shona reveals to David that she went to move his car, but in the process, she hit something. David, shocked, accompanies her to check for evidence, but failing to find any, they conclude it’s nothing to worry about. That is, until they discover Todd has been the victim of a hit-and-run! Abi, who assisted in mending the car, reveals she won’t say anything, but questions are soon asked and David is arrested! Todd, meanwhile, recovers in hospital, claiming to have no memory of the accident.

Ben is threatened in EastEnders

Ben is threatened by a loan shark in scenes which Vi and Callum witness. Callum wants to know what’s going on and demands the truth. Ben is having cash flow problems, and when he finds out his dad is leaving for France, he goes to see him, before asking for help. But Phil refuses! Vi, meanwhile, discusses Ben’s money issues, carelessly telling Kathy everything. Little do they know, however, that Kheerat is listening in.

Jimmy moves back in for Carl in Emmerdale

Juliette drops yet another bombshell, leaving Jimmy and Nicola stunned. The former couple are forced to break the news to Carl, hoping that they’ve done enough to assure him he’s both wanted and safe. Things take a turn, however, prompting Jimmy to make the decision to move back in. He claims it’s only for Carl’s sake, but will romance blossom once more for he and Nicola?

Mandy struggles with Nancy and Darren’s decision to ban Charlie from seeing Ella, and thus she schemes behind their backs, organising a covert meeting between her daughter and Charlie. They’re soon caught out, however, and when Ella realties that Charlie isn’t meant to see her, she lashes out at Mandy. But Mandy retaliates with some harsh words! Ella later vanishes, leaving Mandy sick with worry!

Tyrone tells Evelyn and Alina that Fiz and Hope have gone to stay with Cilla, but Evelyn knows there’s more going on than meets the eye, and he eventually comes clean about everything. Alina, meanwhile, wonders if an old face from her past could’ve started the fire, but after confronting this Rachel, she’s not so sure. Matters are complicated further when Alina finds out that Tyrone lied about Fiz’s whereabouts, and when she sees Fiz return home, she takes shocking action. As Fiz is helped into a police car, Tyrone reveals the truth to Alina, leaving her in shock!

Martin is shocked that Ruby is hellbent on helping Jean, but Ruby is simply trying to put good vibes out into the universe. Jean, meanwhile, is shocked to discover large sums of money in her bank account, and sets out to confront Ruby, as she doesn’t want to be seen as a charity case. Jean hands the money back to Ruby, who opens up about her hospital appointment. And later, Ruby makes a huge confession.

Aaron kicks Liv out in Emmerdale

Liv invites Jacob over, telling him to choose a movie for them to watch. She knocks back the vodka for courage, evidently wanting to forget about Vinny. Afterwards, she suggests that Jacob join her upstairs, and starts to undress! Aaron walks in and catches her, leaving her mortified. One thing leads to another, and Aaron kicks her out!

One to watch: Wednesday August 11 at 7pm on ITV.

Sienna is issued a warning about scheming Summer in Hollyoaks

Worried she’s losing her grip on Sienna, Summer returns home claiming that she’s been attacked by Brody, insisting that this isn’t the first time it’s happened. Damon, horrified by Summer’s accusation, tells Sienna to wake up, suggesting that she’s being gaslighted by her girlfriend. Sienna is shocked by Damon’s theory, and subsequently confronts Summer on the matter. Liberty, meanwhile, leaves a clue which Sienna finds, and she’s delighted to know her sister is alive. Oh, and Brody makes an impromptu return as well!

Daisy makes a move on Daniel in Coronation Street

Daniel orders a bottle of champagne and celebrates, having learned that his mum has given him a house. Daisy is impressed, and looks at him in a whole new light. Ryan heads off to a gig, and Daisy takes the opportunity to flirt with him, complimenting his photos of Bertie, as she claims she loves kids. Ryan’s return prompts Daniel to head out, and Daisy watches him go, wistfully.

Harvey makes a discovery about Bobby in EastEnders

Harvey moves into Albert Square, and Terry and Kathy give him a hand to do so. Kathy mentions it’s the Islamic New Year, making Dana and Bobby nervous. Bobby invites Dana to mosque, and attempts to convince her that they should tell Harvey the truth about him, but the choice is soon taken out of his hands, as Terry tells Harvey all about how Bobby converted to Islam. Harvey is livid, while Kathy is fuming with Terry.

The Good Karma Hospital season 3 ITV air date: When does series start? How many episodes?