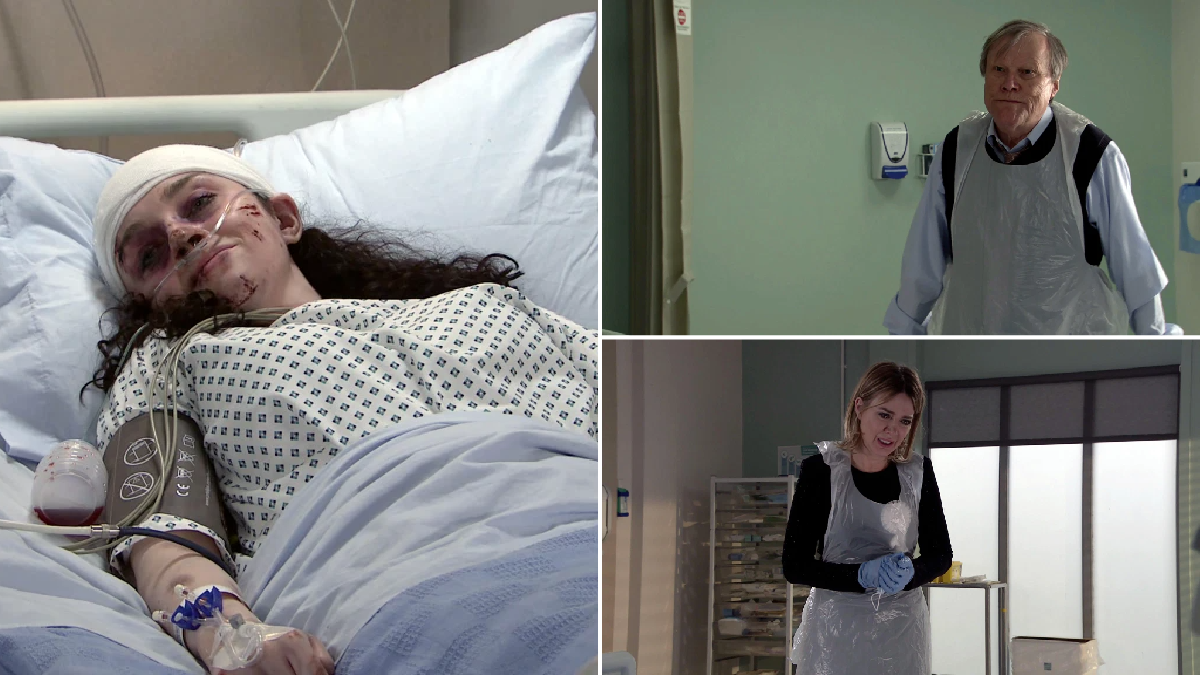 Life looks set to change forever for teenage couple Seb Franklin (Harry Visinoni) and Nina Lucas (Mollie Gallagher) in Coronation Street after a violent attack leaves them both out cold with devastating injuries.

As they are rushed to hospital, Abi (Sally Carman) and David Neilson (Roy Cropper) are beside themselves as operations and tests are carried out – but what will the ramifications be and have their young lives been impacted for all time?

The horror event kicks off after an altercation with vile Corey Brent (Maximus Evans) and his gang, in which he targets Nina over her goth sub culture.

Nina and Seb are out for a romantic walk when they are confronted by Corey, Kelly (Mollie Gibson) and others – and things soon turn nasty.

Egged on by Eli, Kelly slaps Nina across the face. As Seb and Nina hurry away, the gang gives chase and they find themselves subject to an unprovoked and vicious attack.

At the hospital, Abi and Roy realise the extent of what has happened to their loved ones and they hope for a positive outcome.

The doctor explains to Abi that they’re going to run some tests on Seb. Worried sick, Abi asks Kevin (Michael le Vell) to cancel their wedding. As Kevin hurries out, Abi listens to the voice message Seb left shortly before he was attacked.

An emotional Abi tells Seb how much she loves him as he’s wheeled away for his scan. Nina regains consciousness and tells Roy and Abi that all she can remember of the evening was seeing Corey and his mates.

But as further tests are run on both patients, will there be bad news on the horizon? How far has Corey’s actions devastated the futures of Nina and Seb?

And can they ever move past this?