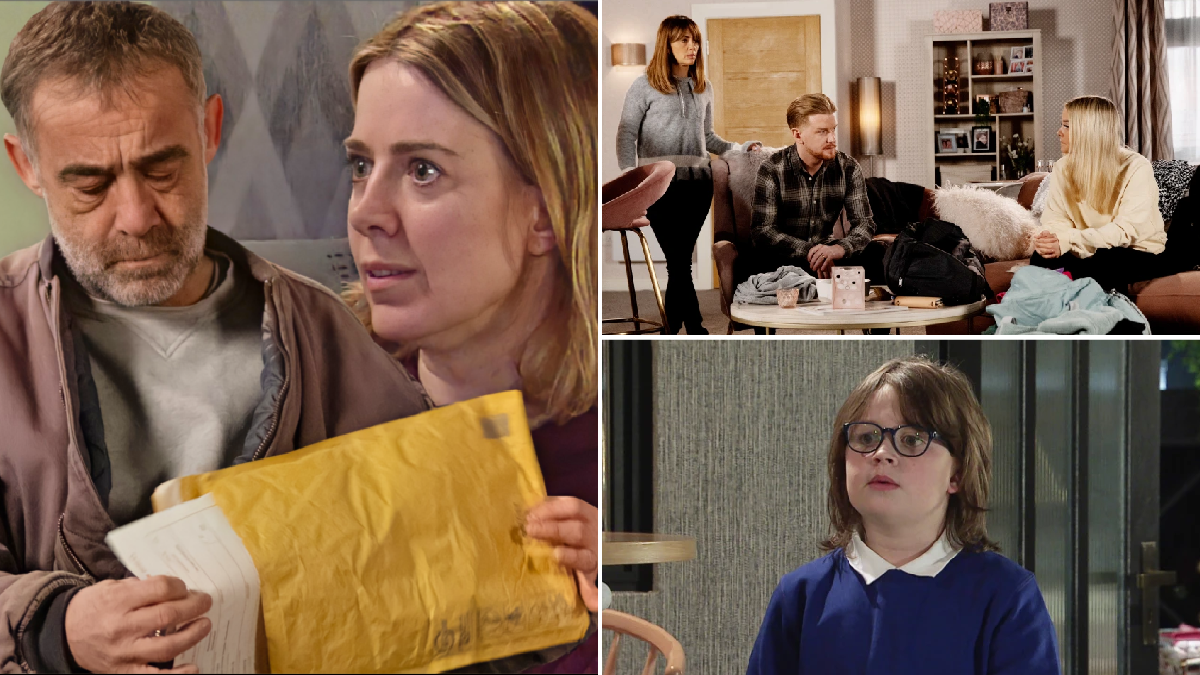 It’s set to be an explosive week for the nation’s most famous street, as a major secret is exposed, and a murder rocks the cobbles.

Imran Habeeb (Charlie De Melo) sets Abi Webster (Sally Carman) up with a solicitor free of charge, before secretly heading off with her to register Alfie’s birth.

Toyah Battersby (Georgia Taylor), however, later bumps into Abi carrying a package and assumes she’s back on drugs, unaware that the package in question is Alfie’s paperwork.

Determined to help, she warns Kevin Webster (Michael Le Vell) about her suspicions. Kev drops by Abi’s flat and hunts for the package while she’s making tea, and soon enough, he makes the mother father of all discoveries, as he finds the birth certificate, which states that Imran is the father!

Kelly Neelan (Millie Gibson), meanwhile, is stunned when she finds out that the police are at County’s new training ground searching for a body. Gary Windass (Mikey North) and Maria Connor (Samia Longchambon) are concerned by the discovery, but they attempt to mask their panic for Kelly’s sake.

A body is soon found, but Kelly clings to the hope that her dad is still alive. Soon enough, the police confirm the body is indeed Rick’s, and Kelly is utterly bereft.

It’s all kicking off on the cobbles next week, and here’s a first look at everything you’ve got to look forward to.