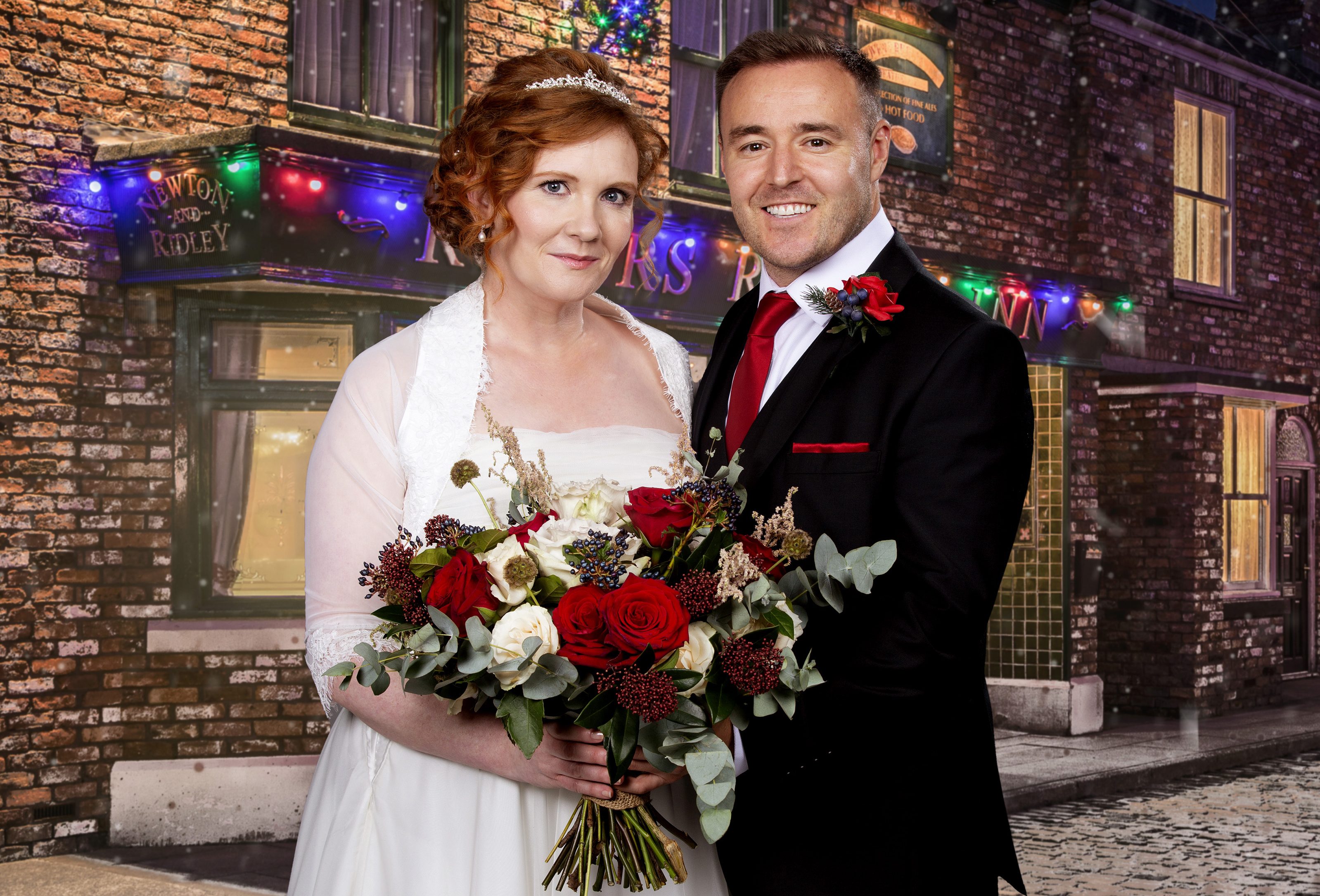 Christmas Day brings romance and wedding drama in tonight’s Coronation Street – will Fiz Stape (Jennie McAlpine) and Tyrone Dobbs (Alan Halsall) get their happy ever after?

Tyrone has the perfect day planned out, but when oblivious Fiz ends up stranded, the groom fears that it’s all going to fall apart.

Elsewhere, Daniel Osbourne (Rob Mallard) is also planning a big surprise for the woman he loves – but what will Daisy Midgeley (Charlotte Jordan) say?

What happens in Coronation Street on Christmas Day?

Fiz opens her Christmas present and is disappointed to discover a box of chocolates and a keyring. Tyrone shares a secret grin with the girls.

As Tyrone, Hope and Ruby descend the stairs in their wedding outfits intent on surprising Fiz, they find a note on the table informing them that she’s gone to buy a turkey.

In a panic, Tyrone calls Fiz’s phone, only to find she’s left it at home. As Chesney and Gemma instruct him to head to the hotel while Bernie and Dev wait for Fiz, Fiz’s car breaks down on a country road.

Realising she has no phone, Fiz sets off on foot to look for a phone box as Tyrone tells the guests it looks like the wedding is off.

As they head to the Rovers to tuck into the buffet, has Tyrone’s surprise spectacularly backfired? Fiz stops a passing walker, Chris, and explains her predicament. Will he help?

Audrey, Gail, Nick, David, Shona, Leanne, Max, Sam and Toyah sit down to Christmas lunch in the bistro. Max unwraps his present and is thrilled to find a state of the art editing package.

But when David makes a joke about Griff, Max leaps to his defence and storms out. David regrets his remarks.

Jenny confides in Ken how Daniel was planning to propose to Daisy but the engagement ring was stolen in the burglary. Ken’s left thoughtful. Can Daniel pull off his proposal after all?

His sofa plans up in smoke, George wonders where they’re all going to sit and what on earth he can give Eileen for Christmas. Todd forms an idea.

Tim’s thrilled with his present from Sally. Elaine insists Stephen joins her for a glass of wine. Realising he has little choice, Stephen paints on a smile.