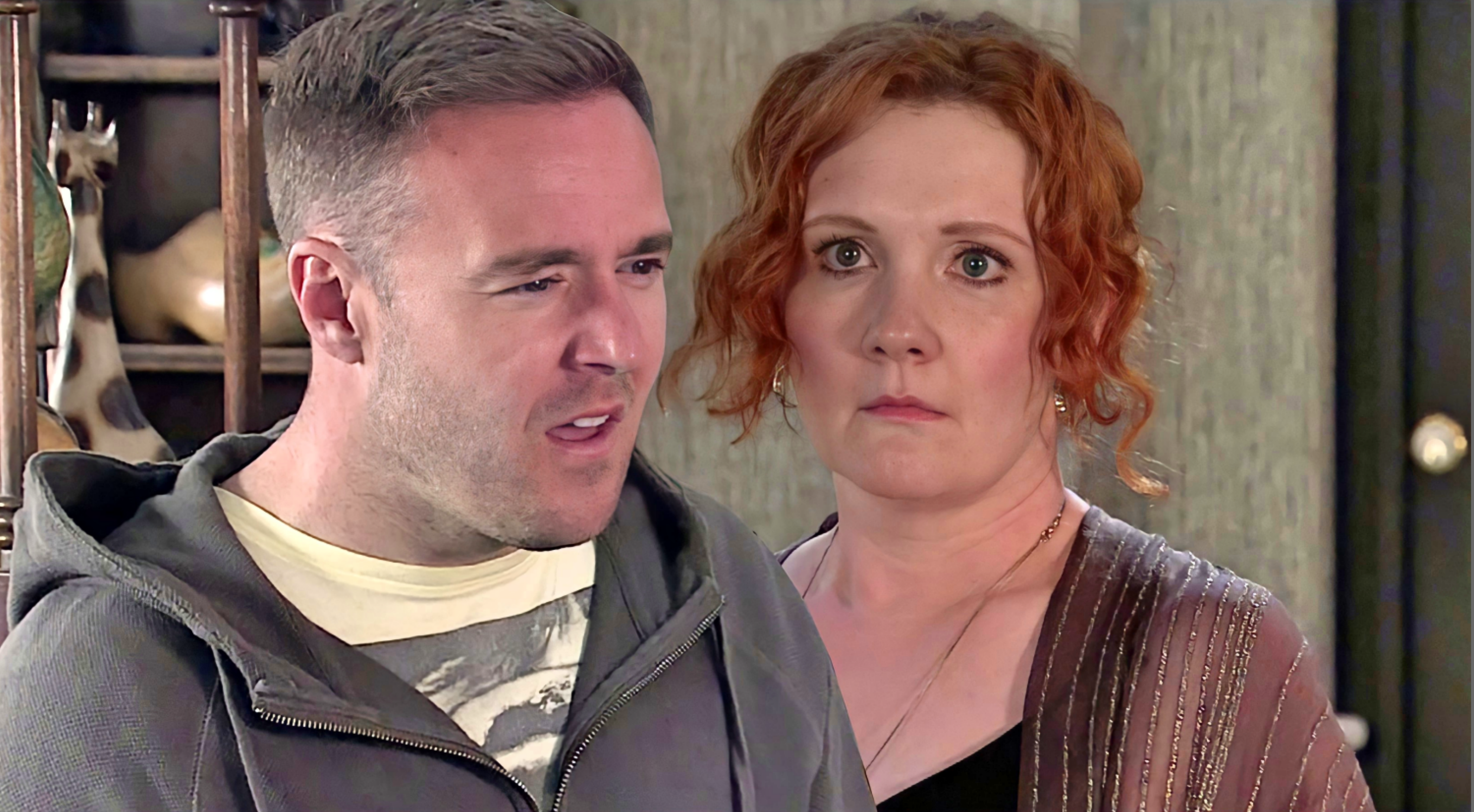 Fiz Stape (Jennie McAlpine) is about to have the rug pulled out from underneath her in Coronation Street, as she discovers that Phill Whittaker (Jamie Kenna) is harbouring a big secret.

The discovery is set in motion by Tyrone Dobbs (Alan Halsall), who last week, spotted Phill in Victoria Gardens with a mystery man, when he was supposed to be out of town.

Wirth her suspicions piqued, Hope (Isabella Flanagan) does some digging on her stepdad’s laptop, and makes a rather interesting discovery.

Her first instinct is rage, as she enters the digger outside their new home and pulls a lever, sending the arm of the digger straight through Phill’s windscreen!

Fiz, meanwhile, is devastated by her beau’s betrayal, and thus retreats back to the street.

‘Tyrone of course immediately puts his arms out and says “Come home, I’ll do whatever you want me to do”,’ Alan Halsall told Metro.co.uk. ‘Then of course he says “I’ll get your stuff from Phill’s house.”

‘So he goes to see Phill, just with the intention of getting Fiz’s stuff back, but there’s a few buttons pressed and Phill’s partaking in a bit of DIY at the time with some wet concrete.’

Phill reminds Ty that he’s no stranger to breaking Fiz’s heart, recalling how he dumped Fiz for Alina Pop (Ruxandra Porojnicu), resulting in an altercation ensuing.

Phill, however, loses his balance and grips onto to Ty for support, resulting in the pair falling into wet concrete!

Things then take a turn, as Phill loses an engagement ring, which makes Ty realise that his love rival is intent on proposing to Fiz! Phill subsequently does just that, popping the question to Fiz, but will she say yes?

That remains to be seen! Alan, meanwhile, reckons that Fiz should be with Tyrone due to their ‘history’.

‘I think the one thing that Coronation Street has – above all other shows as far as I’m concerned – is history,’ said the soap star. Tyrone and Fiz have an unbelievable history, they’ve got years together, they’ve been through so many things together.

‘Of course there have been speed bumps along the way and most of those have been down to Tyrone and been his fault, but certainly this time I think he recognises what he’s done, what he’s lost.

‘He recognises that Fiz is his soulmate and I think he’s praying that she chooses him.’

But will she do so? Or is Phill set to be her husband?