However fans couldn’t take Gary seriously after his violent outburst due to the choice of transportation he used to return to the crime scene.

Super villain Gary borrowed Bethany Platt’s (Lucy Fallon) car to drive to the middle of the woods where he had left Rick’s body.

Viewers watching felt Bethany’s fiat 500 wasn’t exactly the most intimidating car for a man who has just murdered someone in cold blood.

One viewer sarcastically tweeted: “That was SO menacing, Gary driving off in a Fiat 500 #Corrie.”

“Gary Windass “Killer in a Fiat 500” Be afraid… Be very afraid! #Corrie,” another added.

Comparing him to villain Pat Phelan (Connor McIntyre), one said: “Phelan in a Fiat 500 I’m sorry, I don’t know why that cracked me up so much, it’s a nice car but… it’s hardly the whip of someone trying to be an evil, intimidating baddie! #Corrie.”

“Imagine turning up to murder someone in a fiat 500 #Corrie,” wrote another. 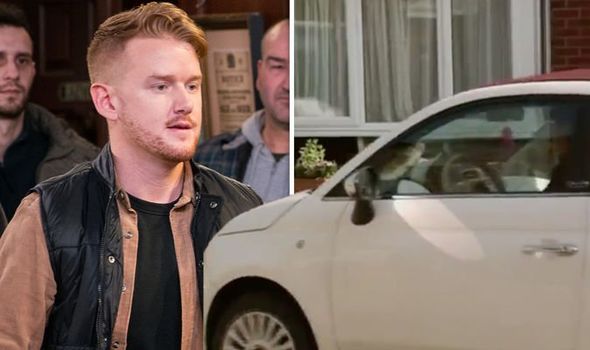 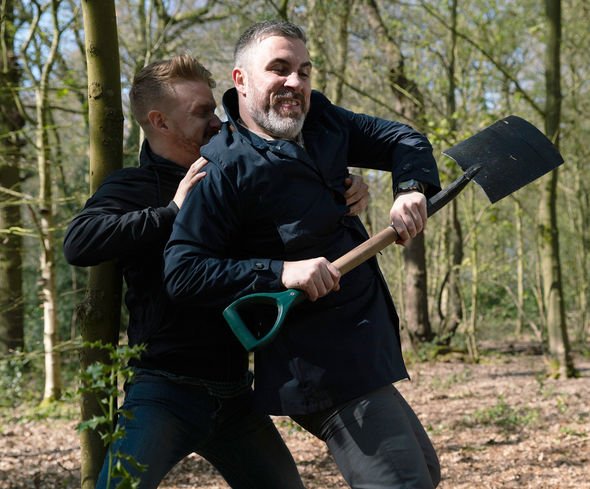 Once the super villain had returned to the scene of the crime he dragged the body into a hole and started to fill it up.

With his villain status cemented, who will be Gary’s next victim?

Meanwhile, Robert Preston (Tristan Gemmill) could be set for heartbreak after Vicky Jefferies (Kerri Quinn) fears for the welfare of their unborn child.

Robert and Michelle Connor (Kym Marsh) have recently rekindled their relationship after Michelle overheard the restauranteur revealing he no longer wanted a child.

But little did she know that he had been in a secret relationship with Vicky who he dumped once he decided to give things another try with Michelle. 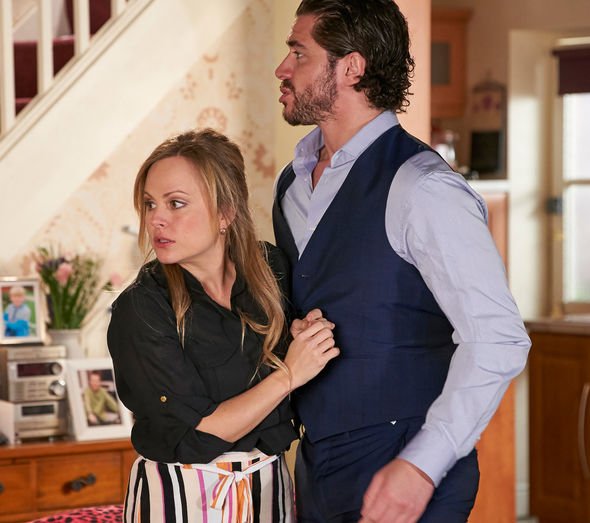 Robert had no idea about Vicky’s pregnancy when he called things off but that is all about to change.

In upcoming scenes Robert will discover the truth and be torn between the love of his life and the mother of his unborn baby.

Robert decides to propose to Michelle but begs Vicky to reconsider her plans for an abortion.

Later when he hears that Vicky has fallen ill he fears the worse.

Has Robert lost his chance to be a father and will Michelle discover his secret?

Whatever happened to Chantelle Houghton after CBB to marriage with Preston?