Coronation Street fans were devastated when Ken Barlow (played by William Roache) announced he was moving out of number one. But, thankfully this didn’t mean he was leaving Weathefield all together, instead, he and girlfriend Claudia Colby (Rula Lenska) had chosen to live in a retirement village. However, according to the latest soap spoilers, Ken is not happy with his new surroundings.

In upcoming scenes, Ken is delighted when he sees a familiar face in the Stillwaters complex – Norris Cole (Malcolm Hebden).

The former Kabin newsagents owner had embarked on a new chapter of his life in Edinburgh before word got around he was at a silent retreat in Shepton Mallet last year.

After selling number three Coronation Street, he decided it was time for a quieter life at he too, bought a place in Stillwaters with wife Freda.

With Ken and Norris now neighbours, it seems both of them are not happy in their new living quarters. 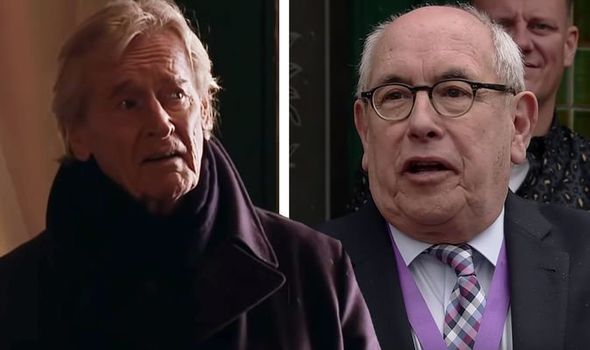 Later this week, Ken will say goodbye to his beloved terrace house and move his belongings into his new apartment.

But in doing so, he has had to leave behind he precious dog Eccles as the new property doesn’t allow pets.

Once moved in, he and Claudia are introduced to fellow resident Charles Lake (Michael Elwyn), who quickly becomes animated with the hairdresser.

Luckily for Ken, he manages to escape Charles dry conversation after bumping into Norris in the corridor. 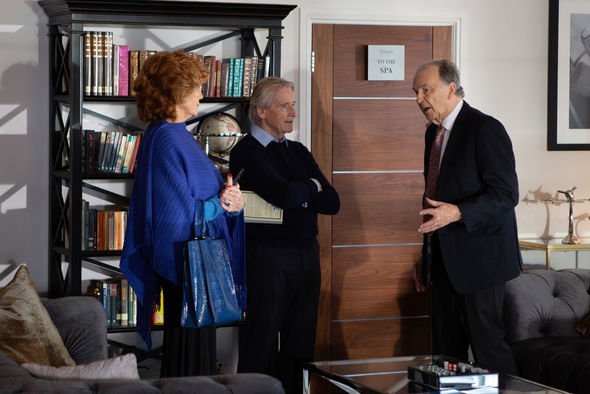 Delighted to see his old friend, Norris is quick to reveal how much he hates his life in Stillwaters and asks Ken’s help to conjure a plan to escape.

But how is Ken going to react?

He has just made a mammoth life decision, and no longer has a home on the cobbles to return to.

There is also the question of how Claudia is going to react, she was very persuasive about moving and put a lot of the wheels into motion.

With Ken now getting cold feet, she is going to be furious. 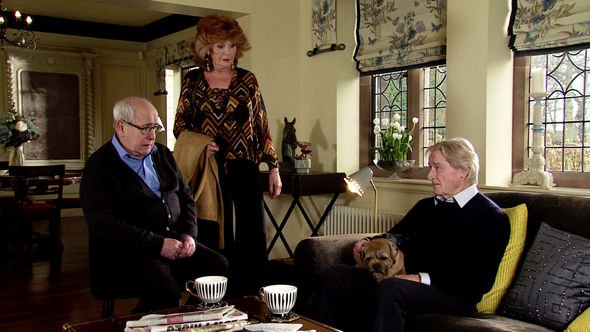 On the other hand, what exactly is Norris planning?

For fans, it would be ideal if both men returned to Coronation Street, after all, panic ensued when the soap teased Ken’s exit.

He told the press: “We have already started filming at the retirement complex and I am really enjoying it.

“It always feels different when we film away from the street.

“It seems fitting that Ken [made] this decision in the 10,000th episode, but it will be strange not filming in Number 1 after all this time,” he added.

Viewers will have to tune into upcoming scenes to find out what really happens.

'Saved By the Bell': So Many Cast Members Dated Behind the Scenes: 'It Was Incestuous'