There are a number of explosive storylines on Coronation Street right now with Michelle Connor (played by Kim Marsh) coming close to finding out Robert Preston’s (Tristan Gemmill) betrayal and Gary Windass’ (Mikey North) plan to take over Underworld.

Furthermore, young Hope Stape is set to cause a devastating fire at the builder’s yard in upcoming episodes.

But nothing will compare to the heartbreaking death viewers are sure they’ve uncovered in a behind-the-scenes snap.

In one shot from the set of the ITV soap, cards can be seen lined up on the mantelpiece in Ken Barlow’s (William Roache) house.

While these could be birthday or anniversary cards, some fans are certain they’re sympathy cards.

In addition, Beth Tinker (Lisa George) can be seen visibly upset in the snap leading viewers to fear Sinead Tinker’s (Katie McGlynn) death has been revealed.

“Sympathy cards on ken’s wall unit,” one fan was quick to comment.

Another added: “Yup, sympathy cards but the look of them.”

A third continued: “I hope Sinead hasn’t died, it looks like there’s cards on the mantelpiece… Beth is at Kens too. This isn’t looking good.”

In recent weeks, the machinist learned her cancer treatment had been working which thrilled husband Daniel Osbourne (Rob Mallard). 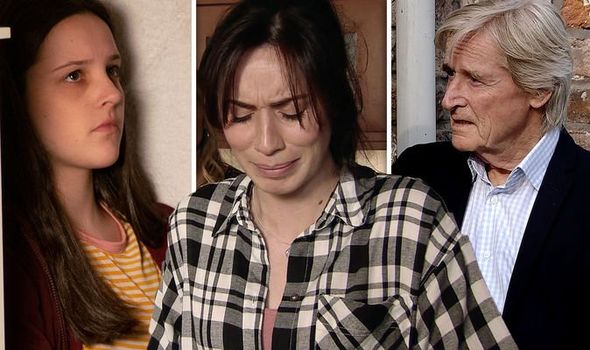 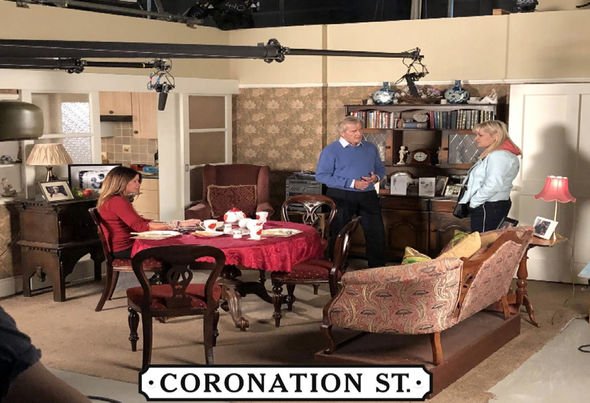 But reports have suggested she will in fact be told treatment isn’t working and she will die in a tragic storyline.

Furthermore, there have been rumours actress Katie will be leaving the soap later this year.

A spokesperson for Coronation Street told Digital Spy: “Katie is fully committed to playing out the extremely important storyline she is currently portraying on screen.

“This story still has a long way to go. Any speculation threatens to undermine the storyline for viewers.”

It comes after Daniel star Rob teased the new family wouldn’t get the happy ending fans want them to have. 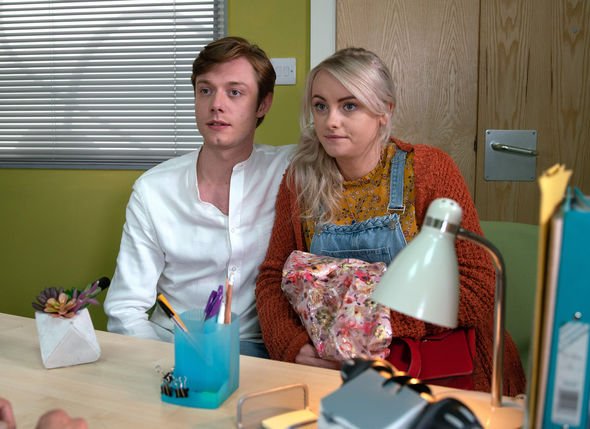 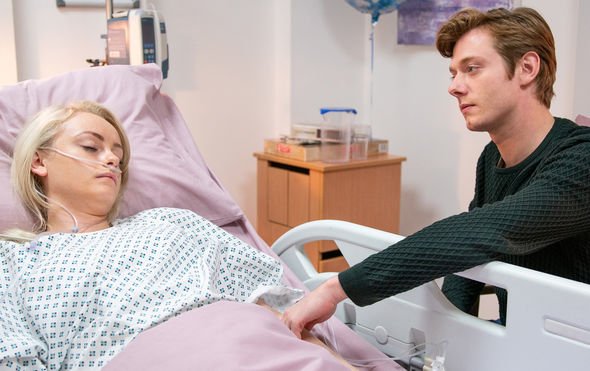 He explained: “It’s a ray of hope in a really dark time. The good news is exactly what he wanted to hear.

“But I think he’s probably indulged it a little bit too much and has convinced himself that the outcome is going to be positive.”

Rob added: “He’s had to be the most positive one. Sinead is suffering to an almost unimaginable extent, so he really has no choice because she is his world.”

Will Daniel lose his wife after she learns her treatment hasn’t been working or are the cards in Ken’s house simply birthday cards?

Lucifer season 5 theories: Chloe to be turned into a demon in final series