Gary’s (played by Mikey North) sinister motive behind tampering with the Underworld factory roof, which led to its tragic collapse on Coronation Street earlier this year, was explained to viewers in a voicemail he left for ex-girlfriend, Sarah Platt (Tina O’Brien).

Having been beaten back and blue by loan shark Rick Neelan (Greg Wood) earlier this week during the ITV soap’s late night episodes, Gary left a dying declaration to Sarah as he saw no way out his predicament.

To much avail, Gary pulled through with a few broken ribs and worrying his secret was going to be exposed, the builder was shocked to discover Carla Connor (Alison King) had Sarah’s phone, having got her hands on it due to her spiralling paranoia.

The super villain managed to take back the phone once Carla was admitted to hospital and having heard the voicemail in full, viewers will now be wandering who could be the criminal’s next victim, with Rick possibly in his sights.

He’s effectively fighting for his life

Following the tragedy of the factory roof collapse, it was fan favourite Rana Habeeb (Bhavna Limbachia) who lost her life, to which Gary admitted to Sarah in the voicemail he was deeply regretful about.

Now, with his identity revealed to viewers, Gary could set about getting rid of Rick once and for all as he embraces his dark side, getting revenge on the loan shark who drove his relationship to the brink.

Executive producer Iain MacLeod previously spoke out about the super villain’s reign of terror and how the factory collapse would be the first in a number of atrocities they would end up committing.

Following the big reveal, Gary Windass star Mikey North, 32, has now spoken out on what could be next for the soap’s newest super villain and the next steps in his dangerous game with Rick having narrowly escaped his clutches earlier this week.

“He’s not a villain as such in the guise of Phelan, but he’s definitely on the wrong side of the law. Gary suddenly has a lot more to contend with, he’s fighting for his survival and that’s what makes Gary so dangerous.

“Everything he’s done was for Sarah, so when she turns her back on him, he’s got nothing more to lose and that makes him much more dangerous. Gary is in deep and he’s effectively fighting for his life,” the actor explained. 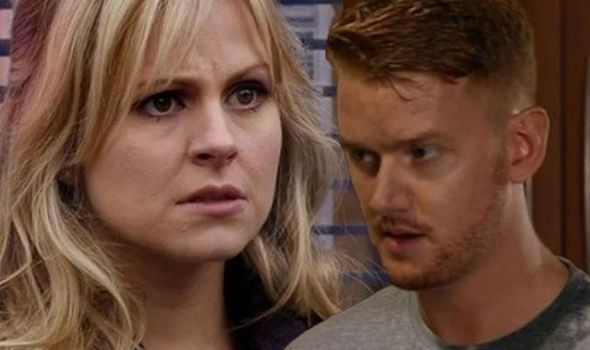 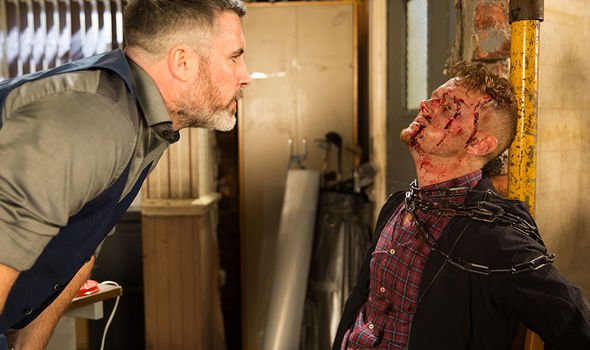 Mikey continued: “Gary’s not evil, he’s done a very bad thing and he’ll have to live with that for the rest of his life, but is he prepared to go to jail for it?

“Maybe not and now he’s got Rick on his back as well, we’ll see Gary come out fighting and I love playing that edge to him. Gary can make very rash decisions and then is forced down a path of no return.”

Could Gary’s anguish with Rick lead him to take another life, telling himself he’s doing it for the greater good?

It’s fair to say Rick has made a fair share of enemies on the street, having first appeared on the cobbles 10 years ago when he began the catalyst of events which saw Gail Platt’s (Helen Worth) husband Joe McIntyre (Reece Dinsdale) accidentally drown whilst trying to fake his own death.

The loan shark also made an enemies of Rita Sullivan (Barbara Knox) and Joe’s daughter Tina McIntyre (Michelle Keegan) when he returned for a second stint on the soap in 2012, which led to his subsequent arrest. 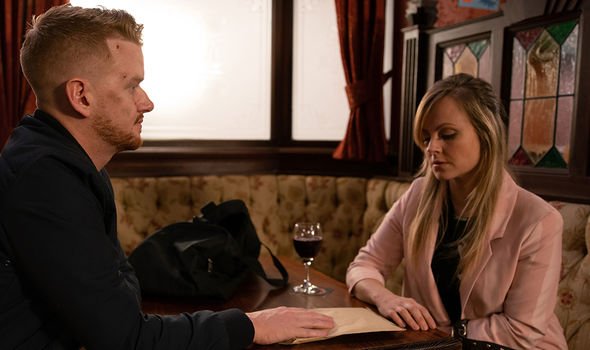 With a number of enemies past and present in Weatherfield, could Gary be the one to take the loan shark down and end Rick’s reign of terror on the Manchester based soap?

Last night’s instalment also saw the shock return of Rana from beyond the grave, after Carla envisioned the deceased character in the midst of a severe psychosis episode, which began as she believed she was the one who had caused the factory roof collapse.

Taking to Twitter, fans quickly reacted to the return of Rana with one posting: “Tonight’s Corrie had me shook! That scene with Rana sent chills down my spine But I feel so sorry for Carla.”

Another added: “I almost screamed when she turned around and it was Rana,” with a third sharing: “That Rana hallucination was so scary! Shout out to Alison King for her acting, truly amazing!!”

After a week of drama and now off the hooks with viewers over the factory disaster, Nick Tilsley (Ben Price) will have to deal with the aftermath of a crime much closer to home, but will he get revenge on his mother Gail?

Who is Louise Minchin? – The Sun