Chesney Brown (played by Sam Aston) might end up on the wrong side of the law following a tussle with the Coronation Street paedophile Kel (Joseph Alessi), who continues to evade justice. Will Chesney be locked up before the serial abuser?

At the age of 14, Paul (Peter Ash) was groomed and abused by Kel.

His control over the teen was such that Paul even believed that this abusive relationship was consensual.

Thanks to Billy (Daniel Brocklebank), Paul has begun to understand what has been done to him.

And the truth leaked out after Gemma (Dolly-Rose Campbell) and Bernie (Jane Hazelgrove) broke into Kel’s flat and found evidence of his crimes. 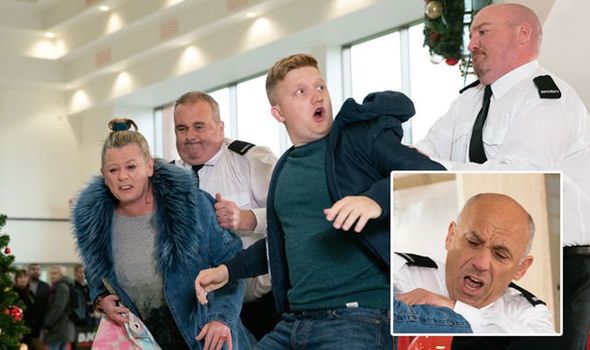 This pair of sleuths were digging around for clues as to who might have been responsible for a series of burglaries on the street.

When they broke into Kel’s flat they discovered a shocking litany of his abuse.

A pile of old photos of Paul were discovered in the flat, along with photos of other children, too.

Finally, Paul was able to share with them the trauma he has been carrying with him. 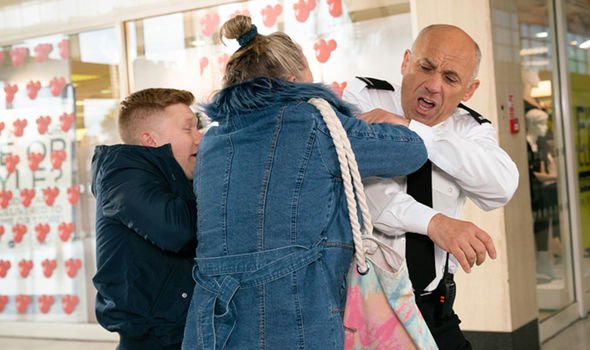 Bernie, who was so pleased when Kel came back into her life, is now consumed with rage on learning the truth.

Her anger carries extra heat, as she initially doesn’t believe her own son’s words.

That is until incontrovertible evidence is presented to her which exposes Kel’s vile actions.

In upcoming scenes she is unable to restrain herself and Chesney becomes embroiled in her fury. 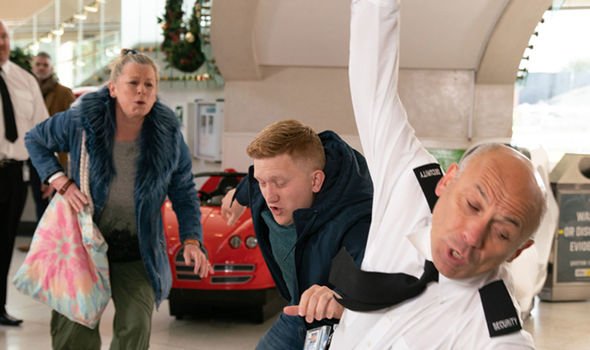 While in a shopping mall Bernie spots Kel at a distance and her blood boils.

She races over and attacks him – what adds to the scene is that Kel is working as a security guard, which would cause bystanders to make misguided assumptions.

Kel is unbowed by her righteous anger and starts to fight back, which is when Chesney enters the fray.

To defend Bernie, Chesney lands a sweet punch which all but knocks Kel out of his shoes.

However, Kel’s head connects with a wall on the way down, causing an injury.

Bernie and Chesney are then escorted from the premises by other security guards – but could action be taken against him for cuffing up Kel?

Will Kel press charges after that very public scene?