Corrie: Aadi gets jealous of the attention Asha gets from Dev

Aadi (played by Adam Hussain) has been lingering in the background of late on Coronation Street as his twin sister, Asha Alahan (Tanisha Gorey) has taken the spotlight. The latter has been trying to help her ex-girlfriend Nina (Mollie Gallagher) get justice for the death of her boyfriend, Seb Franklin (Harry Visinoni), after the couple were attacked by Corey Brent (Maximus Evans) and his gang. However, Roy Cropper’s (David Neilson) niece has been cold towards her former lover in recent scenes on the ITV soap so as she struggles with her grief, could she turn to Aadi for comfort?

As he was subjected to a murder charge following Friday night’s episode, they thought it was unlikely he would get out.

However, his family had paid a top lawyer to fight their son’s case and the judge granted the youngster bail, albeit with a list of conditions.

Everyone was left furious by the decision, especially as Asha had worked hard to make sure she got the evidence the police needed to arrest Corey and throw him in jail.

After the events of the day, Abi and Nina spoke about the injustice they had seen at the Speed Daal restaurant. 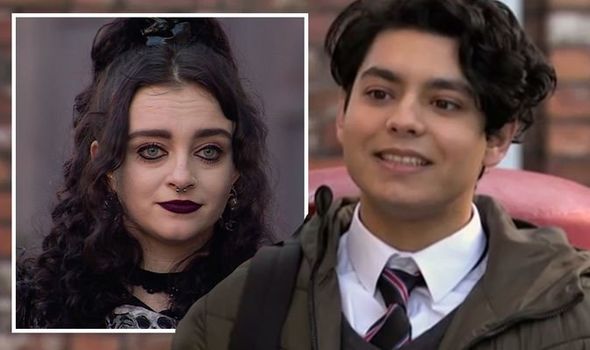 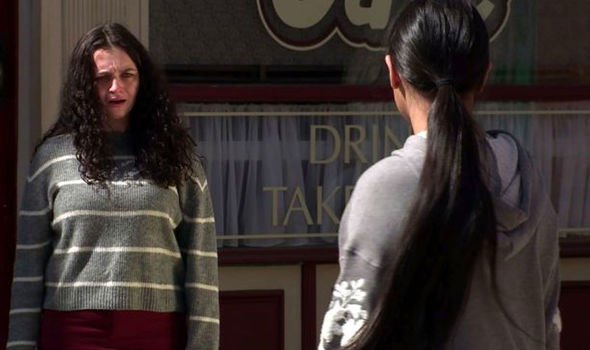 Abbie said: “This is how it goes. They pay a barrister, they pay a psychiatrist, they pay the court to fight their way out of this case.

“Have we really not moved on?” the mechanic said as Nina told her the Brent family “wouldn’t be able to pay the jury”.

Seb’s mother gave the youngster a disapproving look but the teenager wasn’t willing to give up as she said they had a “strong case”.

“The CPS think so and that’s why it went to court,” Roy’s niece continued but it wasn’t enough to calm Abi down.

“The charge is murder. It’s what happened to Seb that counts,” Nina continued but the mechanic had to remind her the police were unsure if she was a “credible witness”. 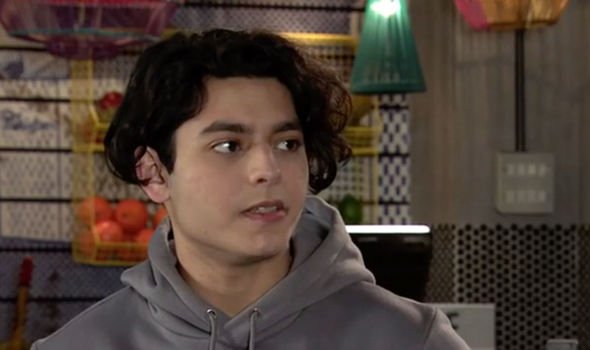 They’ve let him out?

“You’re overthinking it,” Nina said with certainty, as Abi told her: “What else is there to think about?”

At this point, the Alahan siblings walked in to find out how things had gone in court and to find out if Corey had received bail.

“Have I read this wrong?” Asha declared as she held up her phone to Abi, adding: “I showed it to Aadi.”

The young Alahan boy replied: “They’ve let him out?”

His sister was furious as it seemed all her hard work to get justice for Seb and Nina had been for nothing. 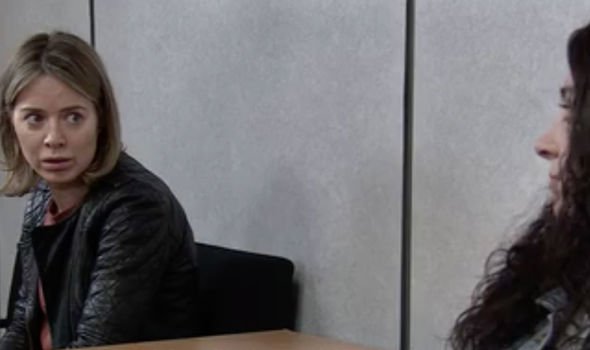 “Don’t say that,” Aadi reassured her, reminding Asha that Corey had “still been charged for killing Seb”.

Abi made an excuse to leave as it seemed the conversation was getting to her and Aadi apologised for making her feel uncomfortable.

Seb’s mother thanked all the youngsters for caring before making her exit and not long after, Nina got up to leave.

Asha wanted her ex-girlfriend to stay for a drink, telling Nina her brother was going to be paying for them.

“We’re on the same side,” the schoolgirl remarked but Roy’s niece made it clear there was still some tension between them.

“We are now,” Nina said before walking out of the restaurant but Asha was devastated by her ex-girlfriend’s response.

Over the next few weeks, Roy’s niece is going to spiral down a dark path as she struggles to make peace with what happened to her and Seb.

As both she and Aadi featured in a scene together during Monday night’s episode, this could indicate he is going to be spending more time with her.

Needing someone to show her love and support, the gothic character could turn to her ex-girlfriend’s brother for all this and more.

However, how will Asha react if she uncovers the betrayal committed by her sibling for starting an affair with the one person she truly loves?

Whatever happens to Nina and her love life, it seems the character could be sticking around a bit longer after being introduced a year and a half ago.

The actress who plays the gothic Weatherfield resident, Mollie said: “I’d love to stay on the cobbles as long as they want me.

“I just hope Nina remains quirky. I would love to see her be successful with her fashion designing,” she continued.

“It would be great for someone to say ‘I like that dress!’ and the other person say ‘Oh, it’s Nina’s line!'”

Mollie touched on a new romance for Nina, stating she thinks it’s hard to see her with “anyone else” after Seb’s death but will Aadi be the person to change her mind?

‘Cobra Kai’: Did Ralph Macchio and William Zabka Know Any Martial Arts Before Starring in ‘The Karate Kid’?