Coronation Street aired one of it’s last double episodes tonight and those watching at home tuned in to see Ken Barlow (played by William Roache) and Norris Cole (Malcolm Hebden) conjure up a plan to head back to the Rovers Return. But during the conversation, viewers were convinced Ken swore. 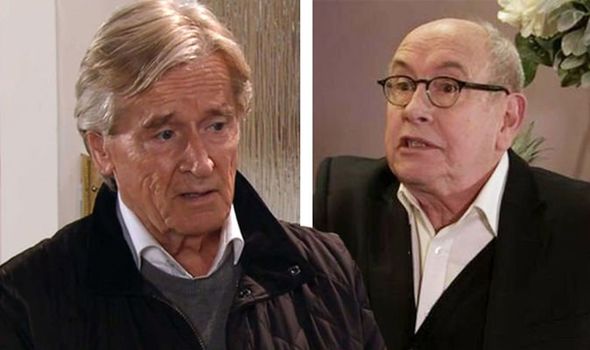 “#Corrie Did Ken just tell Norris that Stillwaters was a load of blx, or did my ears deceive me!” A fan questioned.

“I’m sorry, did #Corrie just do the best thing ever and make us forget about the #COVID19 for a few moments by making Ken say b******s lol @itvcorrie,” a viewer said.

Coronation Street spoilers: Shona Ramsey’s exit revealed as she is moved to a specialist unit to try to save her memory

The truth about Dina Manzo and her ex-husband’s relationship