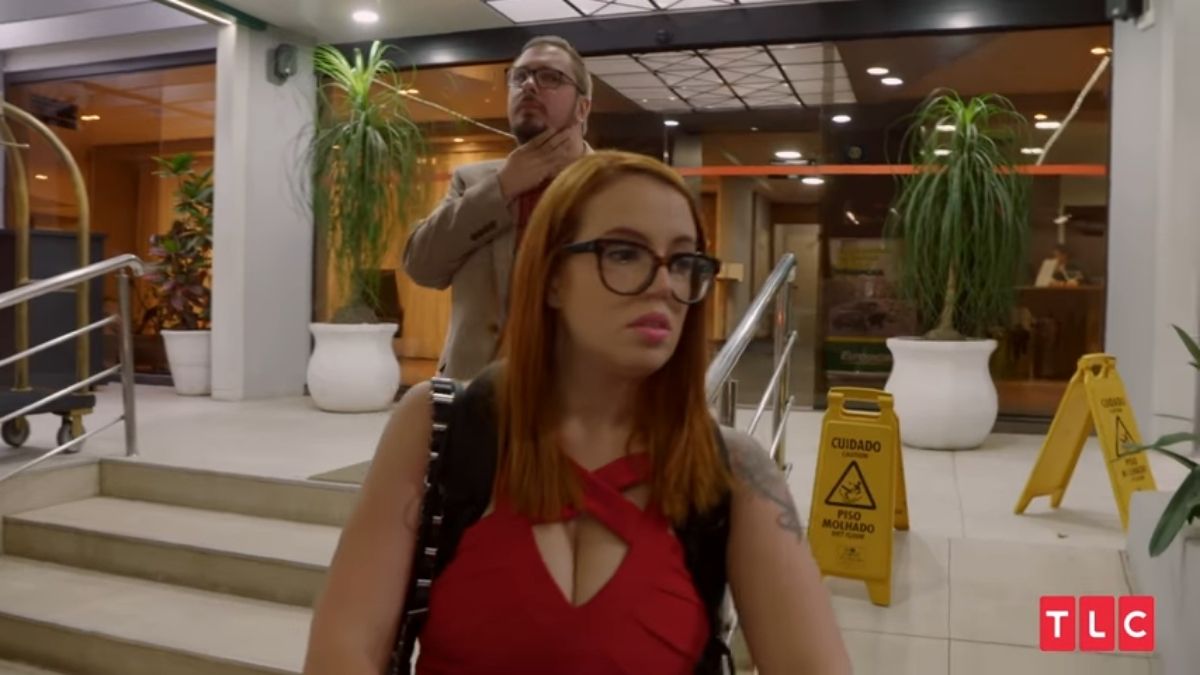 This week’s episode of 90 Day Fiance: Happily Ever After? was explosive, to say the least.

Possibly the most shocking was the reveal that Colt had been sending nudes to other women while still dating girlfriend, Jess Caroline.

During the episode, Jess arrives in Las Vegas for a visit. Colt prepares to divulge some secrets that he’s been keeping from her — namely that his friend, Vanessa, is living with him and his mother, Debbie.

Viewers will remember that Vanessa is the friend that Colt told Jess he had cut ties with when she initially expressed feelings of jealousy.

All of which turned out to be a lie when Debbie revealed, while on a trip to Brazil to meet Jess’ family, that Vanessa was back in Las Vegas watching their cats.

Colt ties to ease the tension

To try and eliminate any chance that Jess had to make a scene, Colt thought it would be best if the two met and had the conversation at a cat cafe.

What he didn’t plan for was that she was coming prepared. Jess already knew at least some of what Colt had to tell her, and she beat him to the punch.

Without missing a beat, Jess jumps in and asks, “How’s your dick? You send pictures today?”

It comes to light that eight different women had reached out to Jess on social media, informing her that not only had Colt been talking to them but that he had been sending them nude photos of himself too.

Overcome with embarrassment, and attempting to avoid a public argument, Colt requests that they move their conversation back to his house. Jess reluctantly agrees.

On the ride back to the house, the two banter about who blocked who first on social media, and Jess angrily tells him, “Stop playing with women, okay? I no toy.”

It’s about to get a whole lot worse

Finally, arriving at home, the pair are greeted by Debbie, and the three engage in some incredibly awkward conversation. But Jess isn’t there to play nice and boldly calls Colt out, “You’re a really great actor. Hollywood needs Colt.”

She then proceeds to unload Colt’s secrets yet again, this time in front of Debbie. She goes so far as to offer to show her the types of texts he’s been sending to these other girls.

Knowing that this is no conversation she wishes to be a part of, Debbie wisely opts to leave the room where Colt attempts to smooth this over by admitting that he hasn’t treated Jess like he should have.

“I’m sorry for hurting you. I haven’t been a very good boyfriend to you.”

Then comes the biggest bombshell of the evening, at least for Jess, as Colt tells her that Vanessa has moved in as of a few weeks prior.

Fans will have to wait for next week’s episode to see what’s sure to be an explosive reaction from Jess.

Will The Bachelor Summer Games Get Canceled over Coronavirus Fears? ABC Exec Weighs in