Ralph Macchio and William Zabka have become so synonymous with The Karate Kid. That’s understandable, considering how the 1984 film kicked off a phenomenon. The story even endures today, as proven by Netflix hit Cobra Kai. Yet, fans who assume Macchio and Zabka are like their respective characters, Daniel LaRusso and Johnny Lawrence, might be surprised by how much martial arts the actors knew before these roles. 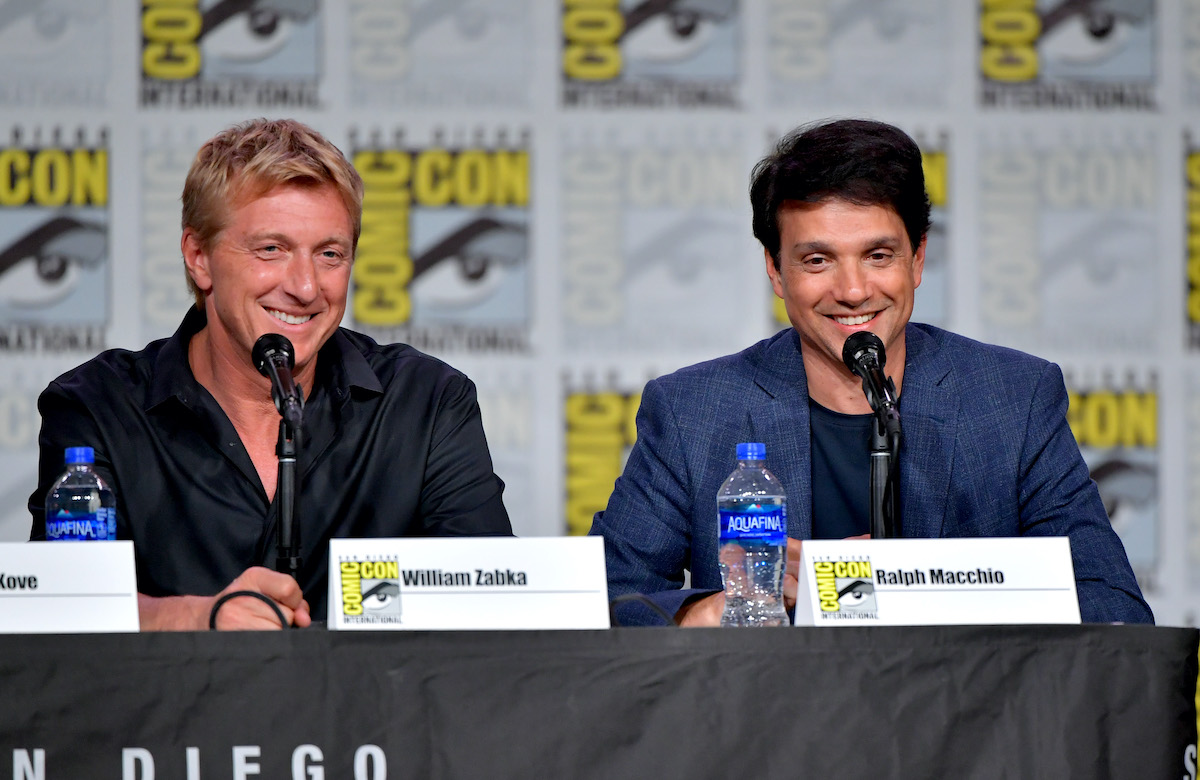 Before touching on the actors’ connection to martial arts, it’s noteworthy to touch on their relationship with each other. On screen, Daniel and Johnny have no love lost between them. In fact, the two teens have a built-in antagonism. In the first movie, Johnny is gunning for Daniel at the mere suspicion the latter is interested in his ex-girlfriend Ali (Elisabeth Shue).

Their rivalry, of course, culminates in the 1984 All Valley Under-18 Karate Championship. Johnny’s defeats sets the star student of the Cobra Kai dojo on a decades-long self-destructive spiral. And when they face each other again in Cobra Kai, Daniel and Johnny harbor resentment and even loathing for each other.

But in real life, Macchio and Zabka have remained friends. After all, the two characters have been so closely identified by The Karate Kid. It only stands to reason they would be able to bond over the experience of making such an iconic film. Once the prospect of coming back to the franchise decades later emerged, their bond became even stronger.

How much martial arts experience did ‘The Karate Kid’ stars have?

Another way in which Macchio and Zabka have been able to bond is in their training for The Karate Kid. In a 2019 interview with The Wrap, the Cobra Kai stars revealed just how much martial arts experience they had prior to the first movie. For instance, Macchio applied a bit of dance training from his childhood, the actor said.

“When we did this back in the day, we practiced it all day. It was a ballet. We barely touched each other. I had a little bit of dance training as a kid, and these fight scenes are choreography, so I was decent at learning the choreography. And I had long, lanky limbs. So I had that sort of crane-pose kind of look … so I used that to my advantage.”

On the first movie, Macchio had only a couple of weeks to get up to speed. But the 1986 sequel gave him more time to train. For his part, Zabka had no karate training whatsoever before playing Johnny Lawrence. But training for the movie stuck, and he pursued karate on his own. Ultimately, Zabka worked his way up to second-degree green belt.

‘Cobra Kai’ honors the legacy of the original films

Even in the current reboot-heavy era, Cobra Kai stands apart. Not only does the show continue the story of The Karate Kid. It does so by taking a deeper look into the characters fans have loved for decades. As a result, Daniel and Johnny are even richer characters now than when fans first met them.

Moreover, much like franchise revivals like Creed and Star Wars: The Force Awakens, Cobra Kai introduces a new generation of heroes and villains. The legacy of The Karate Kid lives on in Daniel and Johnny. But it also carries into the stories of Miguel (Xolo Maridueña), Sam (Mary Mouser), and Robby (Tanner Buchanan).