The Karate Kid-inspired Netflix series Cobra Kai is on the cusp of its hotly anticipated third season. While many of the main characters have plotlines that fans are dying to see, the series also offers some compelling side characters as well. One that many fans don’t like is Demetri. Let’s take a closer look at the character, how he has developed, and why some fans can’t stand him.

Who is Demetri on ‘Cobra Kai’? 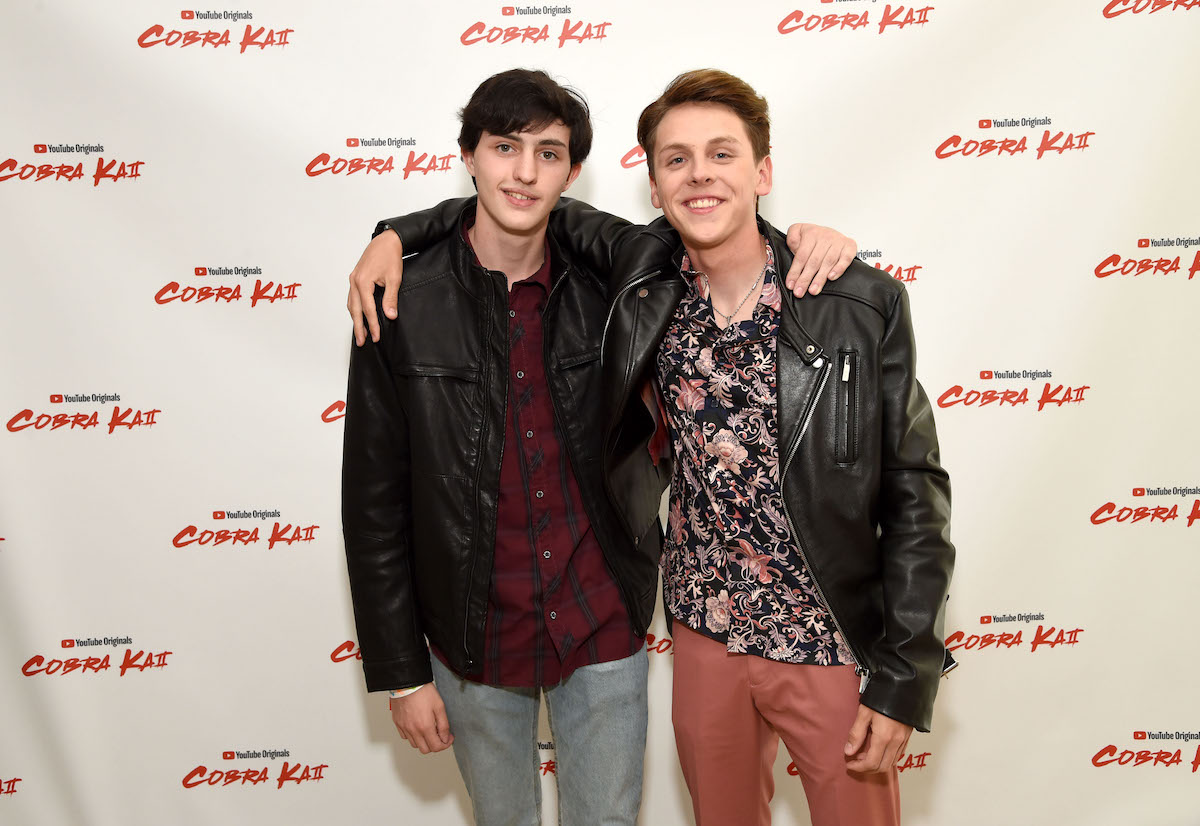 In Season 1, Demetri is friends with fellow nerds Miguel and Hawk. Bullies terrorize them in high school. Eventually, Miguel and Hawk join the karate dojo Cobra Kai and embrace the ideology of “Strike First. Strike Hard. No Mercy.” Thanks to Cobra Kai, Miguel and Hawk gain the confidence to become “badasses.” In Season 2, Sensei Kreese assaults Demetri, prompting him to join Miyagi-Do. He eventually embarrasses Hawk at a party when he loudly announces his erstwhile friend used to wet the bed.

Season 3 will surely explore the rivalry between former friends Demetri and Hawk. But while Demetri is on the so-called good side at Miyagi-Do, some fans think he’s not quite the good-guy underdog he’s made out to be.

Is Demetri really a good guy?

A Cobra Kai fan took to Reddit to debate Demetri’s merits and argue that he’s extremely unlikable. “I really don’t like how they did Dimitri in the otherwise fantastic second season,” u/Dragon_Virus wrote. “I don’t know if it’s intentional, but he just seems like the most unlikable person ever. Seriously, I wanted Hawk to kick his ass soooo bad after revealing his medical issues (which I actually had when I was a kid myself) at the party.”

Hawk is meant to be a villain, but it’s all part of a well-developed character arc. The audience sees Hawk as a frightened teenager who’s relentlessly bullied. He then takes action to overcome his predicament and goes too far to overcompensate. Though he becomes an antagonist, he’s someone the audience can relate to. It makes his storyline all the more tragic when he continues his descent on a villainous path.

As for Demetri? He’s not quite so sympathetic. And that’s why some fans don’t seem to like him.

Why Demetri is the worst character on ‘Cobra Kai’

Many Cobra Kai fans think Demetri might be the show’s worst character. One fan on Reddit pointed out that he almost betrayed his friends who joined Cobra Kai. “And he was such a lousy friend to Miguel and Hawk. Miguel and Hawk decided they weren’t going to take any crap from bullies and toughened up,” u/Aggro_Ivy wrote. “Demetri refused to attempt to build up his self-esteem and made fun of them for having the courage to do the things he refused to do. Also, remember how he pretended to be a member of Cobra Kai to impress that girl? He’s such a fake.”

Say what you will about the show’s heroes and villains, but most of them have consistent actions. One of the reasons fans don’t care for Demetri is he hasn’t committed to changing his situation. Instead, he constantly criticizes others.

Unlike Hawk, Demetri continually complains without doing much about changing anything. Even after he joins Miyagi-Do, he continues to complain. And though he’s portrayed as a sympathetic character thus far, his actions near the end of Season 2 suggest a heel turn is in store. Hawk may have been the aggressor initially, but Demetri’s embarrassing him may signal his own descent into villainy.