The former footballers and presenting duo take on The Wall tonight in a special edition of the BBC show presented by Danny Dyer. Unfortunately, their charity run doesn’t go as smoothly as they probably hoped. So much so that Chris Kamara starts to storm off the set as his partner John Barnes appears to cost them a serious amount of cash.

During John’s turn to be in isolation, Chris is challenged with placing the balls in the right spots on top of the wall.

He has to do so by judging by how confident he is in John’s ability to get the answers right.

Towards the end of the round, Chris is faced with four movie titles: Back to the Future, Jurassic Park, Raiders of the Lost Ark and The Avengers.

Turning to John’s children sitting to the side, host Danny asks them whether their dad is into film. 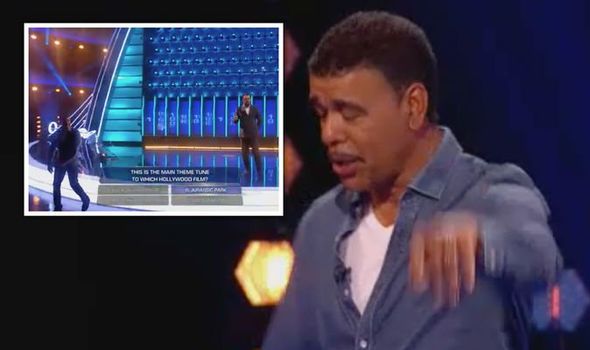 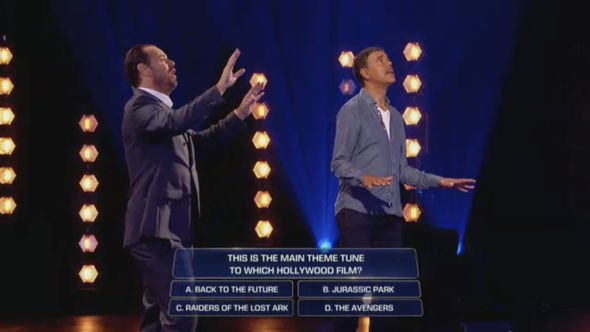 “He is into films but this isn’t really his area,” replies his son.

Chris remains confident in his pal though and backs him up with a ball in the sixth position, hoping to bring home the big £50K.

“This is the main theme tune to which Hollywood film?” Danny asks as the Back to the Future theme begins to play.

Chris becomes excited, throwing his fists in the air saying: “He gotta know this!”

“Take your time, think about it,” says John to himself, while on the other end of the wall Chris already starts to fear the worst: “No, you don’t have to think about it”. 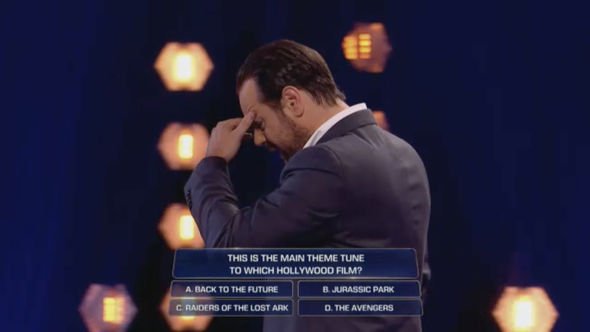 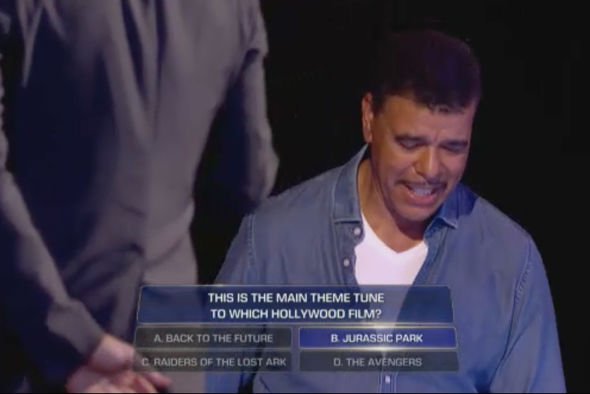 “The geezer! Isolation! What is going on here” exclaims Danny, with John’s daughter backing him saying: “He’s lost it.”

“As soon as I heard it I thought it was Back to the Future,” said John, while everyone else in the studio breathes a sigh of relieve.

“But then Jurassic Park…” continued John, resulting in everyone starting to panic again, worrying he would go for the wrong answer.

“No, John no!” shouts the presenter, waving his hands in the hopes of stopping him.

“No, Barnesy no!” said Chris in despair, as John’s daughter also looks up in stress.

In the studio, Danny is at a breaking point, looking away saying: “I can’t bear this.”

“Barnesy, do not get this wrong,” Chris incited him one last time before John locks in answer B – resulting in the wrong answer.

“I do not believe this,” says Chris, before turning his back and walking off the stage: “Right, thank you and good night.”

“Is this a wind-up? I don’t know what is going on here,” says Danny, still in shock.

Luckily, Chris returns to the stage to carry on with the game – but will he and John walk home with a huge jackpot for chairty?

Catch The Wall Versus Celebrity tonight at 6:40pm on BBC One.

Riviera season 3 release date: How many episodes are in Riviera?