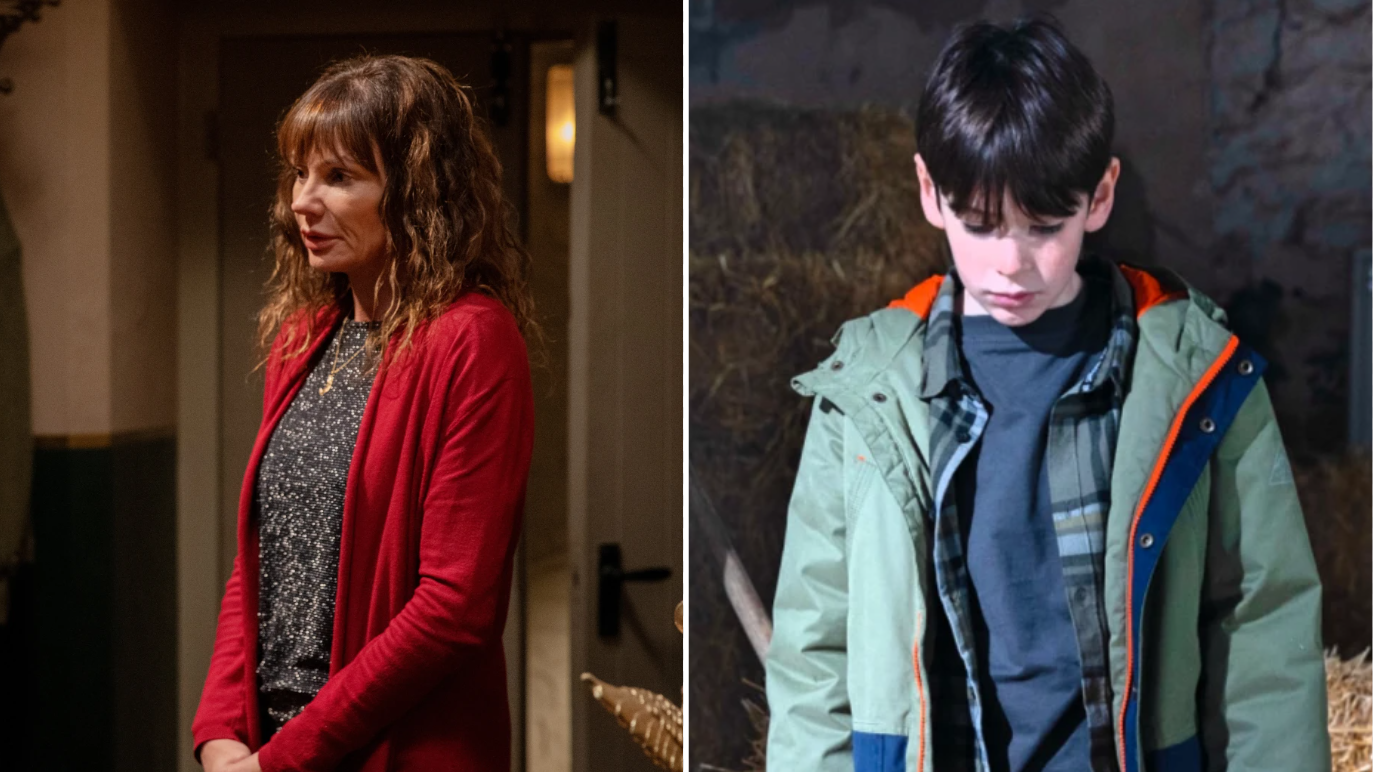 Chas Dingle (Lucy Pargeter) was able to put her anger aside in tonight’s episode of Emmerdale as she paid Kyle (Huey Quinn) a visit.

The Dingles recently discovered the truth behind Al’s death, when Kyle took himself to the police station to make a confession.

Prior to this point, it had been believed that Cain (Jeff Hordley) was responsible for shooting Al, though in reality he was covering for his young son.

Tonight, Charity (Emma Atkins) encouraged cousin Chas to try to forgive her lover’s killer, for his sake as well as her own.

Soon after, Chas visited Kyle and Amy (Natalie Ann Jamieson) and got to see for herself how sorry the young lad was.

During their touching heart to heart, Chas told Kyle that she knew he didn’t mean to kill Al, and that sometimes good people do bad things, it doesn’t make them evil.

She reassured Kyle that she didn’t hate him and that she knew he wasn’t a bad person, but that they would have to learn to live with what had happened together.

Later, she confided in Charity about their chat, and admitted that it was impossible not to forgive him after she’d seen how sorry he was.

Charity pointed out that while that’s great, it doesn’t solve the problem between Chas and Cain.

Will the siblings ever be able to put Al behind them?

‘Monarch’: Susan Sarandon Admits Naiveté About Country Music; Says Closest She Got Was “Smoking A Joint With Willie Nelson”