Although the merger put several notable properties under one corporate roof, Wall Street hasn’t taken kindly to the deal. Shares of both companies have declined since the deal, worth approximately $12 billion, was announced in August. The new company, valued at roughly $25 billion, will begin trading Thursday.

Part of the subdued response in the financial markets may be the result of the numerous questions that still remain about the new entity. Though last month ViacomCBS appointed several corporate executives, many of whom were Viacom veterans, and recently announced new projects from Trevor Noah and Tyler Perry Studios, questions still remain about the combined entity’s long-term strategy.

How is it going to operate as a consolidated entity? Are layoffs are going to occur? How are they are going to compete in a digital landscape that has gotten substantially more crowded in just the few months since the deal was announced? CBS and Viacom representatives did not return requests for comment.

The merger will likely cause a clash of corporate cultures, as CBS has long been viewed as the staid, “classy” television network, while Viacom has perpetuated a more youthful image. The divide was encouraged to differentiate the two when both companies were under National Amusements’ corporate umbrella, and it is unclear how those differences will play out now that the entities are reunited.

Job losses could also be a concern, as Deadline reported in August that the combined entity was anticipating $500 million in “cost savings,” which often equates to layoffs. Regardless, some senior positions have been secured at a hefty price tag: CBS acting CEO Joseph Ianiello will collect $100 million in severance, despite receiving a new multi-million contract to remain at CBS, according to a Bloomberg report.

As for the company’s streaming properties, CBS All Access is home to several “Star Trek” series, including the upcoming “Star Trek: Picard,” and already renewed a second season of its well-received “The Twilight Zone” reboot. Though those series enjoy strong name recognition, CBS All Access has to contend with an increasingly crowded streaming market and it is unclear how the merger will impact ViacomCBS’ foothold in the streaming business. 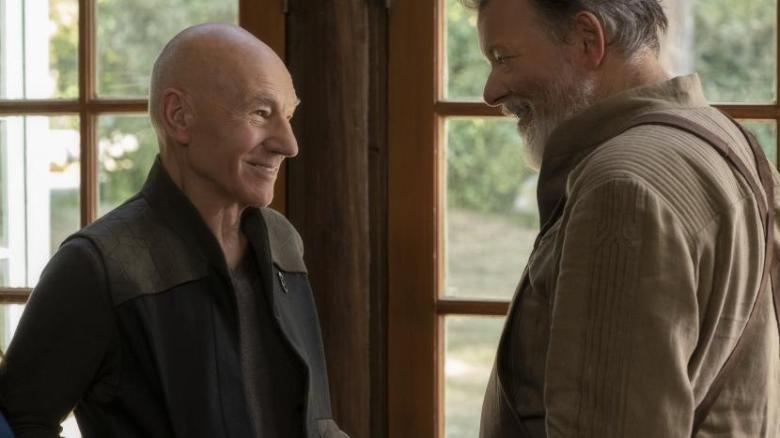 While Disney, which purchased Hulu earlier this year and recently launched its Disney+ streaming service, has been consolidating its intellectual properties on its own platforms over the last year, ViacomCBS has been more willing to work with its rivals. Viacom set a multi-year licensing deal for original Nickelodeon films and shows to stream on Netflix, and the streaming service also has the rights to make a sequel to Paramount’s “Beverly Hills Cop.”

It’s common for large entertainment companies to license projects on competing services, but the $5.99 per month CBS All Access doesn’t have the same quantity of existing or upcoming shows as most of its streaming rivals. With the $4.99 per month Disney+ enjoying plenty of early success and WarnerMedia’s HBO Max and NBCUniversal’s Peacock set to launch next year, the streaming service is going to become more competitive than ever. ViacomCBS also operates the free, ad-supported Pluto TV streaming service, but Pluto TV is designed to emulate broadcast television and doesn’t directly compete with most of the streaming industry’s leading platforms.

Outside streaming, the 2022 NFL rights renewal will be a test for CBS and other broadcast networks. CBS pays around $1 billion per year to broadcast NFL games, and the NFL is expected to ask for significantly more money when negotiations for the next contract begin. The merger could give ViacomCBS the cash flow it will likely need to barter in the upcoming negotiations, which could be more competitive if streaming platforms such as YouTube decide to enter the field.

Despite these concerns, at the time it was unveiled, the merger signaled a major victory for Redstone, daughter of mogul Sumner Redstone. The elder Redstone is majority owner of National Amusements Inc., through which the Redstone family are majority voting shareholders of CBS Corporation and Viacom. Sumner Redstone split the two companies in 2006 and his daughter has spent the last three years working to reunite them.