Naga Munchetty can’t help but joke around and make cheeky digs at fellow BBC Breakfast presenter Carol Kirkwood this morning. This time, it was during a crossover from the sport, which Mike Bushell had delivered, to the weather and Naga teased Carol she was about to refer to her as a “bat’.

“Chris Froome really is having a terrible time on his bike in Spain, at the Vuelta an Espana,” Mike began.

“He lost another 18 seconds to the leaders and is now half an hour behind Primoz Roglich who himself was in a group who had a bit of a surprise with wild ponies in the road.

“A mare and a foal there had to be carefully avoided on the climb, fortunately, they all managed to avoid each other!” he commented as the footage was shown to BBC Breakfast viewers.

“It’s not the first time horses have joined the stage, but when you’re on open roads, the wildlife will play a part!” 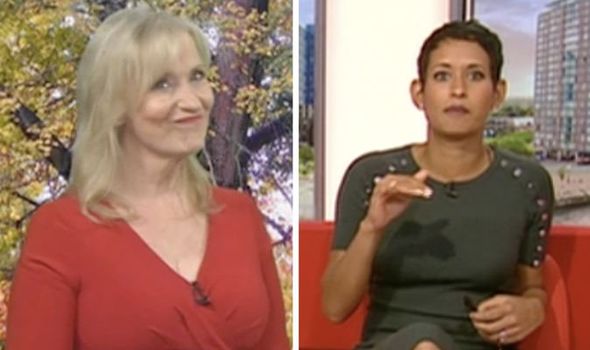 “I was very nervous of animals whenever I cycled,” Naga added.

“I had an incident with a bat, when I was cycling down a hill in Greece,” Mike remarked.

“I had a helmet and sunglasses, and the bat wedged itself between them and I couldn’t see, so I ended up in a bush!” 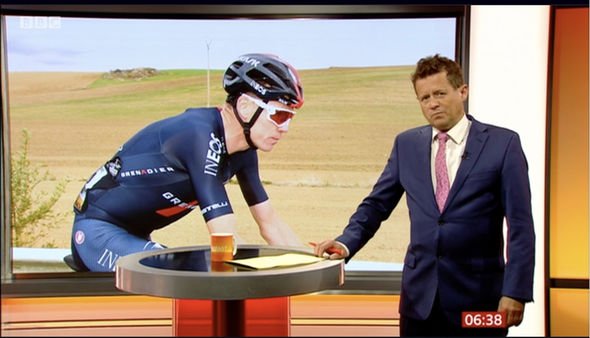 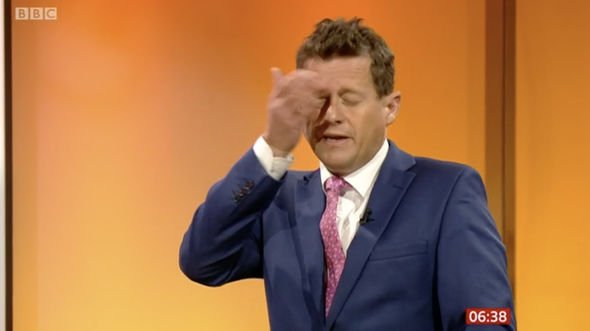 “Who flew into my face and got wedged between my glasses and my helmet and my eyes,” Mike finished.

“How big was the bat?” Naga continued.

“A few seconds of flapping, I was in the bush, the bat thankfully got away,” the sports reporter continued.

“Was this daytime or nighttime?” Charlie Stayt interrupted to ask. 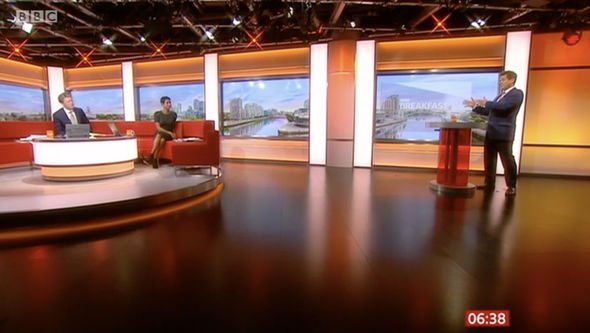 “It was dusk, about six o’clock in the evening,” Mike revealed.

“How big was the bat?” Naga reiterated and Mike answered: “Well it seemed like an enormous fruit bat!”

“That poor bat being stuck on your face between you and your sunglasses!” Naga laughed.

“I know! I’m not denying there should be a lot of sympathy for that bat,” Mike joked

“How long ago was it?” Charlie enquired and Mike said it happened “back in the 90s”.

As Mike concluded his segment, Naga took over and commented: “I was going to be so rude, and she [Carol] would so tell me off later, talking of bats…”

“Naga!” Carol exclaimed. “You’re on fire this morning! Good morning everyone, and I’m going to swiftly move on!”

BBC Breakfast airs everyday at 6am on BBC One.