BRITNEY Spears looked flipping pleased with herself as she showed off her recent 3lbs weight loss.

The 37-year-old singer displayed her gymnastic skills while holidaying in the Turks and Caicos with her mum Lynne. 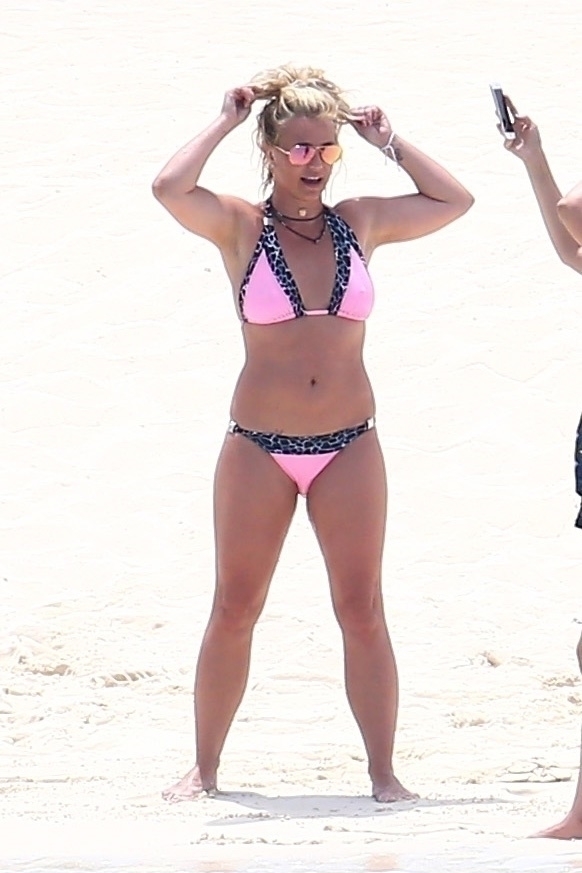 The star donned a pink halterneck bikini set, featuring animal print detail, as she cartwheeled down the beach.

The Toxic hitmaker was pictured preparing for the somersault with a run up before catapulting herself.

A separate shot captured Britney relaxing on the sand after she completed the stunt.

Britney has shared a string of images of her working out during her trip after having undergone the weight loss transformation. 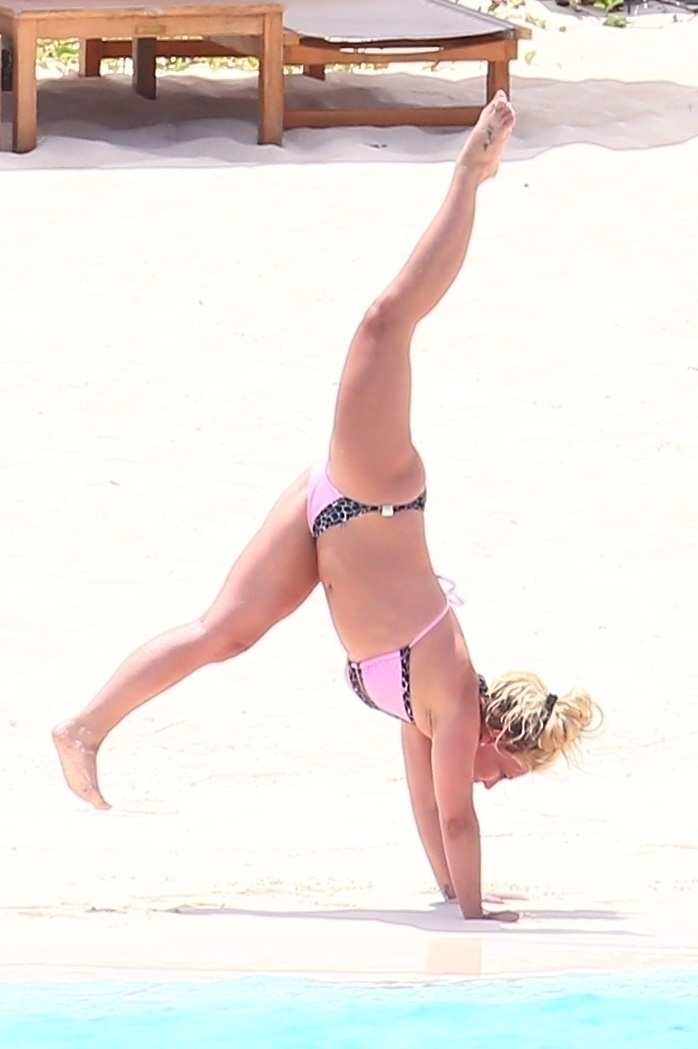 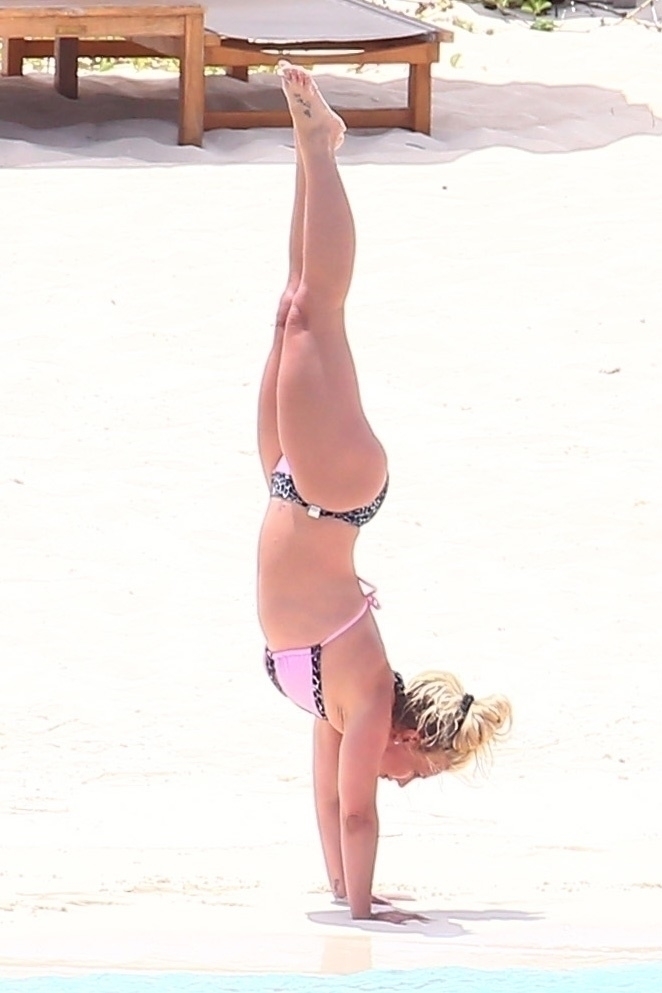 In a recent video of her exercise routine, she showed off her sensational figure in a crop top and tiny gym shorts, as she insisted she doesn't like to do much cardio.

She captioned the video: "I’ve been working really hard to lose weight …. and for me 3 pounds is like 7 pounds it’s a lot.

"I don’t like doing too much cardio. My body has muscle memory, cus I use it be gymnast and I can bulk up …. so I like isolated movement.

"Hopefully one day I can give my boyfriend’s abs a run for their money !!!!" 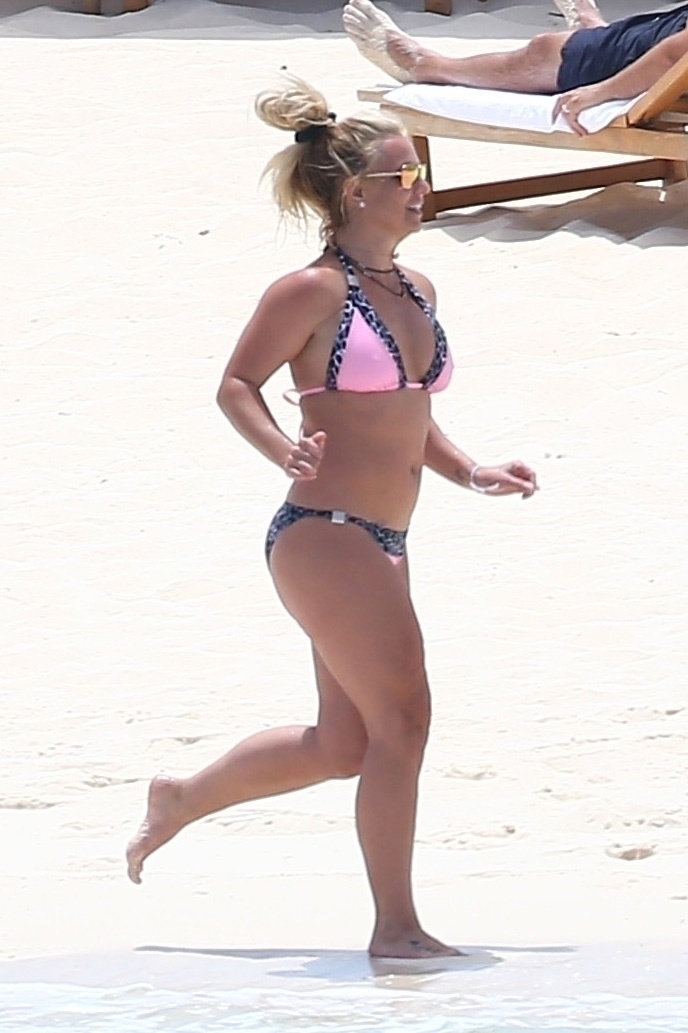 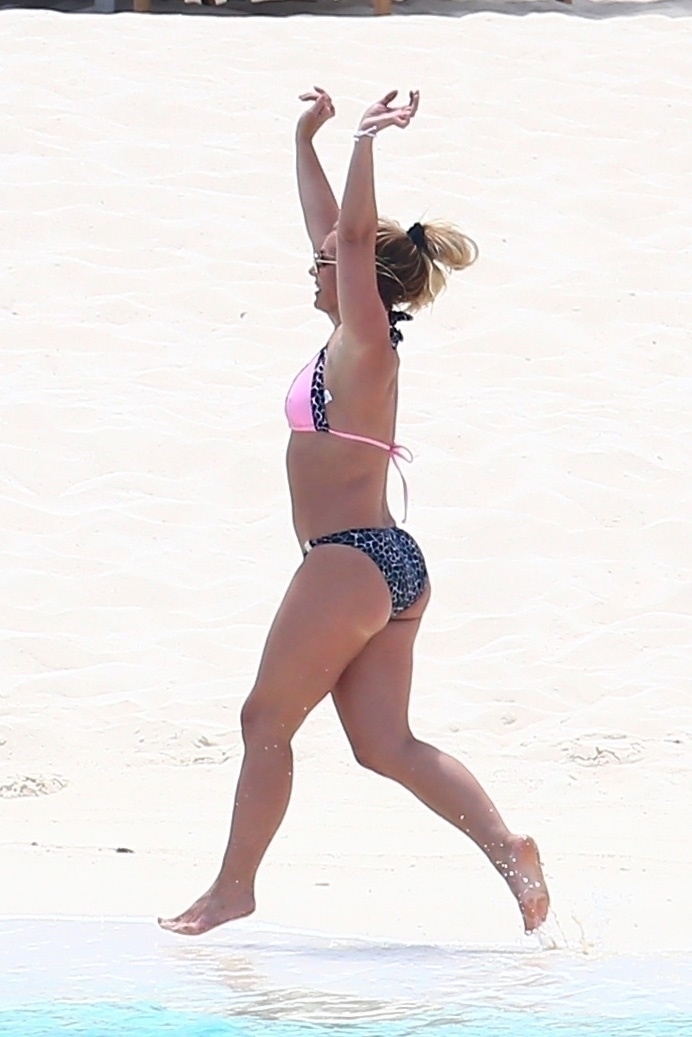 The mother-of-two – who has sons Jayden and Sean with ex Kevin Federline – was captured laughing and smiling on her mother and daughter vacation, after a turbulent few months.

Britney cancelled her Las Vegas residency earlier this year and was admitted to a mental health facility in April after reports she struggled to cope with her dad Jamie's illness.

But her stint in rehab sparked rumours she was being held against her will. 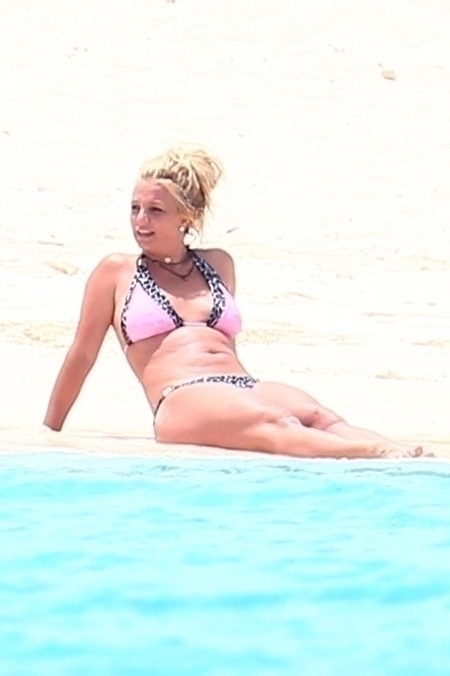 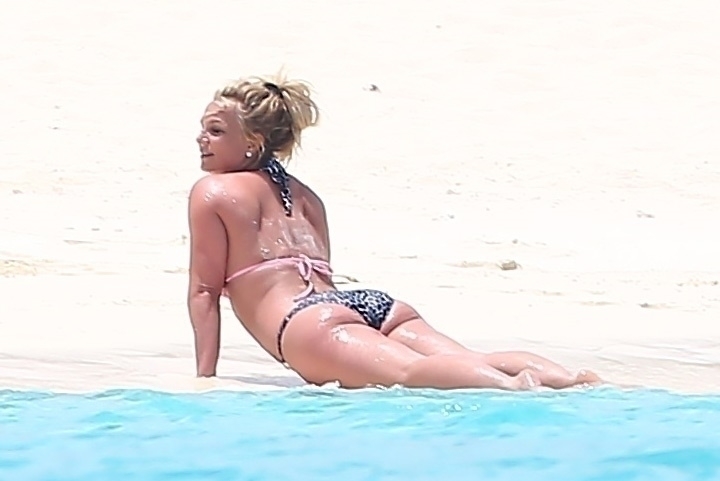 The star's dad, Jamie Spears, has been her conservator since 2008 – a year after Britney suffered a highly-publicised breakdown that saw her shave her head and attack the paparazzi with an umbrella.

Lynne has since been to the courts to ask for a say in her daughter's care, wanting to be named on the official documents.

Last month a judge ordered an expert evaluation of the situation, which both parents agreed to.