The Chase was back last night and with £14,000 up for grabs, players Will, Deborah and John headed into the final round. When they managed to rack up 25 correct answers to take into the final chase to go head-to-head with Mark ‘The Beast’ Labbett, host Bradley Walsh joked he was cutting the ITV show short, and for good reason.

Will, Deborah and John whizzed through their last lot of questions and when the timer buzzed, Bradley was stunned.

“Well, thanks for watching,” Bradley said to the viewers at home, sending the contestants into hysterics.

“See you next time. Wow, that was amazing.

“25, that is such a good number, that was really extraordinary, well played.” 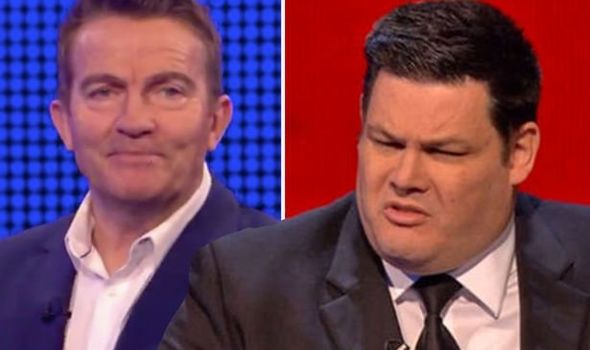 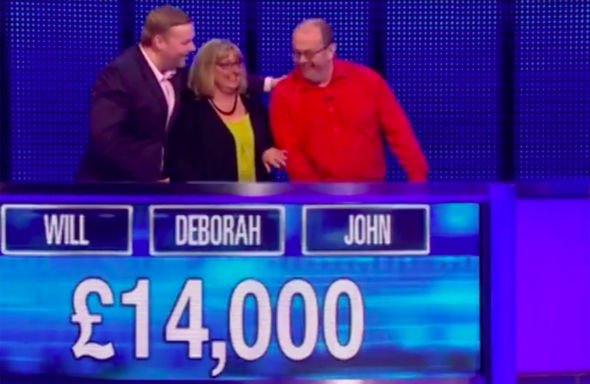 “Let’s bring back The Beast,” Bradley added as Mark entered back into the studio.

“And don’t forget, by the way, you have increased your chances of winning by 20 percent.”

Mark laughed and pleaded: “Anyone got a white flag handy? I might need that a bit later on. 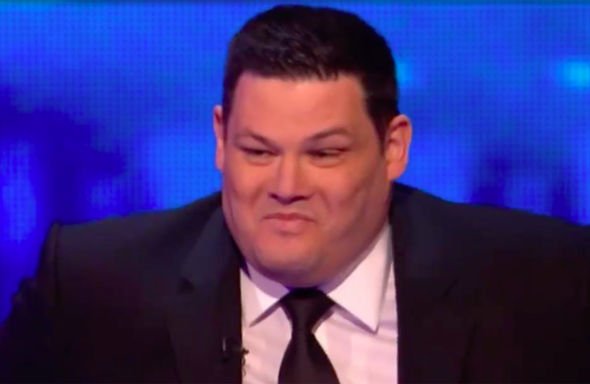 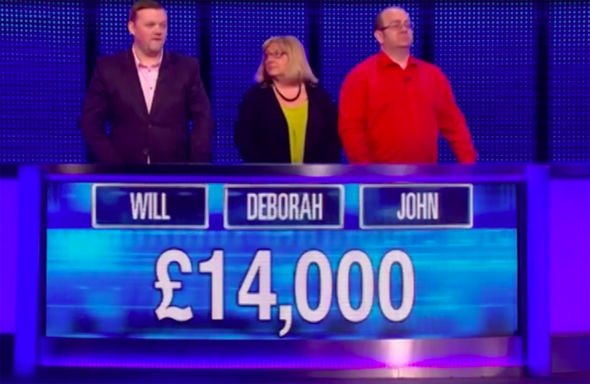 “There are two ways of approaching this, I can either play like Jeffrey Boycott and get to about 16 or 17, which I can see now or I could play like Ian Botham and swing for the fences.

“I think you know what way I am going to play.”

“And of course, if the Beast gets a question wrong it’s thrown over to the contestants pushing him back further,” Bradley added, “It’s time for the final chase.”

The super team proved that their final round definitely wasn’t a fluke.

In the last chase of the show, the remaining three contestants managed to push Mark back even further.

And with 28 answers in the bank, Mark just wasn’t able to keep up.

The team took the £14,000 home, rejoicing over their mammoth win, all dreaming about what they would spend their money on.

The chaser even took to Twitter to discuss the round shortly after the show aired.

Mark told his 129k followers: “To steal from the late great Ritchie Benaud ‘Great quizzing all-round’ well-played #thechase. I got 24/30 so it showed how good they were.”

Bradley was thrilled for the contestants and couldn’t congratulate them enough.

The Chase airs on ITV weekdays at 5pm.

What Will Taraji P. Henson Do After ‘Empire?’