“This was going to be my last season, regardless of if it went on or not,” actress says 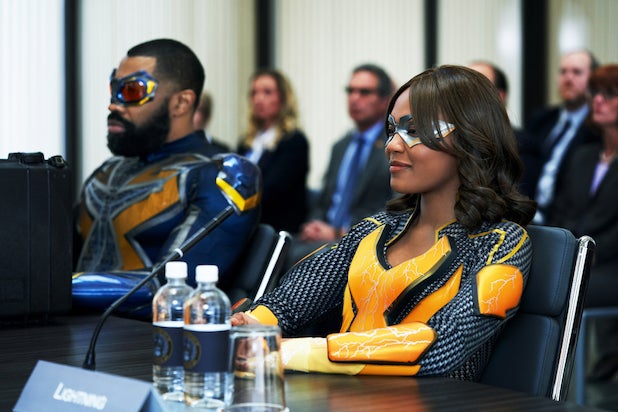 The CW revealed last Friday that “Black Lightning” will conclude with its upcoming fourth season. The following day, actress China Anne McClain, who plays Jennifer Pierce/Lightning on the Cress Williams-led show, said she had already been planning to exit “Black Lightning” before the final-season announcement came.

“What I did know and have known along with the rest of the cast since before we even started shooting this season is that I am leaving the show and was leaving the show,” McClain told fans in a video she posted to Instagram Saturday. “This was going to be my last season, regardless of if it went on or not. For different reasons, that, to be honest, I don’t want to go into. I just want y’all to trust me on it.”

The actress made it clear during her video that her pre-planned exit from “Black Lightning” was not due to any behind-the-scenes conflicts.

“I’m not leaving because I had a terrible time working at the CW,” McClain said. “I like the CW. I like [CW president] Mark Pedowitz, I like [Warner Bros. president] Peter Roth, [‘Black Lightning’ executive producer] Greg Berlanti, I love [‘Black Lightning’ showrunner] Salim [Akil], I always will. He gets it. And people that actually know me… they know why I make the decisions that I make.”

McClain said in the video she has only agreed to do a limited number of episodes for the fourth and final season, which premieres Feb. 8.

The “Black Lightning” actress did not give a reason for her exit at any point during the video, but did say, “This industry for what it is and everything that people look to and praise, it’s not important.”

Representatives for McClain, The CW and “Black Lightning” studio Warner Bros. TV did not immediately respond to TheWrap’s request for comment on McClain’s premature exit from the series, or clarification on how many Season 4 episodes she will be featured in.

“When we first started the ‘Black Lighting’ journey, I knew that Jefferson Pierce and his family of powerful Black Women would be a unique addition to the super hero genre,” Akil said last Friday, when the cancellation news broke. “The love that Blerds and all comic book fans around the globe have shown this series over the past three seasons proved what we imagined, Black People Want To See Themselves in all their complexities.”

“Black Lightning” is based on the DC Comics character of the same name and stars Cress Williams as Jefferson Pierce/Black Lightning. Along with Williams and McClain, the series also stars Nafessa Williams, Christine Adams, Marvin “Krondon” Jones III, James Remar and Damon Gupton.

‘This Is Us’ Tops Tuesday Ratings; ‘The Resident’ And ‘Prodigal Son’ Season Premieres Dip