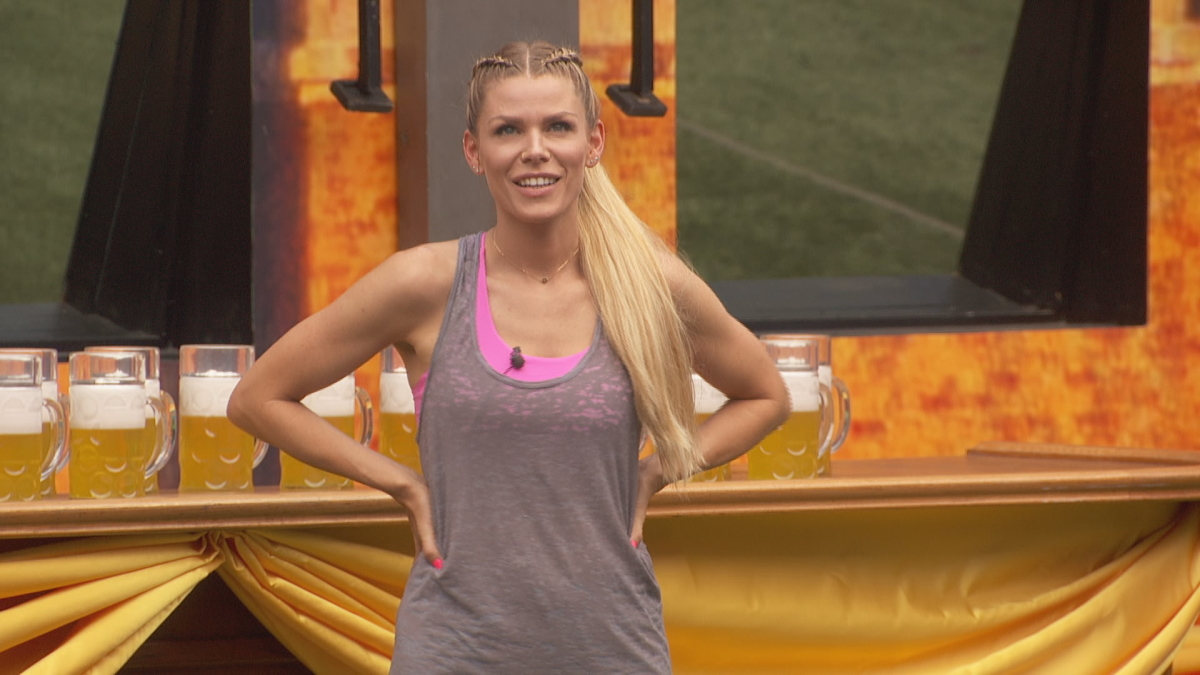 Big Brother winner Evel Dick Donato has weighed-in on how BB22 cast member Daniele Donato is playing the game and he is as confused as most of her fans.

Evel Dick won Big Brother 8 and has been a long-time presence on social media when it comes to speaking about new seasons of the show.

Recently, he let fans know that a Big Brother Battle Back is unlikely since Keesha Smith is already back at home. It may have been confirmed when Nicole Anthony went on social media to apologize for her gameplay.

Now, Evel Dick has become the latest person to speak about how his daughter is playing the game.

Kat Dunn referenced bullying that has been taking place and Evel Dick is saying he doesn’t understand what she is doing.

Evel Dick took to Twitter to respond to a fan asking what he thought of Dani’s gameplay.

“Honestly, I have no idea what to make of it. She’s lying constantly for no reason,” Evel Dick wrote. “She’s targeting Janelle who has said she would never put Dani up or vote her out, so that alone is really bad game play.”

He finished his post by writing, “Her alliance members are The Nerd Herd 2.0, making it hard to root for her.”

It’s pretty telling that he doesn’t understand what she is doing in the game. It echoes the sentiment that many fans were expressing when they didn’t understand why Dani was gaslighting Nicole A. 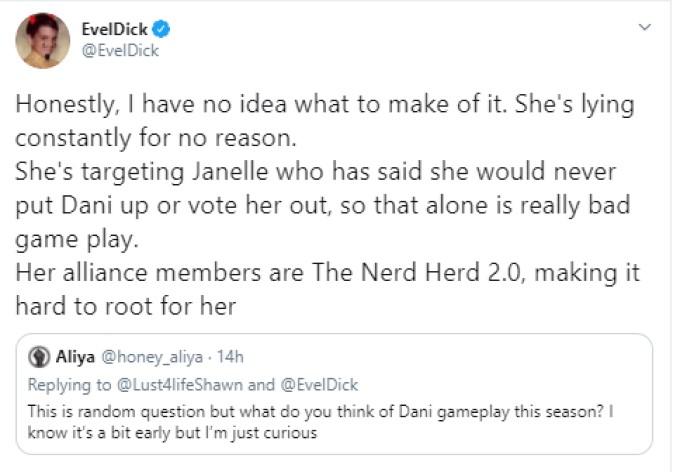 A new quartet emerged as an alliance last week that could stand a good shot at winning the game. Daniele is part of a group that also includes Tyler Crispen, Cody Calafiore, and Enzo Palumbo.

Dani is also in several other larger alliances that have her in a good position to survive the weeks where outlying targets are taken out one by one.

Tyler Crispen has a plan for what to do while he is the HOH, which will help Dani to survive at least one more week in the game quite easily.

But what happens after that?

In the past, Dani has been able to win competitions when it counted, so it’s possible that she could go deep into the summer 2020 season. But will she need to adjust her gameplay from what she has done over the first two weeks?