Breaking Bad fans swerved right into the Better Call Saul spinoff but the series isn’t only about how Jimmy McGill morphed into Saul Goodman. The series also follows the Salamanca circle under Gus Fring in which associate Ignacio “Nacho” Varga also morphs from a central figure trying keep his father alive to wanting out completely. The role, played by Michael Mando, proved more difficult in season 5, and for good reason. 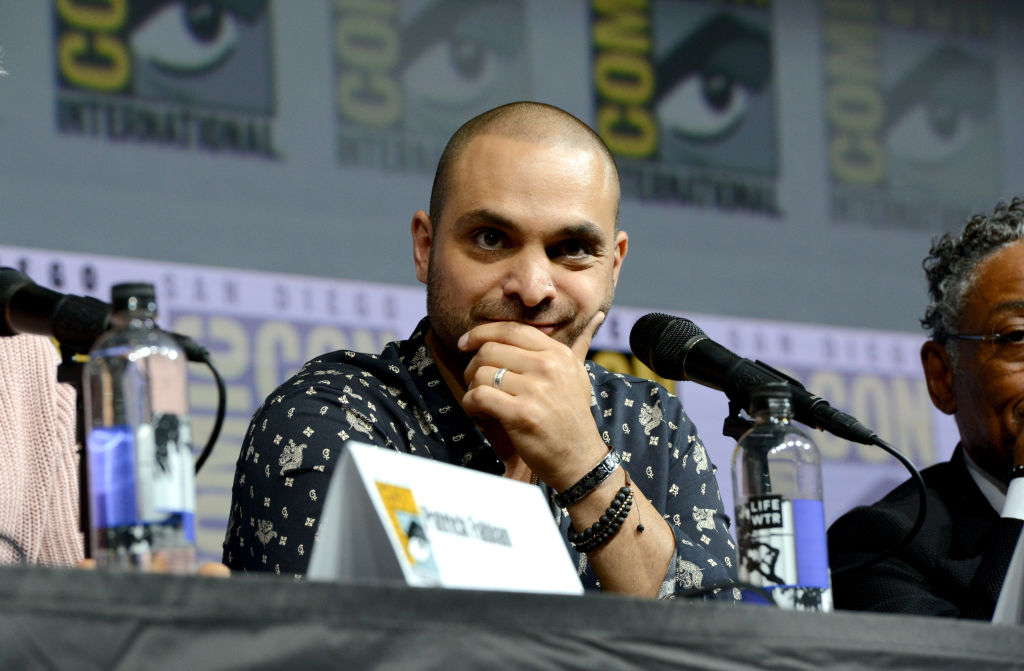 When Breaking Bad first premiered, no one knew the level of success it’d continue to have over a decade later. Without that series, there’d be no Better Call Saul. Mando revealed to Screen Rant in 2020 Nacho’s story began as one thing and ended up another.

He continued: “He’s one of the very, very few characters that I’ve ever seen in television history that changes completely. He starts off and you’re like, ‘Bad guy, cartel, wants to make money, wants to be a big boss.’”

In terms of the Breaking Bad world, Nacho and Jesse Pinkman (Aaron Paul) are more similar than different.

“There are a low of parallels between the two. I think they’re very different, and it’d be really interesting — I’m really curious to know what it would be like to have those two guys in a room,” he said.

Mando’s role was originally written to be Jimmy McGill‘s antagonist, but as Mando explained, they went a different direction.

“I think they quickly realized that Jimmy’s relationship with Chuck McGill (Michael McKean) had more tension and animosity and that he would be the better antagonist for the early seasons. Ultimately, that pushed Nacho to the periphery of the show and allowed the writers to create a longer, almost curveball arc to the character,” he told Awards Focus in 2020.

He continued: “Without that choice to focus on Chuck, we would never have found the humanity and complexity of Nacho. He’s a character that’s driven by the love of his father and is trying to do the right thing, which is far from is original arc of a gangster arc of trying to reach the top of the food chain. Now, he’s desperately trying to get out.”

The relationship shown on-screen between Nacho and his father became that much more important as his own father died during season 5 filming.

“My father passed away four days ago from cancer, which is one of the reasons I came back to Canada. I found out he had stage four cancer while filming season five, and that made playing Nacho’s storyline very difficult,” he said.

He added that his father and Jonathan Banks (who plays Mike Ehrmantraut) were close friends.

“Jonthan has been a big brother to me, both through the example he sets and his encouragement,” he said. “Two days ago, he called me to share his condolences and gave me some of the best advice I’ve ever gotten. He said, ‘Everybody knows you’re really talented, but I don’t think you believe that. Until you believe it, down deep in your core, you won’t be able to sleep. You can get all the praise and win all the awards, but you’ll never ever enjoy. Don’t wait until you’re seventy to accept that and start enjoying the experience now.’”

Mando posted a tribute to his father on Instagram

“June 29, 1948 – June 19, 2020. My father passed into the afterlife this Friday at 2:30 pm in my arms while I was meditating — it happened at my older brother’s house, overlooking a gorgeous lake. One day before the solstice, two days before Father’s Day, and 10 days before his 72nd birthday,” he wrote.

“When I opened my eyes, I realized he was gone…Never could I have imagined that death would be so beautiful & transformative for those who are left behind. It broke me so deeply and in so many places – strangely, I felt it also aligned me back into place for the first time since childhood,” he continued.

“Dad, you are my hero, my King, my teacher — I look forward to breathing your inspiration in all my art; I feel your spirit with me now, stronger than ever; clearer than ever. Papa, I love u in the way that u once wrote me in a birthday card: “More than yesterday and less than tomorrow; always and forever.” Your son, Michael ‘Mando’ Mroué #happyfathersday [black heart emoji].”

Mando said season 6 will be ‘a redemption story’

Fans eagerly await the premiere of season 6 in 2022 which co-creator Peter Gould said via Deadline, “a lot of sadness to where this is going.” Mando thinks Nacho will redeem himself in the coming season.

“This is a story of a person who finds the light. At the end of season 5, he goes to the heart of the Death Star. He meets Darth Vader, and he runs out,” he said. “He’s out; he’s running back home. Home is sort of like this metaphysical world — it’s not so much a place, but it’s a place where he can be fully himself and be his father’s son.”

The star hopes Nacho comes to some kind of harmony, whatever that may mean.

When does Grantchester series 6 start?