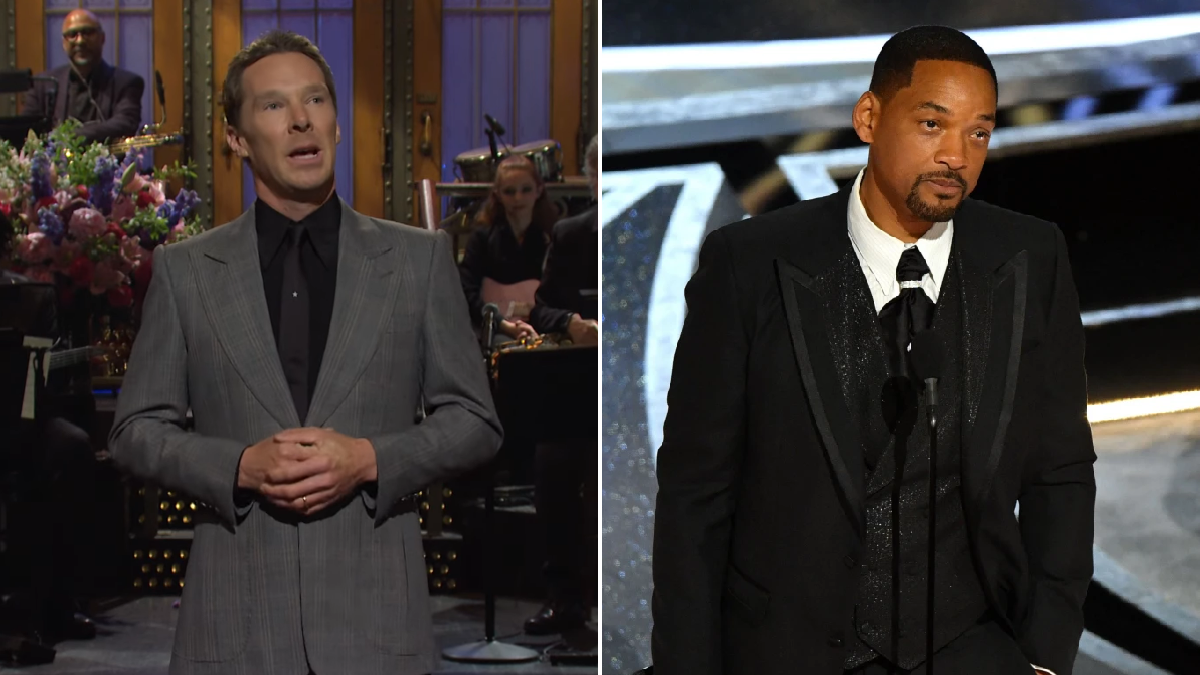 Benedict Cumberbatch joked that he was ‘beat’ by Will Smith at the Oscars as he made his opening monologue on Saturday Night Live.

The Sherlock star couldn’t help but reference the shocking moment that Smith slapped Chris Rock, which sent Hollywood and the rest of the world into a frenzy for weeks, as he fronted the sketch show.

Cumberbatch, who plays Doctor Strange in Marvel’s in the Doctor Strange in the Multiverse of Madness, began his monologue by revealing that most of the sketches he was suggested for the show revolved around the character.

‘I love the guy, I love playing the character, the film’s doing really well, but I have been in other films!’ he said.

He then shared that Saturday Night Live boss Lorne Michaels had asked him: ‘Like what?’ Cumberbatch said he responded by saying: ‘Well, The Power of the Dog for a start.’

According to Cumberbatch, Michaels replied, ‘nobody saw it’, to which he quipped: ‘Come on man, I was nominated for an Oscar for that!’ I didn’t win. I was beat by Will Smith.’

Cumberbatch was nominated for best actor at this year’s Oscars, however, the award was won by Smith for his performance in King Richard.

Before Smith collected the accolade, he slapped Rock after the comedian made a joke about his wife, Jada Pinkett Smith, and her hair loss as a result of the medical condition alopecia.

Rock later said he’d been unaware of her condition at the time.

The Fresh Prince actor has since been banned from all Academy events or programmes for 10 years following his ‘unprecedented’ behaviour.

Two days after the incident, Smith issued a public apology to Rock and the Oscars production team, admitting he reacted ‘emotionally’ to the joke and saying that ‘violence in all its forms is poisonous and destructive’.

‘I am embarrassed and my actions were not indicative of the man I want to be,’ he said.

‘There is no place for violence in a world of love and kindness…I am a work in progress.’