In a crazy twist, Captain Lee Rosbach from Below Deck made the shocking revelation that the very worst charter guest he’s ever had actually left the best tip on the show. 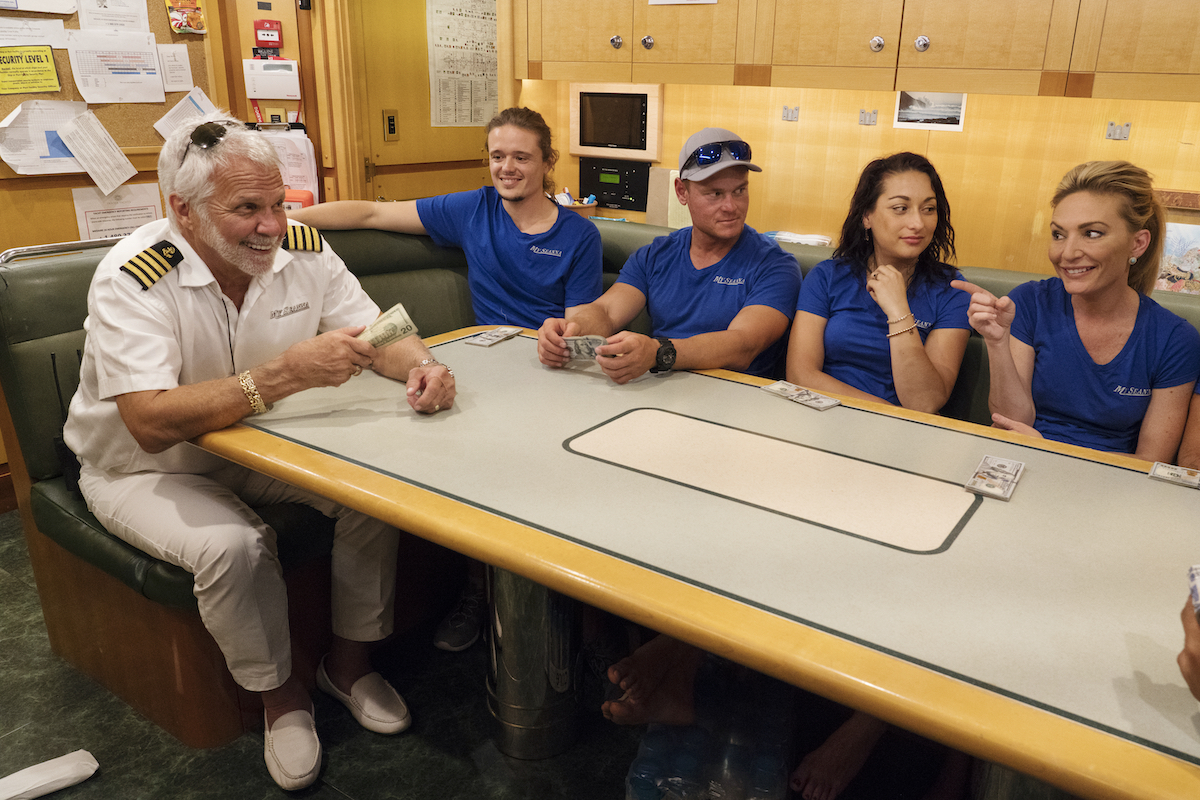 Rosbach shared this intel on the Side Piece with Melissa Pfeiste‪r podcast. “I think the biggest tip in history we got, it was $35,000,” he said. “And from the most unlikely source. Timothy Sykes!” Sykes received the dubious honor of being Rosbach’s least favorite charter guest of all time. He appeared twice on the show, leaving the massive tip the second time.

Would Captain Lee welcome Timothy Sykes back on board?

“He did it on his second trip,” Rosbach recalled. “Because his first trip, remember he took back five grand. Because you screwed up my 19-year-old date’s dinner.” Longtime viewers may recall, Sykes’ young companion leaned more toward the kid’s menu than swanky, upscale cuisine. When chef Ben Robinson plated similar, high-end food for Sykes’ date, he became agitated.

“He wanted uni and all this exotic stuff, which Ben did a great job for him,” Rosback recounted. “In fact, he had to be segregated from the rest of his guests. He didn’t want his guests, or peasants eating with him. So we segregated him. Ben prepared this lavish, extravagant meal. And she [wanted] chicken fingers and quesadillas.” Sykes also whined about the WiFi signal being too weak.

While Sykes returned and delivered a better tip, he managed to make a passive-aggressive remark at Rosbach. “Yeah he told me how much I’ve grown in a couple of years,” Rosbach laughed. But added, “I let him have his minute.”

Would Rosbach welcome him back to the yacht since he was such a great tipper? “I don’t think so,” Rosbach said. “Money’s not everything.”

Timothy Sykes gets spicy on Twitter about the charter

Rosbach had harsh words for Sykes in the past, referring to him as the worst ever. A fan asked Rosbach on Twitter what was the craziest tip story and he had an easy answer. “It was when Timothy Sykes took back some of the tip, 5K after he had already handed it to me and said he was taking some back because his 19yr old girlfriend didn’t like her dinner after he ordered it for her,” he replied.

Former chief stew Kate Chastain applauded Rosbach’s response on Twitter. But Sykes barked back at Chastain. “Actually your service the 1st time around sucked, the chef got the order all wrong, your attitudes were trash…I’ve charted many yachts, you guys were the worst, but on my 2nd trip you guys got better so I gave you $30k, the best tip in your history, just clearing up some facts,” he replied.

Sykes took his response even further. “He didn’t respond to a viewer’s question, he LIED…the crew screwed up on instructions, not us, we very clearly laid it out and I will call out screw ups left & right, not cool to lie at all.”

Strictly Come Dancing 2019 final leaderboard: Who was top of the Strictly leaderboard?