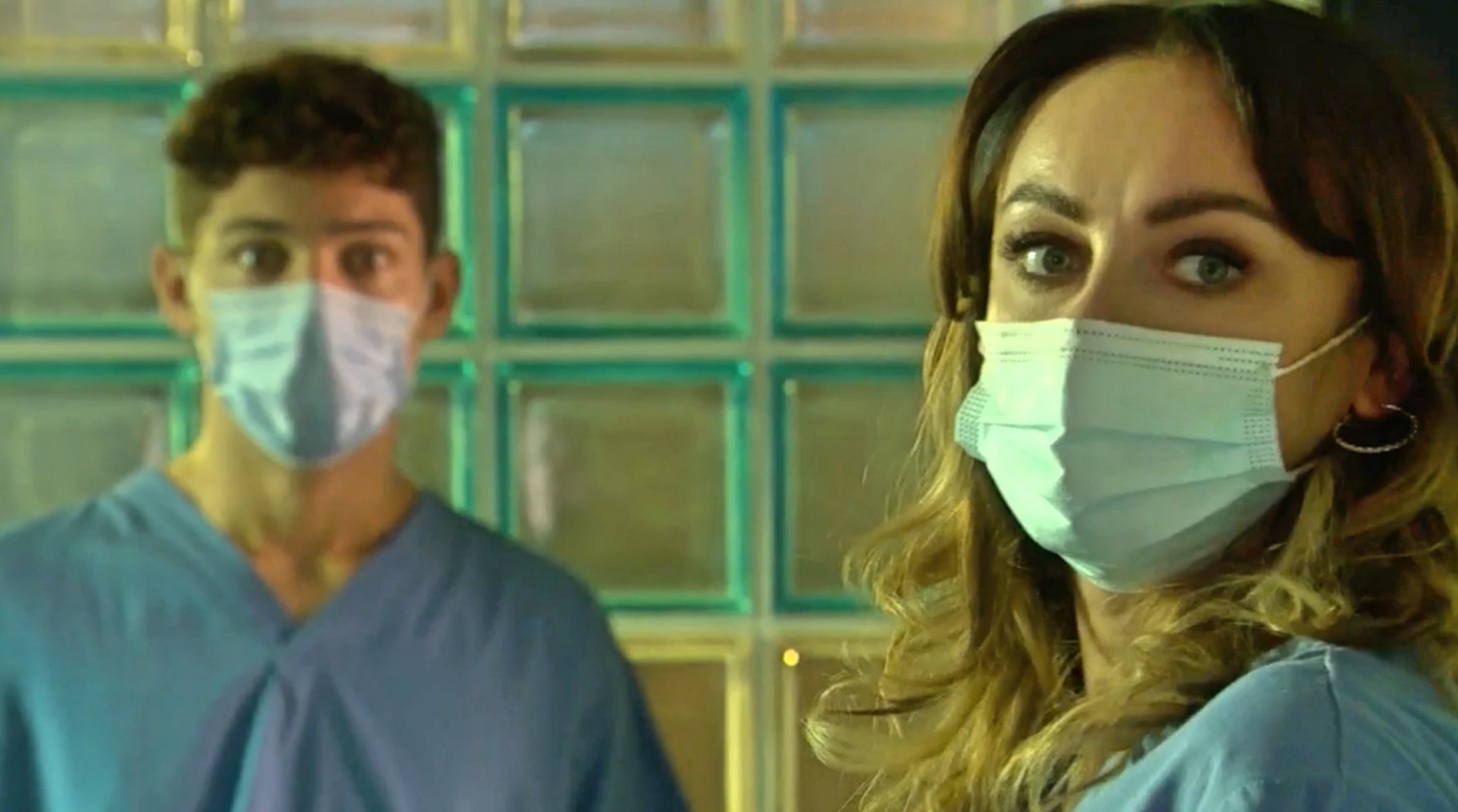 Becky Quentin (Katie McGlynn) was hellbent on making a statement in Hollyoaks, as she convinced Ollie Morgan (Gabriel Clark) to accompany her to Dee Valley hospital to destroy all the medical supplies.

The dangerous conspiracy theorist believes that the local hospital is to blame for son Henry getting meningitis, and therefore she has made it her mission to take action.

With Diane Hutchinson (Alex Fletcher) having disowned her due to her irrational behaviour, Becky soon befriended Ollie, and the two embarked on a relationship.

Becky, however, has proven to be a bad influence on Ollie, as he ended up getting arrested due to an altercation with PC Franks (Bronte Terrell).

What’s more, Becky has convinced Ollie that the doctors have got it wrong in diagnosing Luke (Gary Lucy) with FTD.

Having led him to believe that the hospital is a threat, she manipulated him into taking shocking action, as they set out to ‘destroy all the medical supplies’.

The duo got dressed up in nurse uniforms and entered the building, before heading to the room where the supplies are stored. Becky kept watch while Ollie entered, and proceeded to cause chaos.

Subsequent scenes saw Becky get arrested by PC Franks, after a witness placed her at the scene, but Ollie once again took the blame, telling the officer that it was he who destroyed the medical supplies.

Will Ollie realise just how dangerous Becky is? What’s more, will he end up going to prison?

Hollyoaks continues Wednesday December 29 at 7pm on E4, or catch the next episode right now on All 4.