Tuesday night saw the fourth instalment of BBC’s Sherwood, with detective Ian St Clair (played by David Morrissey) edging closer to the murderous crossbow killer. As the pressure was building up, the army and Metropolitan Police were brought into the investigation to try and flush out the killer. However, viewers of the show were left confused by the number of police officers who had been called in and described the scenes as “daft”.

During the opening scenes of the episode, Ian was seen speaking to Chief Constable Fraser (Phaldut Sharma) about the severity of the case.

Constable Fraser began: “So, two men on the run now. A search area that is too big, it is time to push that button, Ian.

“The ACC have authorised the deployment of hundreds of officers from other forces to come here as a national response.”

Concerned as to who would be joining him on the case, Ian asked: “What other forces?” to which the constable gave a slight nod. 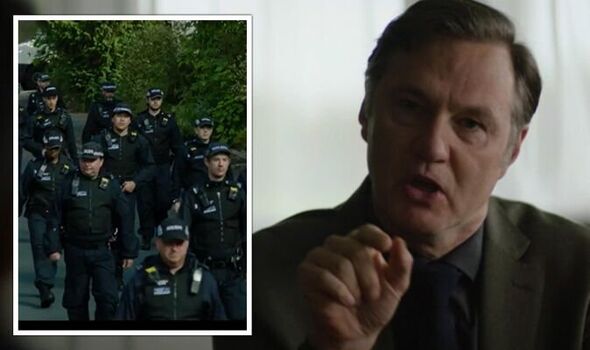 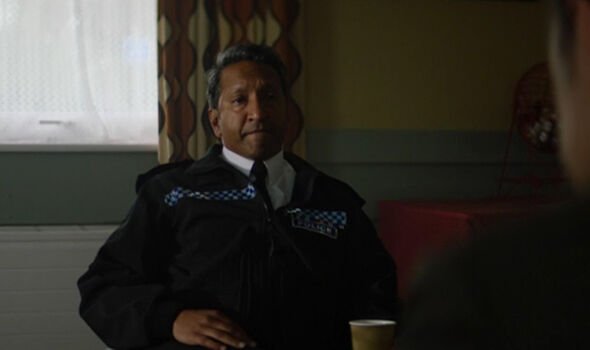 “This place remembers, I remember how they behaved last time. I don’t believe this,” he added to which the constable added: “All I know is, as my senior investigating officer, I am going to need you to bury whatever personal feelings and doubts you have.

“I need you to stand next to me and tell everyone that it is going to be okay.”

After speaking to his team about the arrival of the Metropolitan officers, an army of them arrived in the village on three separate coaches. 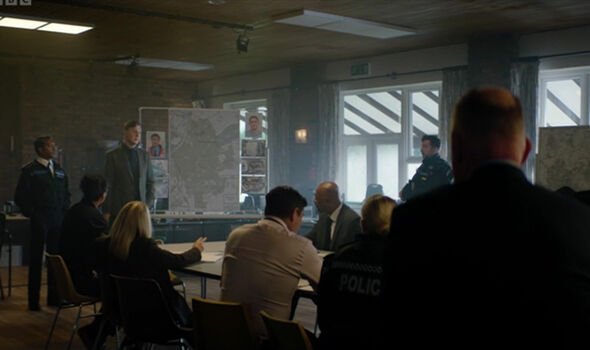 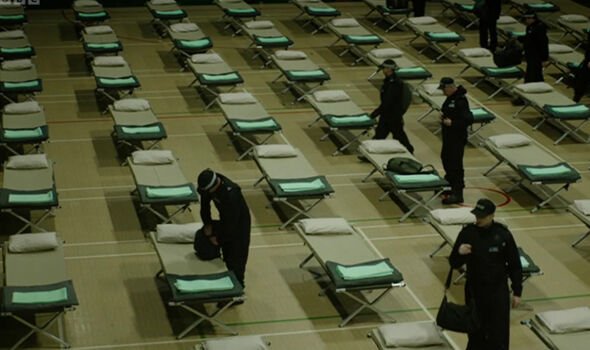 They gathered into halls on single beds and lined the streets to begin their search, but many viewers weren’t convinced that this would be accurate.

@Conderian75 commented: “Getting dafter each episode this #Sherwood.”

@Andi000211 claimed: “I really find it hard to believe they would send 6 coaches full of cops to hunt down 2 men #sherwood.”

@joy9kat asked: “Is it normal to deploy so many police on a manhunt? #Sherwood.”

@Joey_Mays8 said: “I’m enjoying #Sherwood, but there’s no way loads of coppers would descend like that. That’s just silly.” (sic)

As the investigation continued, Andy Fisher (Adeel Akhtar) was still stranded and alone in the woods.

At the beginning of the episode, he found some red berries, which he decided to eat but he soon began hallucinating.

Navigating his way through the forest, Andy stumbled across some camping gear and stole the mobile phone that was lying in sight.

He called his home phone and left a message for Neel Fisher (Bally Gill), where he revealed that he could use the phone to track him and was ready to be found.

However, as he hung up, he was hit over the head and knocked unconscious by the killer before being dragged further through the woods.

Sherwood continues Wednesday from 9pm on BBC One.

Supergirl: Azie Tesfai on The Struggles of Making Out in Costume