The UK Civil Aviation Authority announced earlier today that Thomas Cook had “ceased trading with immediate effect”. It comes after last-minute negotiations to save the holiday firm failed, putting 22,000 jobs at risk.

BBC Breakfast had reporter Gavin Lee at Palma Airport in Mallorca reporting live on the situation to Charlie Stayt and Louise Minchin back in the studio.

The correspondent attempted to speak to Thomas Cook staff members as well as holidaymakers who had booked with the company.

However, he wasn’t met with much of a response as employees he approached did not wish to talk about the situation on air.

He told viewers: “One of the staff said to me this morning that she was devastated, she’s also got to work out how to get home to the UK. They don’t want to speak on camera this morning.” 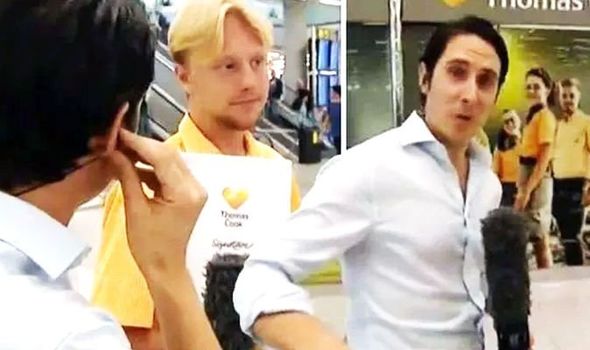 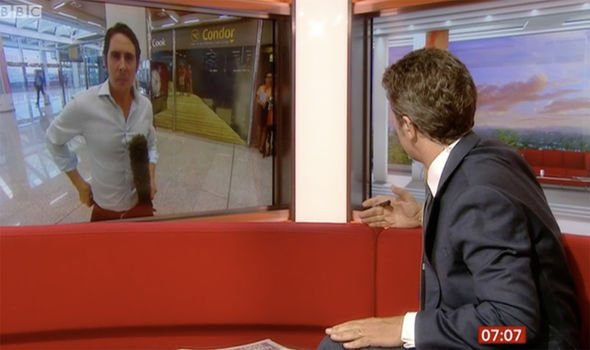 Gavin then turned to two Thomas Cook reps who were standing in the airport to ask them how they felt.

He said: “You two have turned in this morning for work potentially knowing that your jobs have gone. Great that you’re still here helping people.

“Can you give a sense of the importance of being here for you?”

However, one of the reps replied: “I have no comment.” 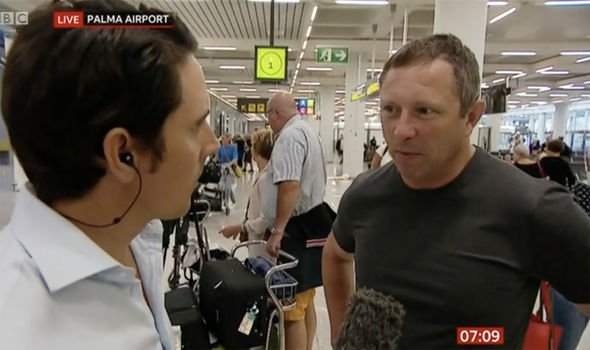 “You’re not allowed to comment this morning?” Gavin said before turning to the camera to add: “We thought they might say that.

“Some people off the record have said they wanted to come in, they wanted help out. They’re not getting paid for today and they have to sort their own flights out.”

But some viewers weren’t impressed with how the situation was being handled at the airport, given some of the workers could potentially face unemployment because of the collapse.

“Yeah, that’s just what worried passengers and Thomas Cook employees need, a BBC reporter shoving a mic in their face. #bbcbreakfast,” one wrote.

While another chimed in: “Totally out of order speaking to the Thomas Cook staff at the airport. They have lost their jobs. Leave them alone. #bbcbreakfast.”

A fourth questioned: “Why, oh why are #bbcbreakfast spending a whole morning harassing Thomas Cook staff who have just lost their jobs?”

“@BBCBreakfast and @BBCNews Not impressed with your man in Palma trying to speak with staff that turned up when they didn’t have to and pointing the camera at the girls in the office who’d said they didn’t want to speak on camera either. Distasteful to people who have lost jobs through no fault of their own,” a fifth opined.

But not everyone was reluctant to talk to Gavin as he did hear from holidaymaker Christopher who was concerned about the situation.

Christopher: “We were lucky, we were going back on EasyJet but our reps work for Thomas Cook so we got here on a third party coach to get back today but we were worried you see because we’re going back to work but it’s a shame what happened.

“I just feel sorry for what’s happening for all the people who’ve got to get back who are struggling.”

BBC Breakfast airs weekdays at 6am on BBC One.