BBC Breakfast was presented by Charlie Stayt and Naga Munchetty this morning and viewers tuned in to see them joined on a live video link from Westminster with Kit Malthouse MP.

Stayt, who was conducting the interview was keen to get strong, concise responses from the Conservative Housing Minister and it wasn’t long before he was interrupting him.

During the conversation, Malthouse said: “I like to think I’m a bit of a straight shooter, I deal with people honestly and fairly, try and build trust and friendships.”

“Straight shooting,” Stayt replied. “It’s a wonderful phrase isn’t it? So let’s try for a bit of that right now. Will you guarantee, there will be no, absolutely no extension under any circumstances to the October 31 deadline?”

Malthouse replied: “So I think an extension would be extremely difficult and I’ve never voted for an extension in parliament -“

Stayt cut him off and interjected: “I’m sorry here’s the point, if I may, this is where we test the things you’ve just said. You’re a straight shooter, I’ve asked you a very, very straight forward question, so lets go for it again.

“Can you guarantee there are no circumstances under which as Kit Malthouse as Prime Minister, we would go beyond October 31? And the point of that question is, I know you’ll understand it, the very criticism may be from you, amongst others, was Theresa May broke promises, so what are you going to tell us?”

“I understand what you are trying to establish Charlie,” Malthouse hit back. “And this debate is coming down to the question of no deal and whether a Prime Minister is willing to go over the line on no deal.

“My line on this is we make a mistake, we delude ourselves we think no deal is entirely in our control. We have to prepare for no deal on the basis the European Union may choose it on their and our behalf.”

“Yes, but you’ve got the choice,” Stayt continued and the guest replied: “I think an extension beyond would be very undesirable and I wouldn’t choose it.” 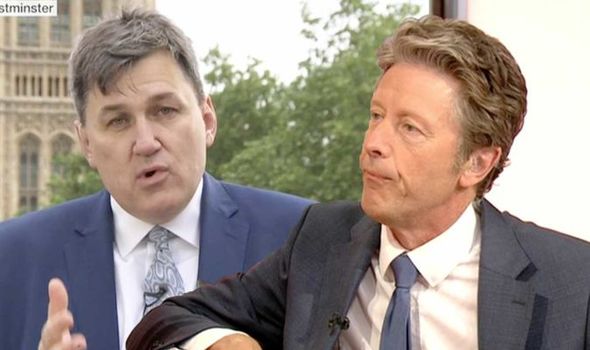 Trying an alternative approach, Stayt said: “How about we try one answer replies to something? Ok? Can we give it a try?”

“Sure as long as it’s not Cheese-Rolling!” The MP joked in reference to an earlier story on the BBC about the alternative sport.

“Ok, it’s not Cheese-Rolling, I think it might be a bit more tricky. Boris Johnson MP?” Stayt responded and Malthouse said: “Well, I said -“

Stayt cut him off and clarified: “The idea was one word. I’ll say it again, Boris Johnson?”

“I loved my time working with Boris Johnson,” Malthouse explained and he then continued to give short sentences about Michael Gove MP and Dominic Raab MP. 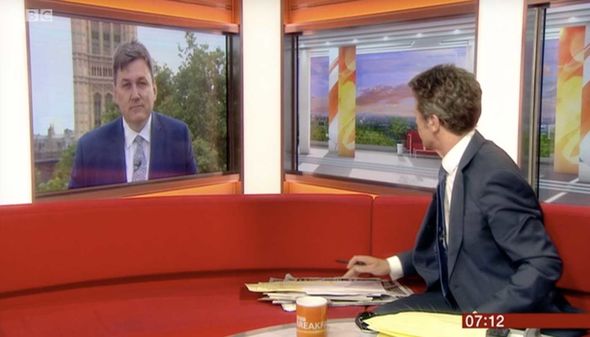 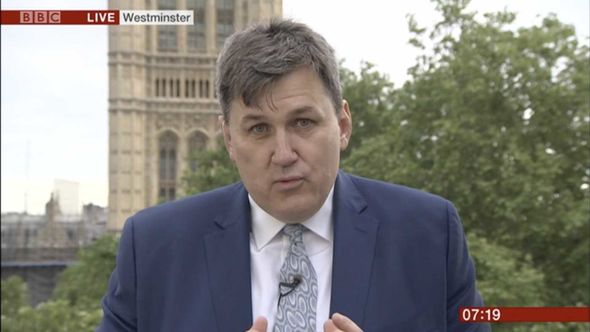 The idea was one word.

During the last few minutes of the interview, Stayt commented: “These sound like great candidates! I’m not sure you’ve done yourself any favours there.”

As Malthouse began to defend himself and state why he would make a good Prime Minister, his time was up and Stayt stormed back in and said: “I’m sorry, I’m going to stop you there. We appreciate your time there. Cheers,” and the camera cut back to Stayt and Munchetty in the studio.

It comes as ten Conservative MP’s have put their names forward to become the next Prime Minister following Theresa May’s resignation on Friday that she would be standing down as leader on 7 June.

She confirmed she would stay on as PM until a new leader is chosen – which senior Conservative figures said should be by the end of July.

BBC Breakfast airs everyday at 6am on BBC One.