BBC Breakfast returned for a midweek instalment of the news show today and Louise Minchin was joined by Charlie Stayt to present.

Halfway through, those watching at home saw Louise turn to Sally Nugent for a sports update and touched upon the recent controversy surrounding professional tennis player Johanna Konta and the press conference she took part in following her defeat yesterday.

“Coming up on the programme Carol is going to have the weather from Wimbledon,” she began.

“Now we want to talk to Sally, particularly about, we want to talk about tennis Sally but it’s difficult to do so when Jo Konta goes into that press conference and tetchy is one way of describing it. She described it another way didn’t she?”

The camera then went to Sally who was live from Wimbledon and responded: “Yes, she described it as patronising and I’m really interested to see what everyone thinks about this this morning.

“I’m going to put my neck on the line; her reaction following her defeat by Barbora Strycova yesterday has really divided opinion because she accused a journalist of patronising her in the press conference.

“I’m going to say this, and defend Jo Konta, she had just played a match, she had just been beaten in straight sets and I think the tone of the journalists questions to her, did not help her in her responses in anyway at all.

“And sometimes Jo will be really warm and friendly and sometimes she won’t be, but she’s not focused on interviews, she’s focused on her job and her job is tennis. And that’s what she was doing, so lots of people saying she had a sense of humour failing, but judge for yourselves…”

BBC Viewers were then shown a segment from yesterday’s match and a clip from the press conference which followed.

After losing 12 of the last 15 games, the British number one was questioned in the conference, on whether her performance on some of the big points meant she should look harder at herself. 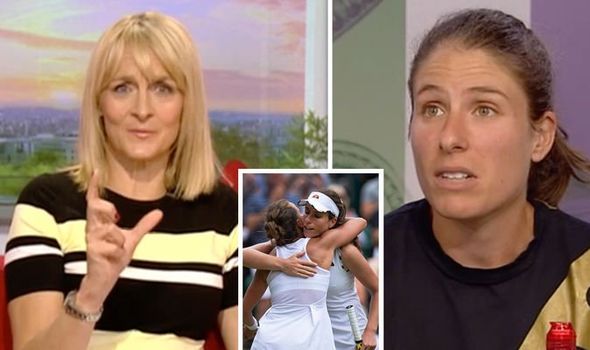 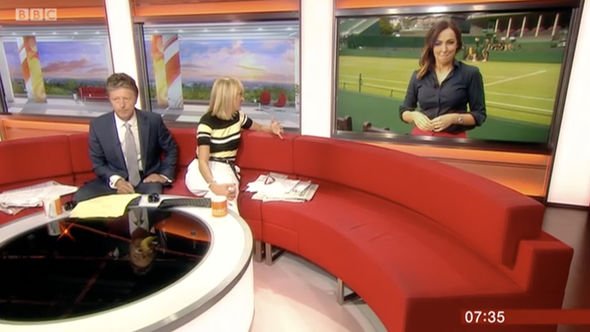 She replied shutting down the journalist: “I don’t think you need to pick on me in a harsh way.

“I think I’m very open with you guys and I say how I feel out there and if you don’t want to accept that answer or you don’t agree with it that’s fine. I still believe in the tennis I play and the tennis I compete in,” Jo continued.

The press member then presented the tennis player with examples of shots that had gone wrong, such as a smash at the next and a double fault and Jo replied: “Is that in your professional tennis opinion?” before saying the questioning was “disrespectful and patronising”.

“I’m a professional competitor who did her best today, and that’s all there is to that,” she added. 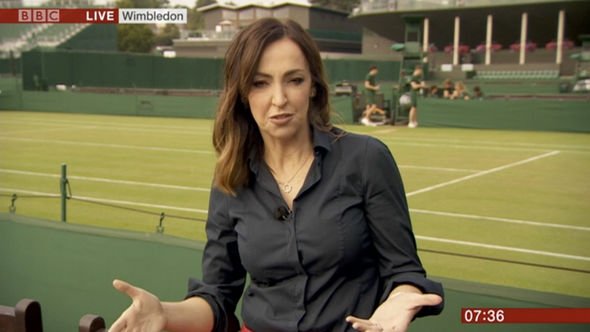 I don’t think you need to pick on me in a harsh way.

Jo to the journalist.

BBC Breakfast viewers took to Twitter to give their opinion on the matter and many supporter Jo’s response.

One tweet read: “@BBCBreakfast The interviewer was so rude to Jo Konta. I have not heard anyone else at Wimbledon interviewed like that. What about all the seeds who went out on the first day? Jo Konta got to the quarter finals! She lost a match, it happens.”

“@BBCBreakfast I watched the interview with Johanna Konta live, it was a very unpleasant and uncomfortable watch, these may be genuine questions but not at that time and probably best asked by her coach,” someone else stated.

Another viewer said: “@BBCBreakfast Jo Konta may not have reacted in the best way but yes that journalist was patronising and irritating. Good on her for giving him short shrift.”

However, some disagreed with how she handled the question. 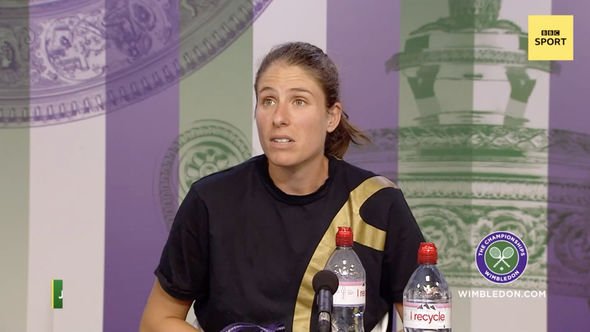 One said: “@BBCBreakfast I think it was well within Jo Konta’s compass to win that match yesterday — AND her French Open semi-final. She has to be more self-critical if she wants to succeed. Sorry, Sally, I completely understand the reporter’s viewpoint. He’s not there to be a cheerleader.”

“@BBCBreakfast Interesting that Johanna Konte adopted  a ‘like it or leave it’ approach with the press. I have every respect for her as a tennis player, but she should be aware that it is a journalist’s job to ask questions, sometimes tough ones. To deflect is to deny imho,” another added.

While a third remarked: “@BBCBreakfast Jo Konte needs to know that tough questions from journalists come when you play top level sport. Is nobody allowed to criticise her anymore? She deflected a fair question by saying it was ‘patronising’. Will she only respond to ex-players/pundits’ questions now?”

It comes after Monday’s show when Dan Walker was taken aback by a word used by Carol Kirkwood during her weather report.

BBC Breakfast airs every day at 6am on BBC One.

BGT results 2020: Who made it through on Britain’s Got Talent tonight?

'The Voice': Blake Shelton on the Dumbest 'Decision' He's Ever Made as a Coach