The BBC are reportedly furious with Channel 5 after they signed Jay Blades MBE to front a new show, The Mirror has revealed. The Repair Shop frontman is making a three-part documentary about his upbringing in East London for the broadcaster and he is one of many BBC stars to have created programmes with the rival channel.

Jay shot to fame presenting The Repair Shop which has been airing on the BBC since 2017.

The furniture restorer has gone onto become a household name, fronting Money for Nothing and co-presenting Jay and Dom’s Home Fix.

The upholsterer has also appeared on Would I Lie To You? Celebrity Masterchef, Richard Osman’s House of Games and Michael McIntyre’s The Wheel since.

But before his time in the limelight, Jay experienced some difficulties which Channel 5 would like to document. 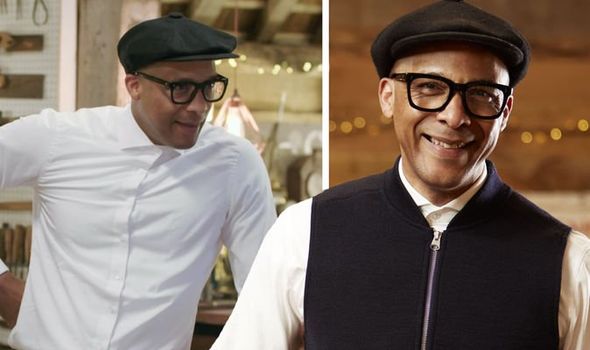 Jay was raised in East London with his mother and half-brother, he is one of 26 children his father, fathered in different countries.

The Repair Shop star has spoken out before on having dyslexia, which was not diagnosed when he was at school.

Similarly, he has also revealed he experienced racism at school and from the police.

As a young man, Jay worked as a labourer and in factories before going to university as a mature student to study criminology.

From there, Jay married his then-wife, Jade, and together they set up a charity, Out of the Dark, which trained disadvantaged young people in furniture restoration.

Unfortunately, the charity lost funding, and Jay’s marriage broke down which led to him becoming homeless.

He was supported by friends and by the Caribbean community, and around the same time, TV producers saw a short film about the charity which led to his work as a television presenter.

Jay is now going to be making a documentary with Channel 5 called The Streets Where I Lived.

But according to an unnamed source, the BBC is not happy about the move: “Channel 5 is trying to become some sort of BBC Lite – they keep signing our presenters.

“They need to create a separate identity,” The Mirror published.

As for how Jay feels about making the show, he said: “If someone like me, who grew up in Hackney with no training can front a hit BBC1 show, so can others.

“I can’t wait to go back to my old neighbourhood and discover the history on its doorstep.

“The places I visit are the buildings, streets, and communities that made me the man I am today.”

Daniel Pearl, Channel 5’s Commissioning Editor for Factual, said: “Audiences are used to seeing Jay shine a light on other people’s memories, but this series will turn the tables and give viewers an insight into his life, unearthing new discoveries not only about himself but also the community he grew up in.”

Jay is one of many BBC stars who has signed with Channel 5 for new opportunities.

DIY SOS’ Nick Knowles revealed in March he would be making a two-part series for the broadcaster, while Pointless has Alexander Armstrong has signed up for a three-part travel series.

Jeremy Vine also took over from Matthew Wright on his morning show back in 2018, while his BBC Two quiz show Eggheads is also jumping ship.