Naga Munchetty remained at the helm of Saturday’s edition of BBC Breakfast but instead of presenting alongside her usual co-star Charlie Stayt, she was joined by Chris Mason – one of the presenters of the BBC’s Newscast podcast. This was brought to the attention of Professor Jason Leitch, who was in the hot seat this morning and soon admitted he was a huge fan of Chris’ during his interview, leading Naga to jokingly hit out at the guest.

This morning’s line-up looked a little different to usual with Chris stepping into Charlie’s shoes.

Later on in the programme, the pair’s attention reverted back to the ongoing coronavirus pandemic.

Host Chris said: “The Scottish Government is warning people against non-essential travel to the parts of England most affected by the new restrictions.”

Naga continued: “Now, the advice was issued as 30 new cases of coronavirus were confirmed in Scotland. 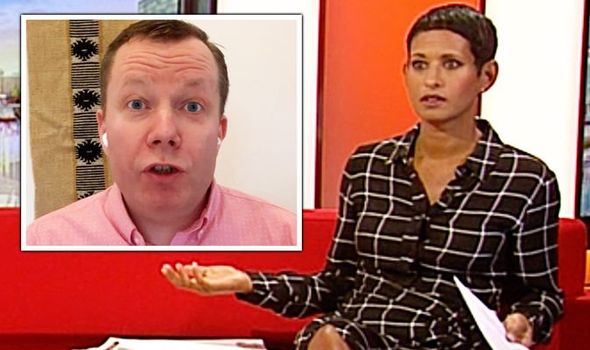 “And that’s led the First Minister to warn she would be prepared to take stronger action on restrictions at the border with England if required.”

The host asked the show’s guest how he was doing, to which he responded: “I’m doing well. I’m a little starstruck this morning!

“You can tell Mr Mason I was listening to Brexitcast for 18 months when I was running every day,” explained Professor Leitch. 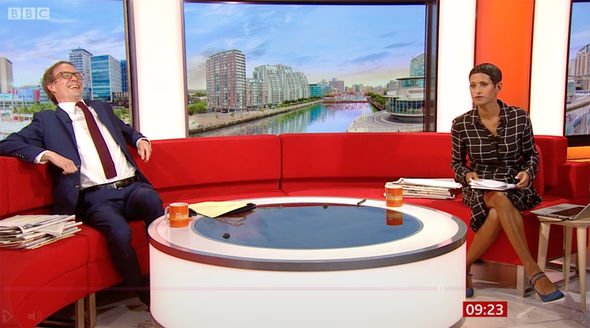 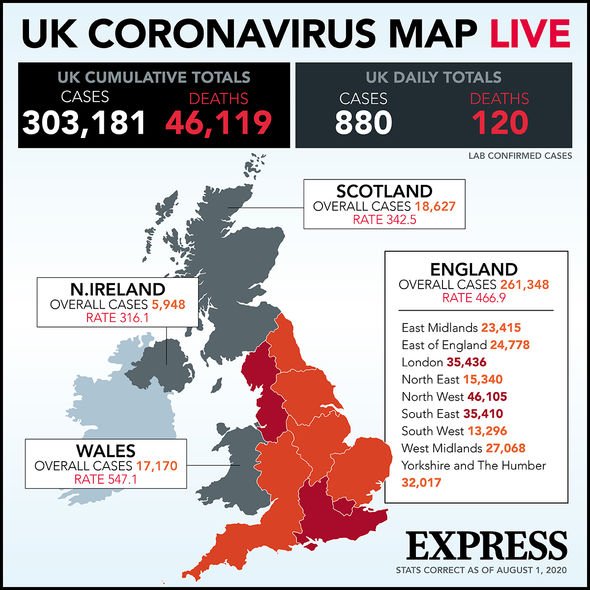 Pleased with the praise he had received, Chris responded: “I am blushing, thank you!”

However, his co-star became jokingly annoyed at the prospect of being left out of proceedings, asking: “Hello, what am I then?”

After a slightly awkward silence, the guest noted: “I speak to you [Naga] more often, he’s just newer, Naga.”

Naga asked: “Would you like Chris to do the interview?”