Kaitlyn Bristowe is speaking out about how she’s being treated by her Instagram followers. This week, she went out for dinner with Jason Tartick and the newest Bachelor couple, Colton Underwood and Cassie Randolph.

In a photo that Kaitlyn shared on her own Instagram Stories and Jason shared on his Instagram feed, the group is seen laughing and smiling. But Kaitlyn’s followers thought she looked not just bloated, but perhaps pregnant as well.

Rather than ignore the photo, many reached out to her about both being pregnant but also telling her to eat more as they thought she was too skinny.

Incredible people, not so incredible pose…wonder what Cass is saying to Colton?

That’s when Kaitlyn decided to use her own Instagram Stories to reveal just how hurtful those comments can be.

“You know what. I’m gonna be real. I didn’t laugh this one off. I cried on the floor. I’ve had body image issues in my life. Being called pregnant after a big meal triggers my feelings,” Kaitlyn wrote on her Instagram Stories with a photo of her. 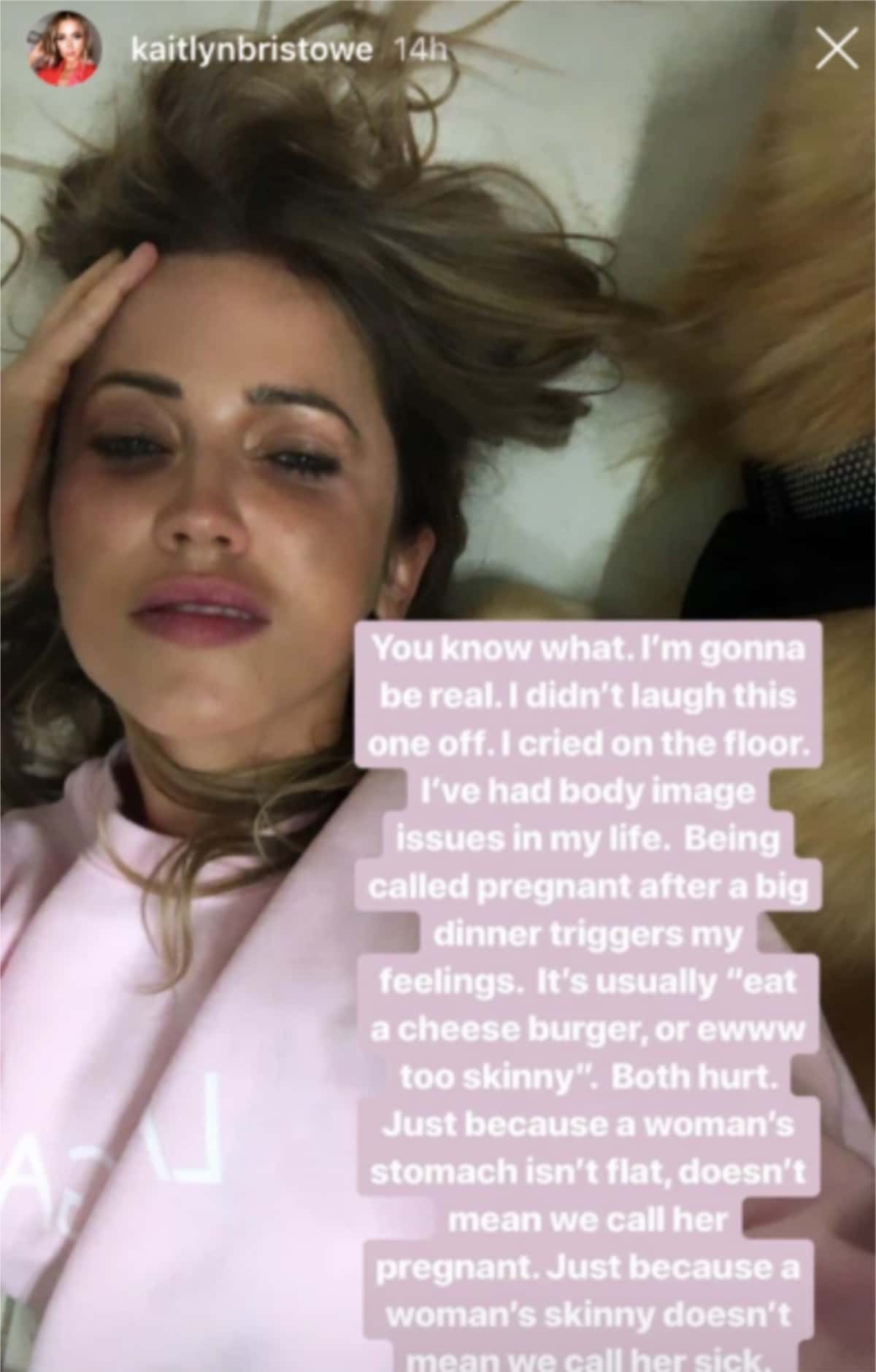 Throughout Kaitlyn’s time on The Bachelorette, people would often tweet her to eat more because they thought she was too skinny. This is the first time that Kaitlyn has spoken out about how these negative feelings are affecting her.

Perhaps now that her followers know that she’s struggled with body issues her entire life, she will get support instead of hateful comments about eating more or being bloated after a meal.

The Bachelorette airs Mondays at 8/7c on ABC.

Kate Gosselin Celebrates Son Aaden, 16, Getting His Braces Off: 'Braces Are a Thing of the Past!'