Antiques Roadshow visited Christchurch Park in Ipswich where treasures included a collection of 1960s music posters. BBC expert Jon Baddeley took a trip down memory lane with the valuation and left the poster owner gobsmacked when he revealed her posters were worth up to £600 each.

“You brought along a large selection of music posters,” Jon began. “What they all have in common is they all relate to one club which was the Bluesville at The Baths Hall. Where was that?”

“In Ipswich and in the summer it was a swimming pool but in the winter they covered it over and it became a dance hall,” the owner replied.

“You were working then here in Ipswich?” Jon question and she explained: “Yes, I’d just left school and was working around the corner in the telephone exchange. 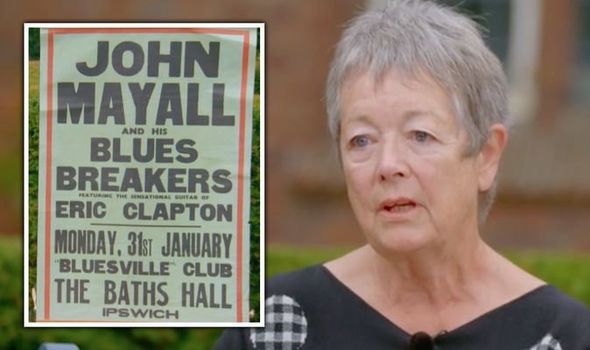 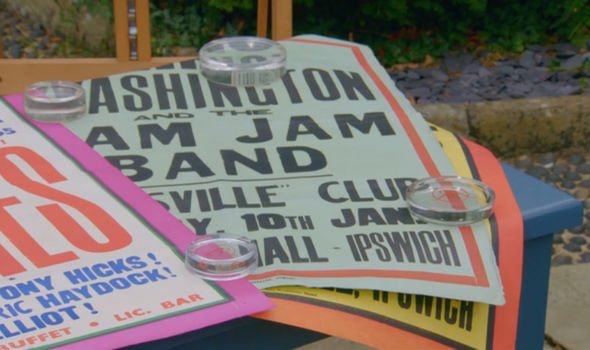 “I met a group of girls from Ipswich and we used to go there every Monday night. We met all these famous people now but they weren’t famous then.”

“So of all the people lined up here what was your favourite group or individual?” Jon asked.

“And here he is,” Jon said pointing at one of the posters. “Long John Baldry headed the line-up and Rod ‘The Mod’ Stewart was number two. 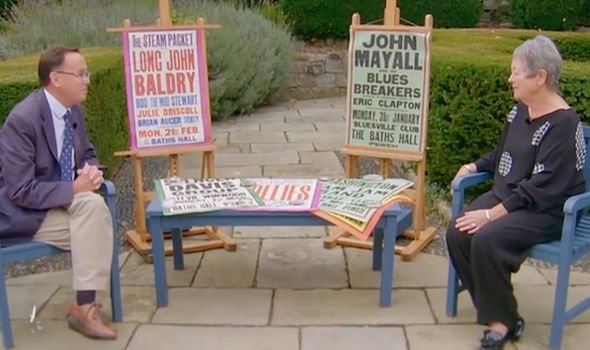 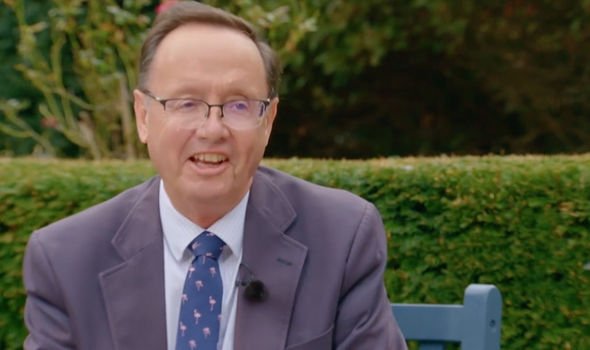 “My favourite is the one nearer you, John Mayall and his Blues Breakers, and then he’s featuring the sensational guitar of Eric Clapton.

“Eric Clapton is a particular hero of mine. He was in the Yardbirds, I suppose that was his first group.

“He left the Yardbirds and joined the Blues Breakers for just a year and then formed that epic trio The Cream.”

“These sorts of posters were produced every week, they would have been fly posted, torn down, thrown away. So how come you’ve got so many and you kept them?” Jon asked.

“Well the club was run by Andrew and Ron Lesley who were the promoters from London,” the guest answered.

“They would come down every week and leave them lying around in the entrance hall.

“I think the idea was you’d take them and show them around and I squirrelled them away and during one of my moves found them folded up in my school satchel.”

“I realised they were of interest and then flattened them out and kept them in the attic,” she added.

The expert said: “We come to values, the more desirable ones relate to the more memorable artists.

“That’s lovely, thank you,” she said and he remarked: “Congratulations to you for preserving them and it’s brought back memories of my teenage years and obviously it has for you too.”

Antiques Roadshow continues on BBC One tonight at 7pm.

Agatha Christie’s Poirot: 7 famous cast members you might have missed