Antiques Roadshow: Expert values collection at up to £15,000

Antiques Roadshow was broadcast from the Lake District earlier this year and expert Siobhan Tyrrell was on hand to take a look at an unusual collection of silverware and jewellery which belonged to an extremely successful female sailor. After discussing the items in-depth, those watching a home saw Siobhan put a £15,000 price tag on the collection.

“We’re at the waters edge of the beautiful Lake Windermere, so it seems really appropriate that we’ve got a sailing interest collection here,” Siobhan said.

“And this wonderful photograph of this lady called Mrs Afra Cross. Can you tell me who she is?”

“Afra was my grandmother and yes, she was quite a sailor,” the lady replied. “She decided to join the man’s world and start racing which I think was very unusual for that era.”

“And what period are we talking about?” Siobhan enquired.

The guest said: “She bought her boat in 1935 and raced really until the war, and she was extremely successful at what she did.” 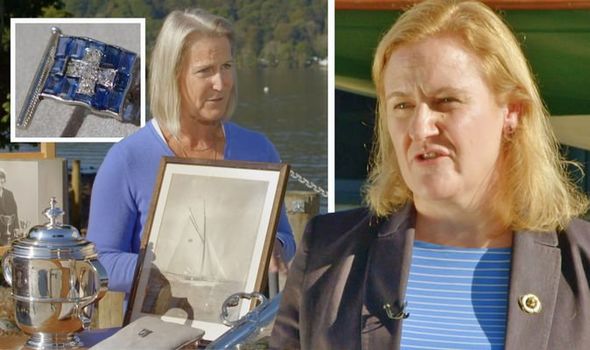 “It looks like she is because I looked at the inscriptions on both of these trophies and these aren’t small events,” Siobhan went on.

“You’ve got the Royal Watch Squadron Cup over here, probably the most prestigious watching club in Britain.

“And this tray here is the Royal Southern Yacht Club. and the centenary race.”

“This tray, there’s an interesting story to that one because she was in her garden celebrating after her victory and they didn’t have a prize or trophy for her for that class.

“And they said: ‘Afra, what are we going to do? We’re very apologetic, a bit embarrassed.’ They said: ‘Is there anything you want?’ And she said: “Well, actually, I rather fancy that silver tray,’ as the waiter walked by.” 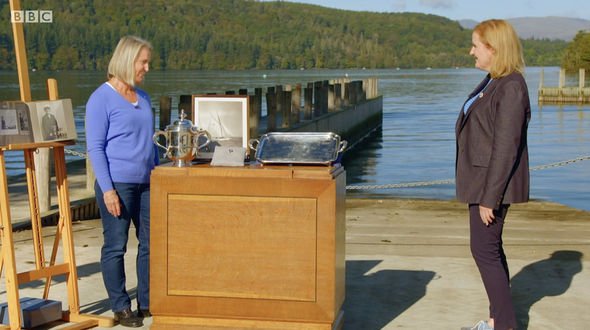 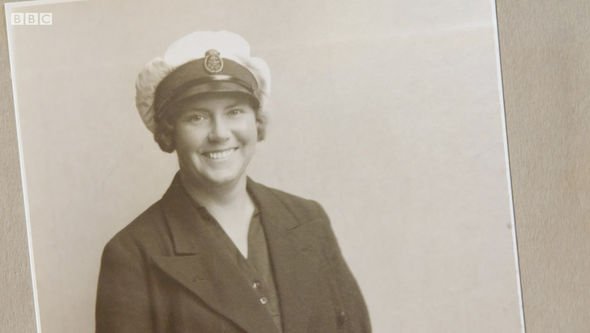 Siobhan added: “And she grabbed that – well she had a really good eye because it’s actually a Garrad silver tray and it dates London 1849.”

“So it’s quite an old tray and it’s a beautiful size and a lovely, lovely, weight. And what about the brooch here?”

“The brooch she had made, that is her sailing burgee, so those were her colours that she sailed with,” the granddaughter of the sailor explained.

“Her name was Cross, so it’s blue sapphires with a white cross.” 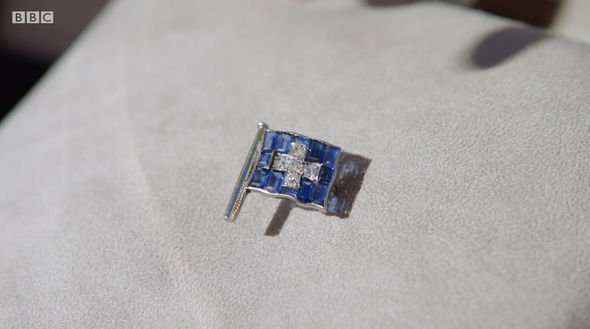 Taking a closer look at the brooch, Siobhan said: “It’s set in platinum – really good quality. It would’ve been made by one of the really good British jewellers.

“It could also be by Garrard, who knows? It’s not marked, but it’s certainly a beautiful piece.”

“And she wore it all the time,” the lady remarked. Siobhan commented: “Wonderful. And the trophy?”

“Well this is a trophy she won in 1937. This was presented at the Royal Yacht Squadron. But of course, in those days, ladies weren’t allowed in the squadron. And so it was presenter to her, I gather, from the balcony into the garden,” the guest replied.

“Well, she was in quite good company because I believe the Queen was disallowed from entering the club, and she was a patron,” the expert discussed.

“We’re looking at a period of the 19th through to the 20th century where it was, as I said, very male-dominated.

“I can’t think of any other female professional sailors that were winning events like this, really, until people like Tracy Edwards and Ellen MacArthur. You know, 50 or 60 years later. So she was so ahead of her time.”

As for the price tag the collection would get if it were to go to auction, Siobhan said: “I would really value it as a whole collection rather than separate items because it all relates to her.

“Women’s sporting history is so prevalent at the moment. And the fact that she was such a forerunner at this time, I would have absolutely no hesitation in valuing the collection at £10,000 to £15,000.”

Antiques Roadshow is available to watch on Sunday evenings at 8pm on BBC One.