The expert on the BBC show valuation show came across the seemingly worthless glass as soon as he entered the shop, and it immediately caught his eye. The expert on Antiques Road Trip instantly picked up the glass and explained why it was such a bargain and would sell for far more – and he turned out to be correct.

“It’s like a tiny little sweetmeat dish, or a miniature cake stand.

“And you’ve got the little bowl there, and trust me – this absolutely delicious little knopped stem and it sits on a domed and folded foot.

“A folded foot is one in which the glass has been turned back on itself to give a double-thickness at the edge. 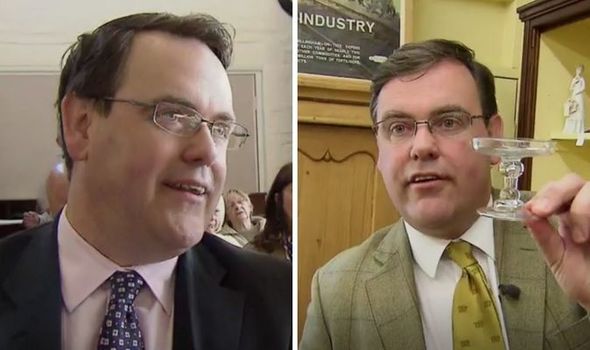 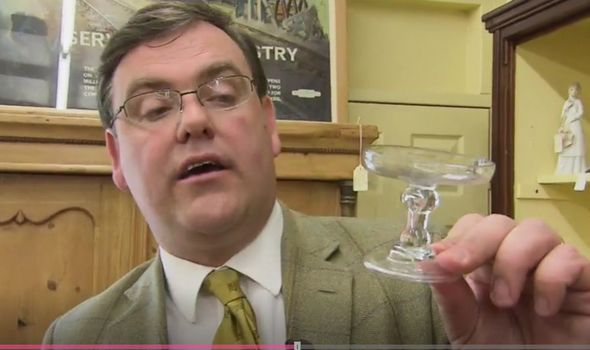 “That is serendipity – it’s also a colossal bargain. The truth of the matter is – that’s worth, to a specialist client, one hundred pounds of anyone’s money.”

Later on when the item was being auctioned, the moment of truth came and Paul proved to be right.

The bidding started at £110, but soon escalated into more than double this amount. 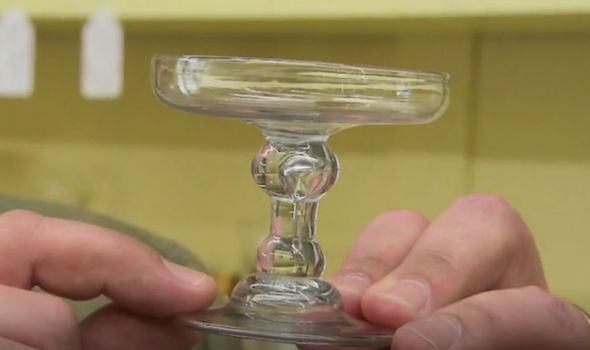 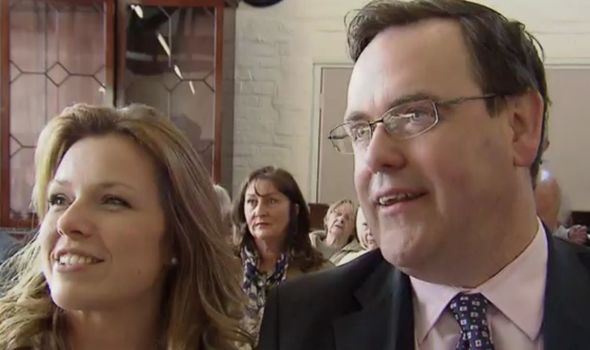 “I told you,” Paul smiled as the bidding amount continued to climb.

“Slightly over-estimate,” the auctioneer commented as the glass eventually went for £360.

“Wow!” Paul said after momentarily being left speechless. “That was my moment.”

Fellow auctioneer Christina Trevanion was hugely impressed and joked: “Would you like a piece of cake?”

Earlier in the show, Christina had commented how different her and Paul’s eye for bargains were.

She explained: “What I find quite fascinating is that both Paul and I will walk in here and we’ll both go for entirely different things.

“It’s like we’re yin and yang isn’t it?” It was at this moment that Paul found the glass, emphasising again that he was only three steps from the entrance.

The pair had been travelling through Hertfordshire, Buckinghamshire and the West Midlands when Paul spotted the gem.

“And that’s all I’m buying,” he announced, determined.

The episode originally aired in 2017, and the series follows antiques experts who compete against each other to see who can turn the biggest profit over five programmes with an initial budget of £200.

Episodes of Antiques Road Trip can be viewed on BBC iPlayer.