In a massively scaled bid at citywide awards-season exposure for its flagship series “The Marvelous Mrs. Maisel,” up for 20 Primetime Emmy Awards this summer, Amazon went big. The film and TV studio offered Los Angeles residents to take a trip to 1959 with period-era prices on goods and services throughout the city. Everything from a $2 blowout at Dry Bar to a $.99 pastrami sandwich at LA delicatessen favorite Canter’s, and even a $40 one-night stay at the posh, otherwise pricey Hollywood Roosevelt Hotel, is on offer throughout the day. (Demand at the Roosevelt has been high, with a line stretching down Hollywood Blvd.)

These nostalgic deals seemed like great fun for fans not only of “Mrs. Maisel” but also penny-pinching Angelenos tired of being taken for a ride by many of the city’s most beloved institutions. However, Maisel Day, as Amazon deemed it, proved to be a bit of a problem at one Santa Monica gas station, where the absurdly cheap price of $.30 a gallon was being offered to gas guzzlers willing to queue up for an unbeatable deal. In a city where gas prices are currently totaling more than $4 in most neighborhoods, local police had to shut down the promotion due to major traffic congestion. 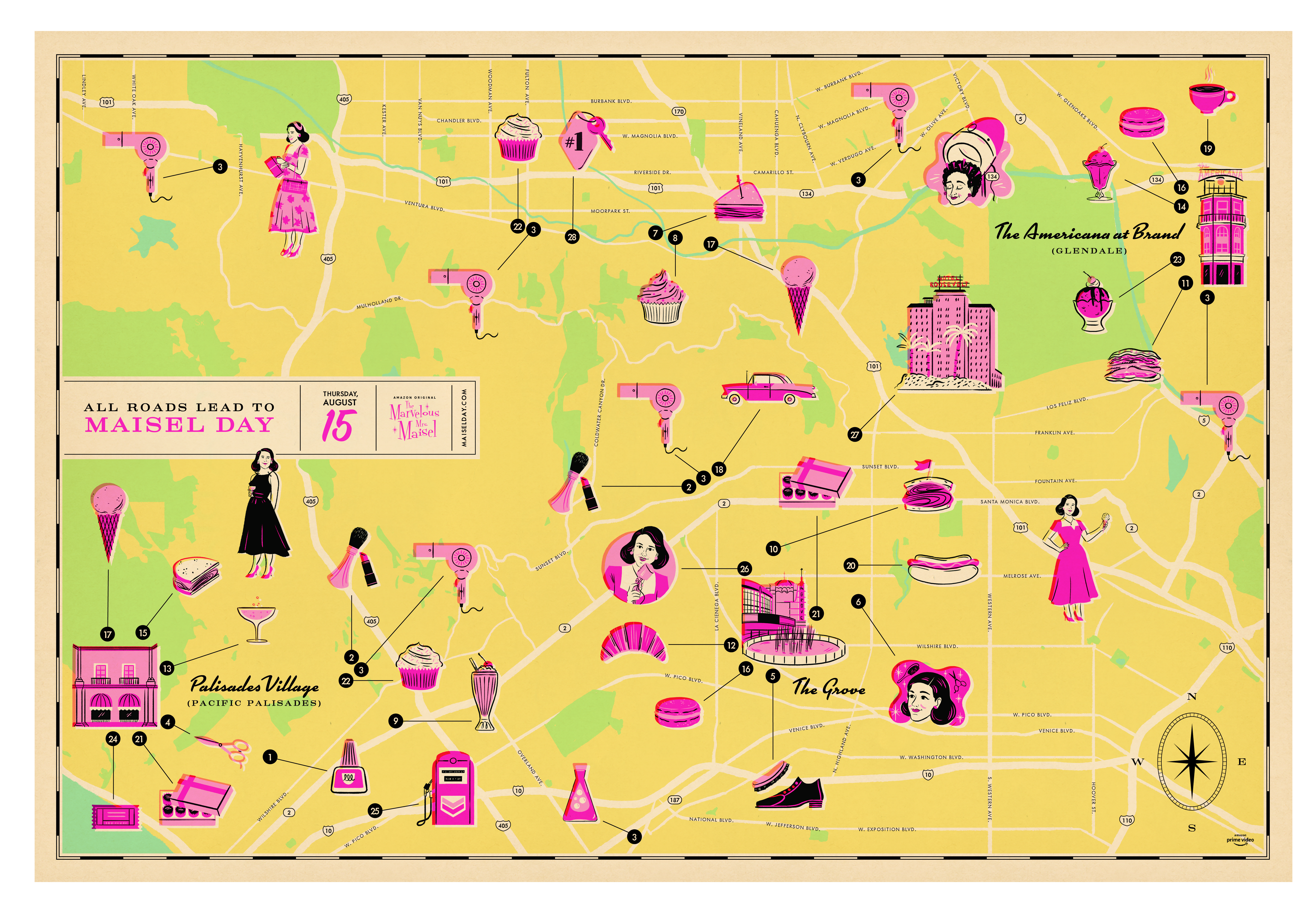 A Chevron on Michigan Ave, already a busy street for Santa Monica drivers, was forced to suspend the promotion to account for the traffic in the area. Amazon has reportedly been able to resume the promotion, however, with a more orderly line to manage the droves of customers coming out for dirt-cheap fuel.

No word on Twitter as to whether law enforcement had to intervene in other areas where Maisel Day took over. However, it seems that fans of the Emmy-winning series starring Rachel Brosnahan, as well as fans of 1950s-era fashion, are coming out in their Maisel best to enjoy cheap Pink’s hot dogs, $.30 malts at Cafe 50’s, $.50 burgers and fries at Mel’s Drive-In, and much more. Get your discount treats and services while supplies last — or before police pry them out of your hands.