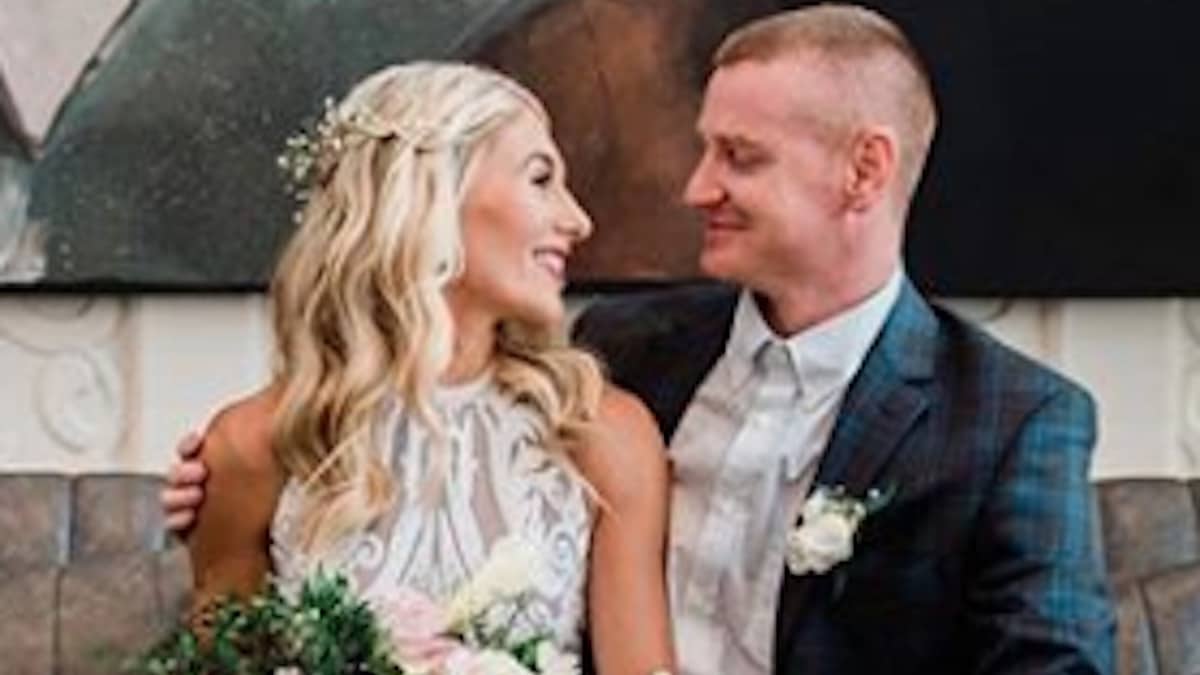 Wes Bergmann is one of the OG’s from MTV’s The Challenge series, as he’s participated in quite a few of the shows over the years. He’s had plenty of memorable moments with his sneaky plans set into motion behind the scenes and his elimination battles. Wes has actually won the competition show too. He’s also won in life in terms of a relationship as he got married in the past few years. So who is Wes from The Challenge’s wife Amanda Hornick?

A report via The Hollywood Reporter in June of 2018 indicated that Wes Bergmann was officially married. Wes also tweeted out that major life news saying “Married AF” to let his fans, friends, and followers know he’d tied the knot.

Wes Bergmann’s wife is Amanda Hornick. Based on a LinkedIn profile, she reportedly attended the University of Kansas from 2013 through 2016 for her Master’s degree where she also worked as a campus recruiter. Other positions listed include a brand ambassador for Glamour Magazine and Senior Admission Counselor for William Jewell College.

Amanda’s currently a yoga teacher in Kansas City with over 15,000 followers on Instagram. According to her bio, she shares “real food, real fitness & real life” on her Instagram page. She also shares photos of herself with hubby Wes Bergmann including the following pic of their wedding.

2018 was the happiest year of my life so far- because of moments like this, yes- but also because of thousands of tiny little moments not caught on camera by a professional photographer. The highlight reel is cool- but it’s singing Bon Jovi “Wanted Dead Or Alive” with your dog (because it’s his favorite song) & laughing with someone you love in bed on a Tuesday morning (with serious bedhead & morning breath) that’s really freaking beautiful ❤️ Happy 2019, gorgeous people. It’s fabulous to start out the year with lofty goals or big plans (if that’s your thing), but don’t forget it’s the tiny, nameless moments in between the major events that can fill you up & sustain you ?

Apparently, they dated since September of 2016. Wes popped the question to Amanda at a Kansas City Royals game and of course, she said “Yes!”

The couple appears to still be happily married to this day. Amanda posted a photo of her smiling and hugging Wes a week ago as she talked about preparing for fantasy football. That’s one of many photos she put on Instagram in the past weeks with her and her husband. See more at her @nomastayinkc profile.

Laying on my couch ? diligently researching for my fantasy drafts this week ? slightly regretting the last Bangkok Fizz I ordered at @jaxfishhouse ? and thanking my lucky stars I married someone I have so much fun with every day ? Also thankful for leopard print ? red lipstick ? & rainy days that make it socially acceptable to lay on the couch all day and sleep off said Bangkok Fizzes ? What are you thankful for? #SundayFunday #BFF #ILoveYouMadly

On a recent episode of MTV’s The Challenge: War of the Worlds 2, Wes was part of a highlight moment. One of the Team UK members, Georgia Harrison, joked that Wes’ wife was going to delete his Twitter afterward. However, it appears Wes still has his Twitter up and running. He even recently tweeted out a joke about how to make a relationship work.

Without giving too much away, Wes was humbled on a recent episode of MTV’s The Challenge: War of the Worlds 2. However, it’s not the first time he’s been in that position. He also believes that Team UK’s Kyle may be stalking his lovely wife, Amanda Hornick.