The One Show was back with the final instalment of the week, delivered by Alex Scott and Gethin Jones. Joining them on live video link was Paddy McGuinness to discuss the new series of Total Wipeout and his role as a Top Gear presenter. At the end of the show, Paddy signalled his exit and when he stood up, he revealed he was wearing only a denim shirt and white underpants, much to the surprise of Alex.

After discussing him and Top Gear co-presenter are now fronting the Total Wipeout best of series, Paddy had a little surprise for the hosts.

“Look what I’ve got for you because it’s Friday night – have a look at this!” He said and reached for a switch behind him to turn on some sparkly lights.

“Disco in Alan’s house!” Alex joked in reference to her blunder during Seth Rogen’s interview earlier in the show.

Gethin added: “It’s a party at yours!” 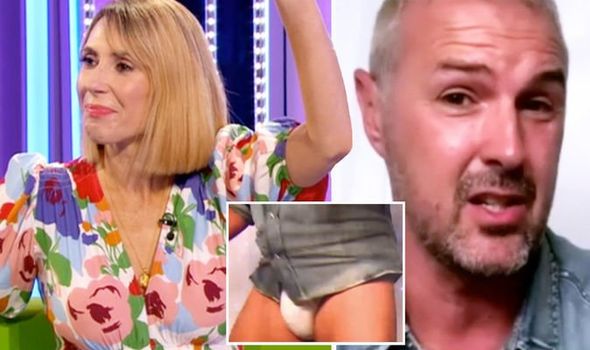 We will use your email address only for sending you newsletters. Please see our Privacy Notice for details of your data protection rights. Alex Jones: The One Show host unveils new blonde look

“Thank you Paddy  – always great to see you!” Alex ended.

Paddy replied: “Thank you for having me on, and I’ll tell you what – I’m red hot. Are you hot?”

“Boiling,” Alex offered and Gethin remarked: “Don’t take anything off that would be a real shame at the end of the show.”

“No, no. I’m sweating like Dominic Cummings in Specsavers,” the guest explained.

He then stood up and those watching at home saw he had no trousers on as he said: “Anyway, have a good one!” 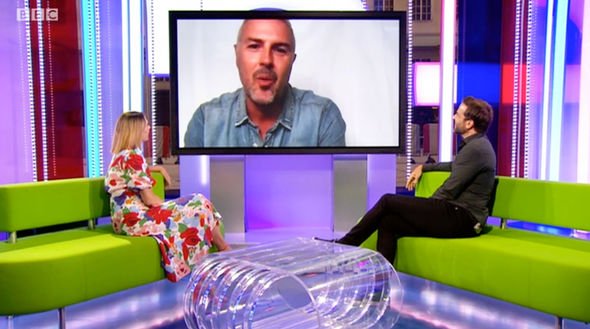 While Alex was not thrilled by Paddy’s mischievous behaviour, The One Show viewers were.

“@BBCTheOneShow get innnn Paddy McGuiness made my weekend xx,” another wrote.

A third commented: “@BBCTheOneShow Now that was an exit! @PaddyMcGuinness #genius.” 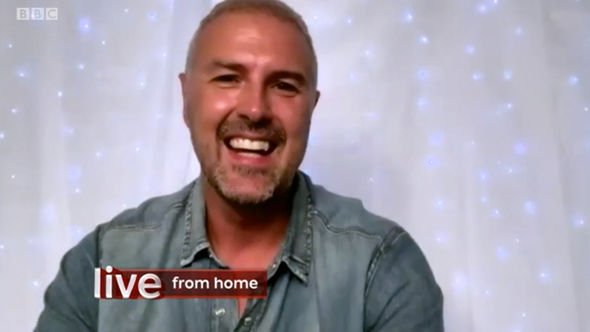 Someone else tweeted: “Loved the joke that paddy made about Dominic Cummings, wasn’t expecting that #TheOneShow.”

“Paddy McGuiness legend there at the end of #TheOneShow #bbc #cummings,” another read.

DC Universe's Swamp Thing Has Been Canceled, Remainder Of Season 1 Will Air