During last Saturday’s (May 1) ITV programme, TV host Alan Carr began the show by introducing three teams of black contestants to play a rebooted version of Michael Barrymore’s Strike it Lucky. Each team had to battle it out against each other in the hopes of winning as much of the prize money as possible. However, during the gameshow, a number of unhappy viewers took to Twitter to protest at the “lack of diversity” the programme had to offer after featuring three teams of black contestants. Despite the backlash from some viewers, others stepped in to praise and defend the programme with many calling out the racist comments.

“Welcome to Strike it Lucky,” Alan began as he introduced the show.

“After a year we have all had I think a bit of luck is long overdue, don’t you?”

“Wouldn’t it be nice to talk about hotspots again without having the word Covid in front of them,” the comedian joked.

“The supersize version of the classic 90s gameshow is back and one lucky team of players could be going home with prizes worth over £25,000. That includes not one but two holidays.” 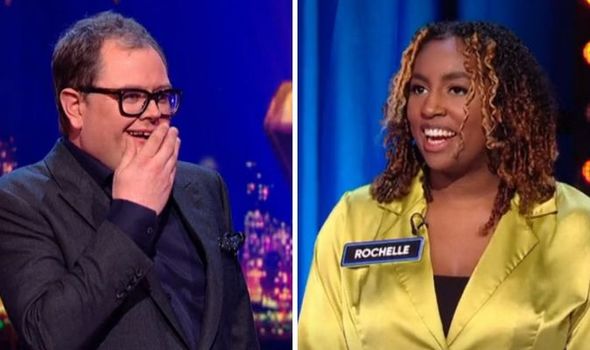 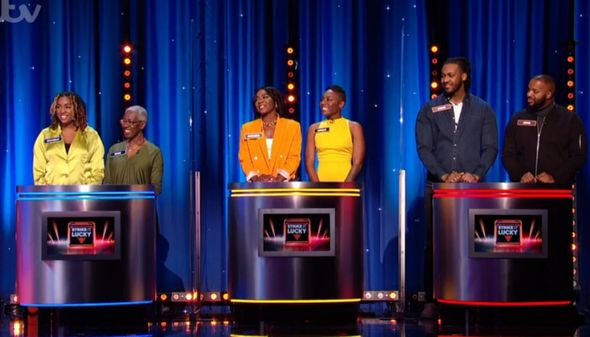 After playing a clip of what prizes the contestants could be taking home, Alan welcomed the teams to the show.

He introduced mother and daughter Rochelle and Rosie, twin sisters Natasha and Natalie as well as friends Craig and Jamie.

“Good luck everyone,” the host continued. “Take your positions and get ready for round one.”

The first round saw a member of each team racing against each other to get from one screen to the other.

Alan added: “The first two teams to make it across will get through to our head-to-head round but for the team that doesn’t make it will be sent home.” 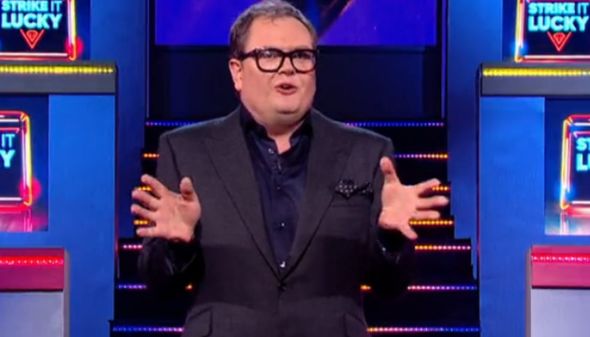 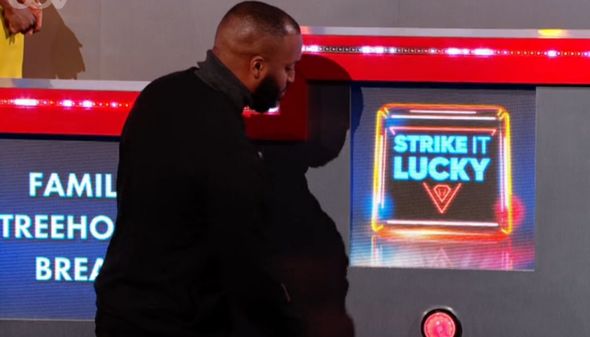 Following the programme, viewers took to social media to share their thoughts.

One unimpressed viewer penned: “For real diversity should have been from 3 different ethnic groups. Not one.”

Another commented: “You call this diversity? Have you looked that word up in the dictionary?

“What I saw tonight certainly wasn’t diversity. How about one black couple and two white couples, seeing as there are more white people in this country?”

A third added: “How about a bit of diversity with the contestants on your game shows. 18% of the UK is bame but 95% of contestants are black? How does this equate to diversity? 100% black? That’s not diversity that’s racism!” (sic)

Despite the criticism, other fans were quick to respond with many hitting back at the negative comments.

“Knew Alan Carr’s Epic Game show would have the fragile white people up in arms that all the contestants are black (which I think is great btw!),” one fan wrote.

Another said: “Keep it up @itv. The more we normalise this, the more we can tackle racism head on.”

While seventh commented “What? Why are people complaining about a black family being on Alan Carr’s game show? Not everyone’s white in this world. Also, IT. IS. A. GAME. SHOW. Why should it even matter?”

“My utter surprise but delight at the fact there are all black contestants on #StrikeitLucky,” one viewer praised.

Another wrote: “At least ITV isn’t trying to please everyone with the ‘diversity quota’. They chose people.”

Vikings: Did Ragnar Lothbrok really die in the series? Will he return?

Big Brother spoilers: Players selected to play for the Power of Veto