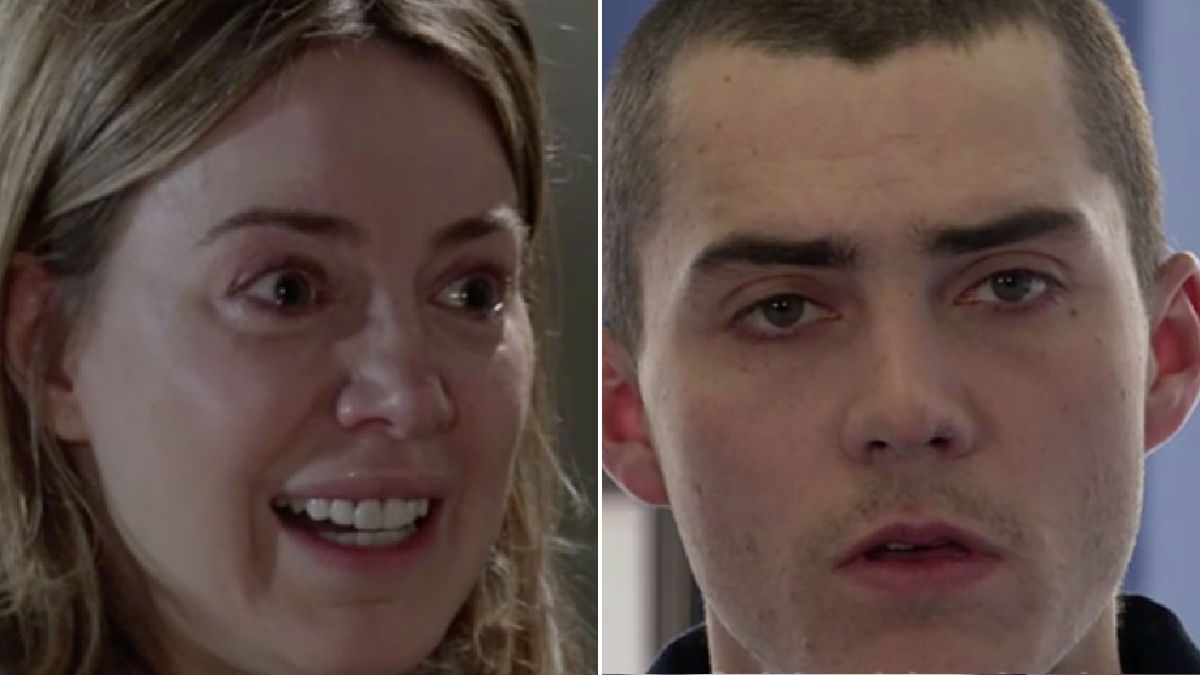 Coronation Street’s Abi Franklin (Sally Carman) describe in detail about how she would like to get revenge on Seb’s (Harry Visinoni) killers.

The grieving mum told Kevin Webster (Michael Le Vell) that she ‘scares’ herself, revealing that she fantasises about the gruesome ways in which she could make the teens responsible for her son’s death pay.

‘I’d smash their heads like pumpkins,’ she said. ‘I’d set them alight and watch them burn in front of me.

‘I’d tear their hearts out by the root, like they’ve done to me!’

Abi broke down in tears, after the revelation, as Kevin watched on.

‘It’s not natural,’ she exclaimed, referring to the dark thoughts she’s having. ‘I scare myself. And now I’ve scared you! I told you it would.’

Kevin, however, completely understood that Abi was grieving, and reaffirmed his love for her – reiterating that he’s not going anywhere.

Abi was extremely grateful, telling Kev that she doesn’t think she can get through this on her own.

The popular character made quite the discovery in tonight’s edition of the ITV soap, as the voicemail which Seb left her prior to his death actually featured audio of the attack.

Abi took the phone to the station, which was then used as evidence to charge Kelly Neelan (Millie Gibson) with the murder.

Coronation Street continues Friday May 14 at 7:30pm on ITV.