Today’s instalment of A Place in the Sun saw Jean Johansson help Lorraine and Jon with their search for a holiday home in the mountain village of Axarquia in Spain. The pair had a budget of £130,000 and Jean managed to find a few properties which really impressed Lorraine and Jon after they revealed they’d already viewed 30 homes themselves.

Lorraine and Jon explained they were looking for a traditional property and that’s how Jean started off the search.

However, she also showed the couple a more modern house which was yet to be decorate or have a kitchen fitted.

While it wasn’t anywhere close to what Lorraine and Jon were originally searching for, the pair were bowled over.

After revealing she’d love a sea view, Lorraine was thrilled when Jean explained the property had two terraces with views. 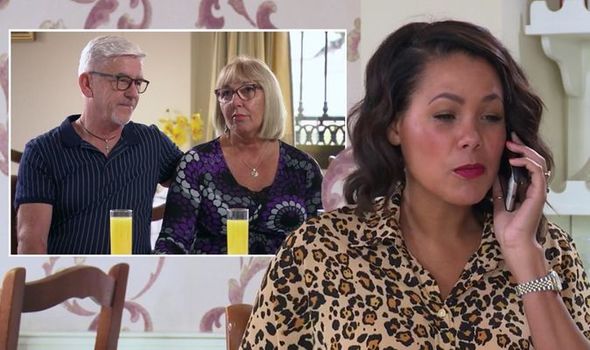 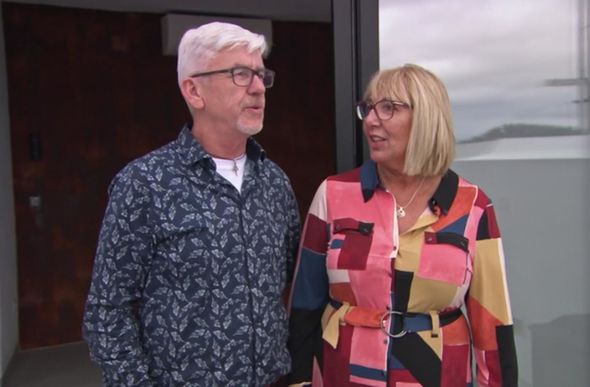 The pair couldn’t hide their excitement over the property and explained Jean had thrown a “spanner in the works” with their search.

“It’s mind-blowing isn’t it?” Lorraine commented as she looked at the modern first bedroom.

“Totally different from anything we’ve seen.”

As the pair looked at the open plan living room and potential kitchen area, she continued: “Ultra, ultra modern. There’s a lot to take in.” 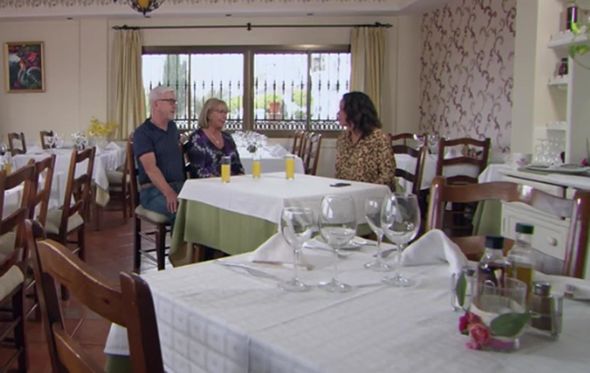 Jon agreed: “I really like this,” as he headed onto the terrace.

“Dear Oh Lord, what do you think of that?” he asked Lorraine of the sea view.

Lorraine replied: “I wasn’t expecting to like this so much. It’s thrown a spanner in the works.”

Jean then took the property to another more traditional townhouse but Jon and Lorraine asked to be taken back to the third and fourth homes.

Later in the programme, Lorraine and Jon confirmed they would like to make an offer on the modern home for £120,000 despite it being on the market for £129,000.

Their first offer was refused and the owner asked for £124,000 with a kitchen included.

Lorraine and Jon suggested they meet halfway with a counter offer of £122,500 and eventually the builder agreed.

Jean was thrilled to have found the couple their dream home as she announced the owner had accepted.

Lorraine could be seen breaking down in tears as she explained she’d “finally found my Shangri-La”.

Unfortunately their happiness didn’t last for too long as Jean revealed after filming concluded, the sale did not go through.

Lorraine and Jon decided the property wasn’t for them after all and pulled out.

A Place in the Sun airs weekdays on Channel 4 at 4pm.

Bard of Blood Netflix release date: When does it start? How many episodes?