A PLACE in the Sun presenter Scarlette Douglas was left struggling for words after a couple burst into laughter at a "grim" farmhouse.

The TV host was helping a couple with a low budget find a holiday home in Spain that was both spacious and not overlooked by any neighbours. 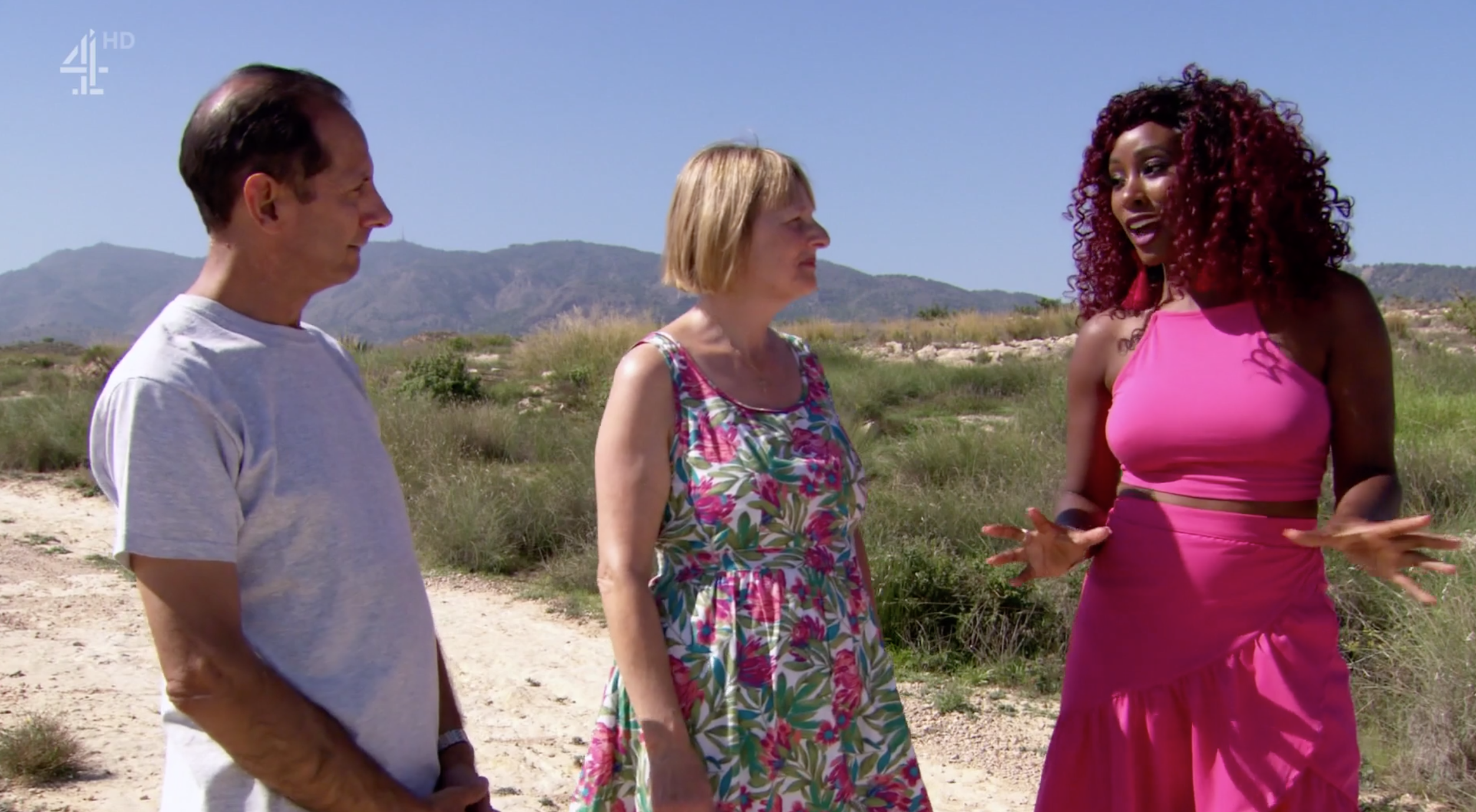 Guests Carol and Tony, from the Midlands, set their budget at a very modest £75,000 – but had a long list of demands for their dream property.

The couple were keen to find a home with a swimming pool, plenty of outside space and no prying eyes of nearby neighbours.

Scarlette attempted to fulfil their demands, showing them five properties around their budget figure, both in town and out in the countryside.

The couple were quick to dismiss the first apartment as they weren't keen on the urban property that was surrounded by other homes. 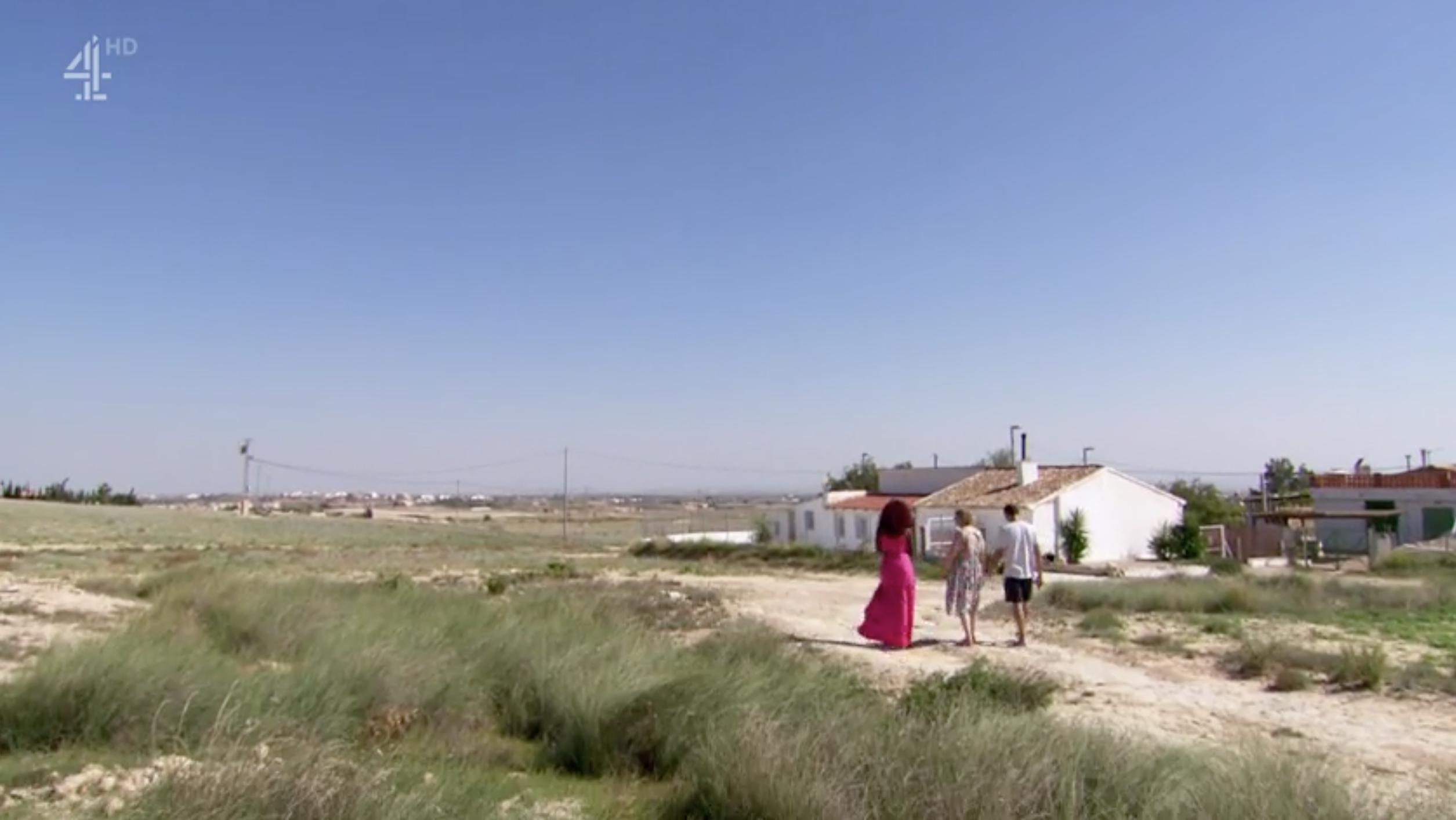 So, in an effort to eradicate the problem, host Scarlette took them to a converted farmhouse near the rural town of Corvera, Murcia.

The three-bedroom, one-bathroom home was minutes away from local bars, restaurants and shops, and also had its own swimming pool.

The generous plot of land covered 500 square meters with not a single neighbour, while the living space inside also boasted a large 100 square meters.

Just over budget at £77,585, the property was full of rustic charm, but Carol and Tony burst out laughing as soon as they laid their eyes on it.

Scarlette said: "I'm taking you out of your comfort zone and showing you this property, now I know you want space and don't want to be overlooked, so here is property number four."

Giggling, Tony hit back: "Definitely not overlooked," while Carol chimed in, also laughing: "Except by mountains."

Insisting they were "open to anything", the couple went on to have a look inside the building by themselves.

Standing in the garden, the couple agreed it was "beautiful" but the home needed "tidying up a bit around the edges" and "needed a lot of work". 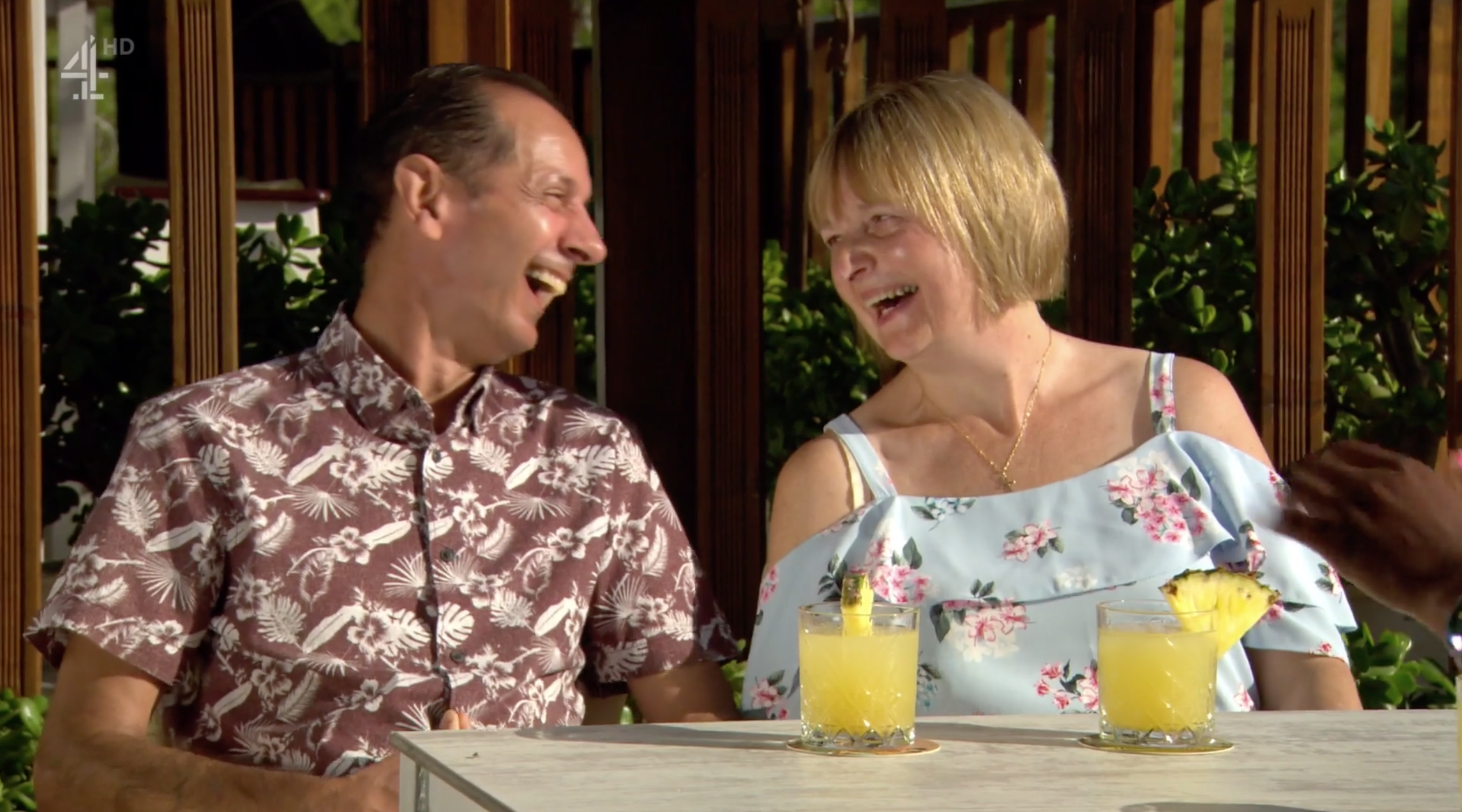 "It does need a bit of a renovation to be honest, and being in the top end of our budget, that's a shame because there's potential," Tony concluded.

Viewers at home were less impressed by the property, and took to Twitter to voice they found it "grim" and referred to it as a "hovel".

"Yikes, this is grim," one woman kicked off the debate, while a second a greed: "That looks grim to be fair to them."

A third simply added: "Nope! Next!", while a fourth joked: "It’s a drug lords hideaway hovel!"

Tony and Carol decided to make a pass on the property, and instead put in an offer on property number three, a two-bedroom villa in Sucina.

After negotiating with the agent, the couple were able to purchase the villa for under their budget at £68,500.