A Place in the Sun: Buyer gets emotional over swimming pool

Channel 4 viewers were transported to the sunny scenery of Costa Blanca, Spain on Tuesday as Ben Hillman hoped to find guests Diane and Mick their perfect home abroad. And it’s safe to say the A Place in the Sun host exceeded all expectations as the waterworks soon began when Diane and Mick set foot in property number five.

With a budget of £120,000, Mick and Diane were looking to relocate to Spain permanently for a life in the sun with their pet two pooches and space for their family to visit.

“It’s gonna be a tricky search,” Ben noted at the start of the journey as he admitted the pair’s budget may have to stretch. “There does have to be a compromise here”

But undeterred, Ben got to work – although he received relatively lukewarm receptions to the first four properties he had to show the two.

Property number five, however, blew everything out of the water as soon as the A Place in the Sun guests set foot outside. 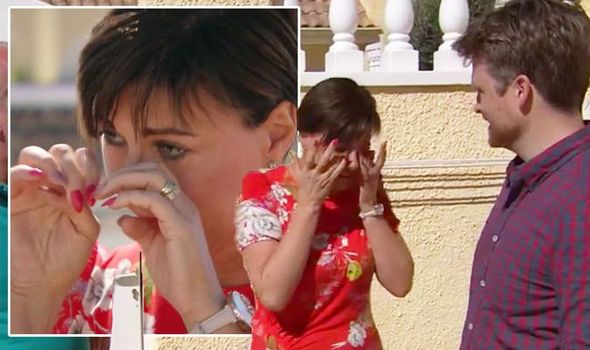 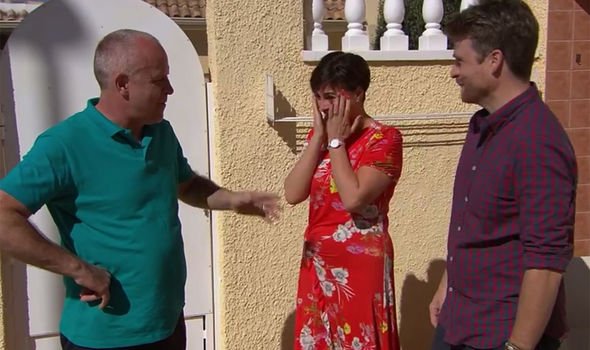 The two-bedroom house with communal pool and small private pool had been on the market for nine months and had recently been reduced to a little over £150,000.

However, Ben did note the owner would be open to negotiations – perfect for Mike and Diane’s newly-extended budget of £145,000.

“If you like it, don’t hesitate,” he mentioned to the two and within moments of stepping foot through the gates, Diane admitted: “I’m stunned.”

Mick and Diane quickly became lost for words and the latter could be seen wiping tears away from her face. 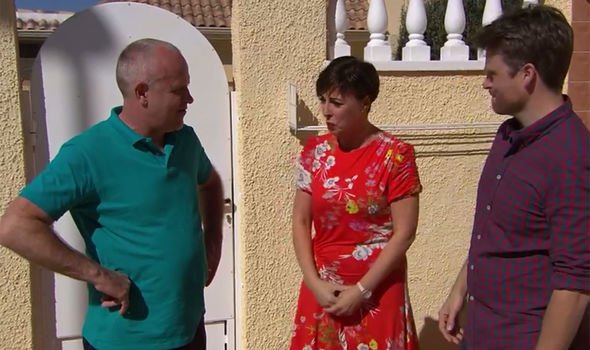 “I could see our Hope [grand-daughter] in there, yeah,” an emotional Diane said.

Comforting the tearful house hunter, Ben commented: “Isn’t that true though? When you can see your family in there it really makes it work for you.”

Diane continued to cry as Mick remained silent, before jokingly telling his other half: “State of you woman.”

Diane regained her composure as Ben took her and her husband inside, with the two quickly falling in love with the home’s interior as well as exterior.

But the tears soon began to fall again when Ben accompanied the duo to the roof terrace.

“There are two other properties in the running at the moment,” Ben asked, with Diane emphatically shutting him down: “Is there?”

With property number five the saving grace, a tearful Diane told Ben: “It’s everything I thought I’d never have.”

Mick may have not become emotional but it was plain to see he too was in love with the property.

Their starting bid was rejected but Ben praised the owner as he was “up-front” and “open” and said the minimum he’d accept was £145,000.

Needless to say, Diane and Mick snapped up the counteroffer and ended up with their dream home in Spain.

A Place in the Sun continues weekdays at 3pm on Channel 4.