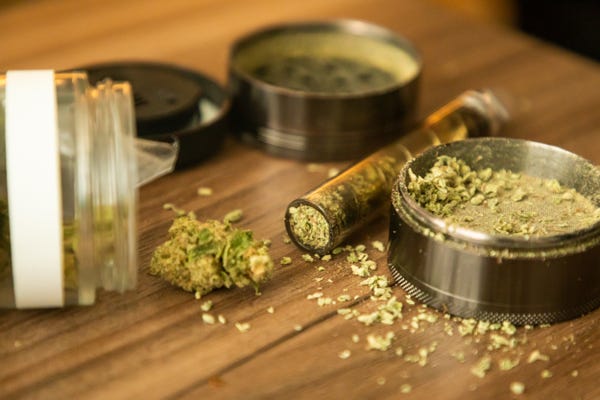 A woman in Texas was arrested on Thursday after a Facebook video appearing to show her toddler brother smoking marijuana went viral.

Larissa Contreras, 18, was charged with child endangerment for allegedly "encouraging" her little brother "to smoke what we now know was marijuana and was becoming physically ill as a result of it," Bexar County Sheriff Javier Salazar said in a press conference on Thursday.

As of Monday afternoon, the video was deleted from Facebook. Fox San Antonio obtained the footage, which has been viewed by Insider.

In the video, which appeared to be first taken on Snapchat, the toddler smokes a blunt that police say contained marijuana. People can be heard laughing as the toddler coughs.

Salazar said the arrest came after someone working for a local child welfare agency reported the video to him on Monday. While being interviewed by authorities, Contreras livestreamed part of a "confession" onto her Facebook profile, Salazar said, calling social media her "downfall."

A second person was later arrested for child endangerment in connection with the video. Local news outlet KSAT reported that Thomas Rey Esquivel, 19, was Contreras' boyfriend.

On Friday, police arrested a third suspect who police believe recorded the video, KSAT reported. The third suspect is 16 and police have not publicly shared his name.

Salazar told reporters at the press conference that he believed "they just thought it was the funniest thing ever, that this little boy was smoking a blunt and coughing."

Insider has reached out to the Bexar County Sheriff's Office for comment.

ABBA reunion: What do they look like now? Will they reunite again?